The U.S. and Canada need to right historic wrongs and honor the Northwest’s consensus to restore the health of the river.

Negotiations over the future of this transboundary relationship began in May 2018 and are ongoing. The final agreement must make Ecosystem Function - the health of the river - a new primary purpose and include Columbia tribes and Northwest citizens in its implementation..

Read more about the current work by the U.S. NGO Treaty Caucus and how you can take action at ColumbiaRiverTreaty.org

In 1961, the United States and Canada signed an agreement to jointly manage a natural shared, transboundary resource – the Columbia River. A creature of its time, the Treaty excluded all values except power production and engineered flood control. As a result, Treaty dams failed to consult the public, excluded affected Tribes (U.S) and Indigenous Nations (Canada), displaced many rural communities, entrenched salmon barriers, degraded river flows and water quality, and drowned ecologically rich habitats.

Today, the Treaty continues to control river flows only for hydropower and flood control. With the ongoing renegotiation of this agreement, our two countries have a once-in-a-lifetime opportunity to right historic wrongs and develop new tools and priorities to help us navigate the challenges we face in the 21st Century and the era of climate change. SOS is working with other NGOs and in coordination with Indigenous sovereigns to advocate for a better future. 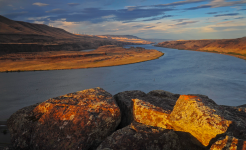 in News
Oct 05, 2022 By Courtney Flatt Salmon advocates want negotiators to consider salmon and the Columbia River’s ecosystem as a part of an agreement between the U.S. and Canada. The agreement, known as the Columbia River Treaty, is around 60 years old. It… Read More 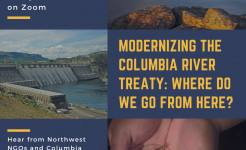 Modernizing the Columbia River Treaty: Where do we go from here?

in SOS Blog
The Oct 4, 2022 webinar explores where things stand for this crucial issue and what the U.S. government needs to achieve in order to ensure a more positive, resilient and just future for the river and the communities who rely upon it. We’re pleased to share… Read More 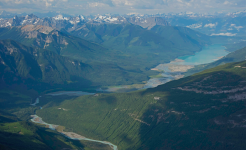 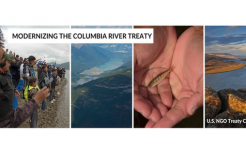 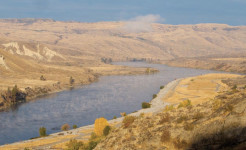 in News
Eight American organizations are praising Canadian efforts By John Boivin, Local Journalism Initiative Reporter, Valley VoiceJul. 30, 2021 The way Canada has engaged with its public on the Columbia River Treaty is getting high praise from a group of… Read More 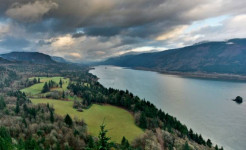 in News
The Associated PressJuly 1, 2021 SPOKANE, Wash. (AP) — A bipartisan group of 21 Northwest lawmakers called on President Joe Biden to prioritize a long-running effort to renegotiate a 60-year-old treaty that governs how the United States and Canada share the… Read More 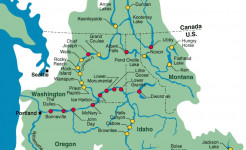 For Immediate Release: Conservationists Urge the Biden Administration to… 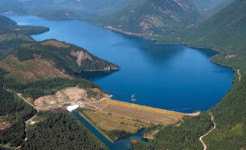 in News
Canada and the U.S. have been renegotiating 56-year-old treaty, which regulates flow of Columbia River Bob Keating and Tom Popyk, CBC NewsDec 12, 202 A cross-border treaty that has regulated the flow of the Columbia River for over 50 years could be in… Read More 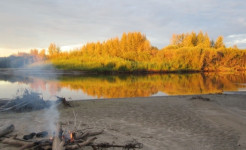 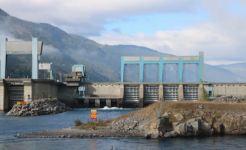 Columbia Insight: How (and why) to fix the U.S.-Canada Columbia River Treaty

in News
By Graeme Lee Rowlands. July 2, 2020. On June 30, the U.S. State Department and government of British Columbia issued a pair of surprising press releases regarding the latest round of Columbia River Treaty negotiations. The brief statements were surprising… Read More

Jun 28, 2018 - Vancouver Sun: Restoring the Columbia/ Water as an opportunity to rebuild our relationship with the U.S.

May 10, 2018 - Spokesman Review Guest Opinion: A modern Columbia River treaty needs to treat the Columbia as one river

Dec 11, 2017 - For Immediate Release: Conservation, fishing and faith groups applaud announcement that negotiations over the Columbia River Treaty will begin in 2018 (Dec. 11, 2017)

Nov 19, 2014 - Views from North of the Border: Treaty must consider climate change

Jun 20, 2014 - Righting Historic Wrongs: A conference on ethics and the Columbia River Treaty.

Mar 13, 2014 - Seattle Times: Weigh all the benefits of the Columbia River Treaty

Oct 16, 2013 - What Save Our Wild Salmon is doing to modernize the Columbia River Treaty

Oct 11, 2013 - Why Save Our Wild Salmon is Working to Modernize the Columbia River Treaty

Oct 10, 2013 - Toronto Globe & Mail: With water treaty to be revisited, future of Columbia River up for debate

Aug 15, 2013 - Save Our wild Salmon submits comments on the Columbia River Treaty