NAIADS: When Will Salmon Return to the Spokane? 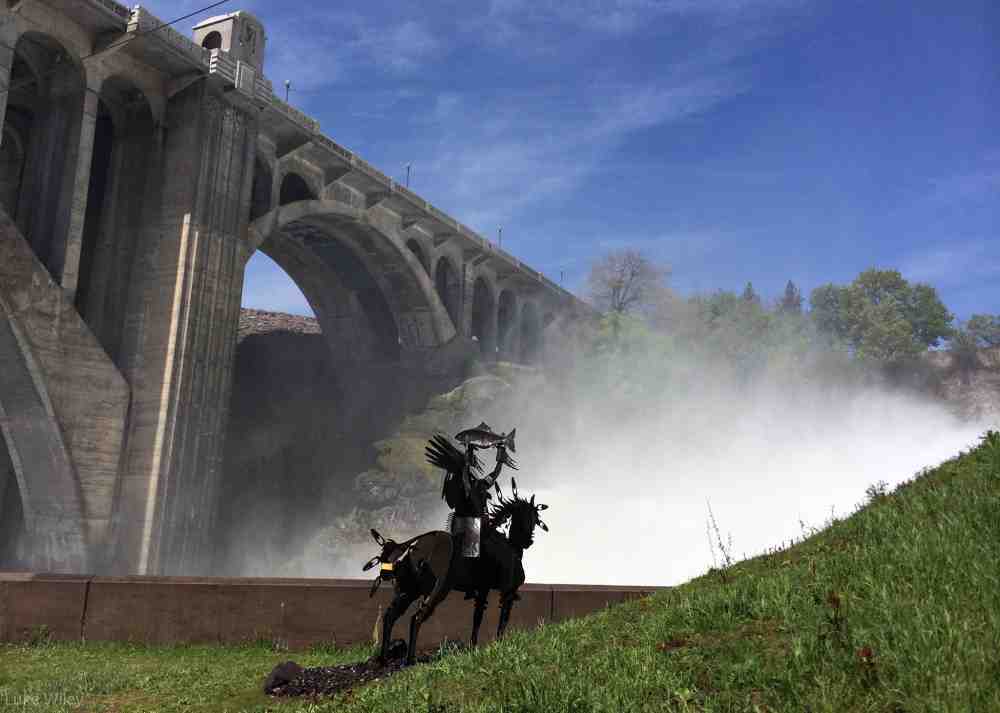 Not just sockeye, but wild sockeye, are returning to the Washington and British Columbia Okanogan country in record-breaking numbers, right now.  Lynda Mapes tells the wonderful story in yesterday’s Seattle Times, “On Columbia, ‘just add water’ seems to be working.”

Water flows are critical to salmon’s ability to get up the river, around the dams, and home to natal spawning grounds.  For Okanogan sockeye, the water spills at Columbia River dams ordered by Judge Redden, as part of the epic Columbia hydropower system Endangered Species Act lawsuits, are proving their merit this year with sockeye’s return.  And just as critical, the Native Nations of the Okanogan Nation Alliance have been the leaders in calling the salmon home — through hard work, collaboration, negotiation, and faith.

When will salmon — in this case Chinook and steelhead — return to the Spokane River?  The “calling home” has begun, with official discussions of fish passage at Grand Coulee and Chief Joseph dams, with the Spokane City Council’s endorsement of the NW Power Council’s proposal for return of salmon to the Upper Columbia, and even with the Salmon Chief sculpture installed at the base of the Spokane Falls in May.

And maybe, just maybe, the Washington Department of Ecology will come to understand its role to ensure enough water in a critical spawning and rearing area for our future salmon, when it adopts an instream flow for the Spokane River later this year.   So far, Ecology has not seen its place in this calling of the salmon home.

But it’s not too late.

Salmon will return to the Spokane.