Tom Stuart and is a lifelong fisherman, a retired USAF aviator, HR specialist, and central Idaho business owner. His commitment to NW salmon recovery led him to Idaho Rivers United, where he has served for years as a board member and representative to SOS. Educated in Physics, History, Teacher Education and Business, he has been personally involved in salmon and steelhead restoration efforts in state, regional, and national venues and decision processes since 1990.

He says, “Serving the Save our wild Salmon (SOS) Coalition, with its diverse membership, strong leaders and committed staff representing 6 million people nationwide, is a huge honor and responsibility. If we work together, I know we can succeed in bringing back wild salmon to many Northwest watersheds.”

Tom and wife Anne Pasley-Stuart live in Boise and Stanley, Idaho. Their daughter Lisa and family live in nearby Eagle.

Giulia Good Stefani works to protect marine mammals and other wildlife, wild places, and communities from environmental injustices. Prior to joining NRDC, she taught and supervised a law clinic at Yale Law School as a Robert M. Cover Fellow, worked for a small Los Angeles law firm, and clerked for the Honorable Richard A. Paez of the U.S. Court of Appeals for the Ninth Circuit. She represents NRDC on the Orca Salmon Alliance and as an advisor to the Emergency Orca Task Force created by Governor Inslee in 2018. She holds a bachelor’s degree in biology from Dartmouth College and a J.D. from Yale Law School. Stefani works out of Mosier, Oregon.

Joel Kawahara is a commercial fisherman in Washington and Alaska. He is an active member of the Coastal Trollers Association and has sat on the board of Save Our Wild Salmon for many years. Joel also serves on the board of the Alaska Trollers Association and has served for more than a decade as a member of the Habitat Committee for the Pacific Fisheries Management Council.

Norm has been fishing ever since he moved to Oregon in the early 1950s. Since then he has increased his involvement to include volunteering for stream surveys, serving on the boards of the Association of Northwest Steelheaders (ANWS) chapters and holding president and co-president titles in the association. ANWS is a member based organization of sports anglers dedicated to restoring and enhancing salmon, trout and steelhead populations and their habitats for present and future generations. Norm has written many "how to" articles and was appointed by the governor to the Salmon Trout Advisory Committee late last year. Norm is the newest member of the board, appointed in 2004. 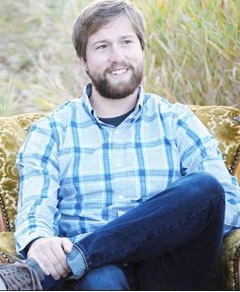 Brian grew up in Idaho hunting and fishing in every corner of the state. He has had a fly rod or spinning rod in his hands since he was four years old and began hunting birds at 12. Big game soon followed. Idaho’s extensive system of public lands kept Brian in pursuit of fish and game further and further into the backcountry. Combining the exploration of Idaho’s seemingly limitless wild places with the primal participation in the cycle of life and death, Brian developed a respect and reverence for land and wildlife and the active role sportsmen and women play in their management.

The realization that our accessible public lands, clean waters, and robust fish and wildlife populations didn’t happen on accident motivated Brian to pursue an education that would give him the tools to work to preserve and enhance the opportunities he grew up with for others, forever. He received a B.S. in Conservation Social Science, a Masters of Natural Resources, and a Certificate in Restoration Ecology from the University of Idaho. Brian’s professional experience includes leading habitat restoration and trail crews, forestry, salmon and steelhead restoration planning, wildlife rehab/sanctuary manager, outdoor writer, and natural resource policy. 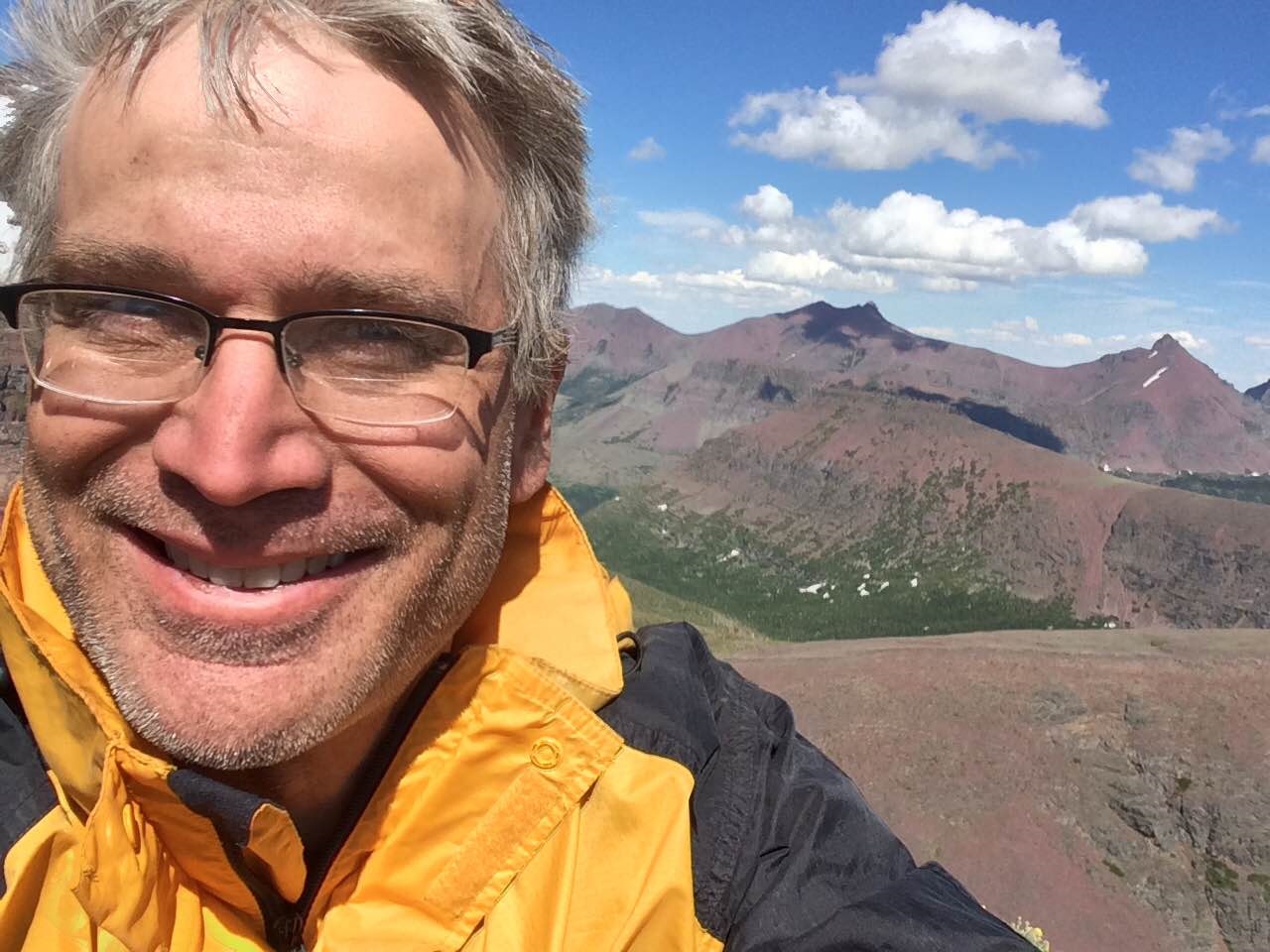 Dave Dittloff brings twenty-four years of experience operating in the conservation nonprofit realm.  For more than seventeen years Dave has been working with National Wildlife Federation (NWF) affiliates to build their capacity and further a wide variety of conservation and education campaigns with them.

Prior to coming to NWF, Dave worked for the Montana Wildlife Federation, the Wyoming Wildlife Federation, the Rocky Mountain Elk Foundation, and the Five Valleys Land Trust.  Dave has a good knowledge about best management practices for small conservation nonprofits, a strong policy background in climate change and fisheries, and a great deal of experience organizing and conducting grassroots advocacy campaigns.  Dave received a Master’s in Public Administration from the University of Montana and degrees in Political Science and Economics from the University of Wisconsin.  Outside of the office, Dave enjoys his time in outdoors and being with his three daughters. 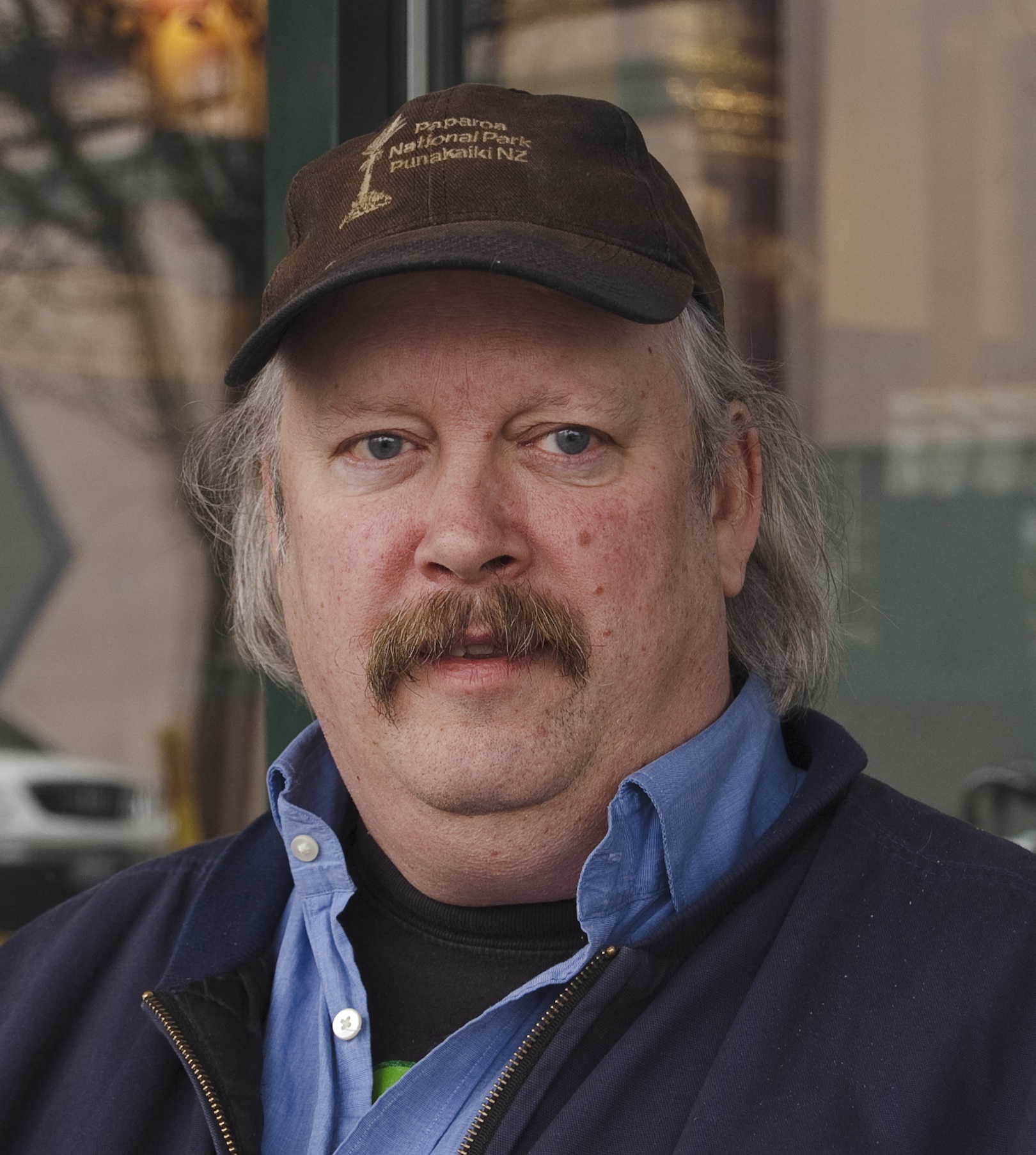 Fred has worked for NW Energy Coalition as Senior Policy Associate since February 2011, and is very pleased to be involved with NWEC as staff after being a co-founder and board member in the 1980s.  Fred has a deep background in energy and climate policy and worked at several firms involved with energy efficiency program evaluation in the Northwest and nationally. In the 1990s, he formed a database services business assisting nonprofit groups around the country.  He has been active in the Sierra Club’s national energy and climate effort and leads their delegation at the UN climate conferences.

Steve Mashuda joined the Board of Save Our Wild Salmon in 2002 and has been helping with litigation for the campaign as Earthjustice's Save Our Wild Salmon Project Attorney since 2000. Steve graduated from Vermont Law School where he also earned a Master of Studies in Environmental Law in 1997. Prior to joining the Northwest Office of Earthjustice, Steve spent two years as an associate attorney in Earthjustice's Northern Rockies Office in Bozeman, Montana. In his spare time, Steve (mostly unsuccessfully) chases after salmon and steelhead with his fly rod and (more successfully) photographs his friends with their catches. He looks forward to a day when wild salmon and steelhead are recovered and abundant in the Columbia River basin so his kids won't have to travel to Alaska to have a shot at catching their first wild steelhead. 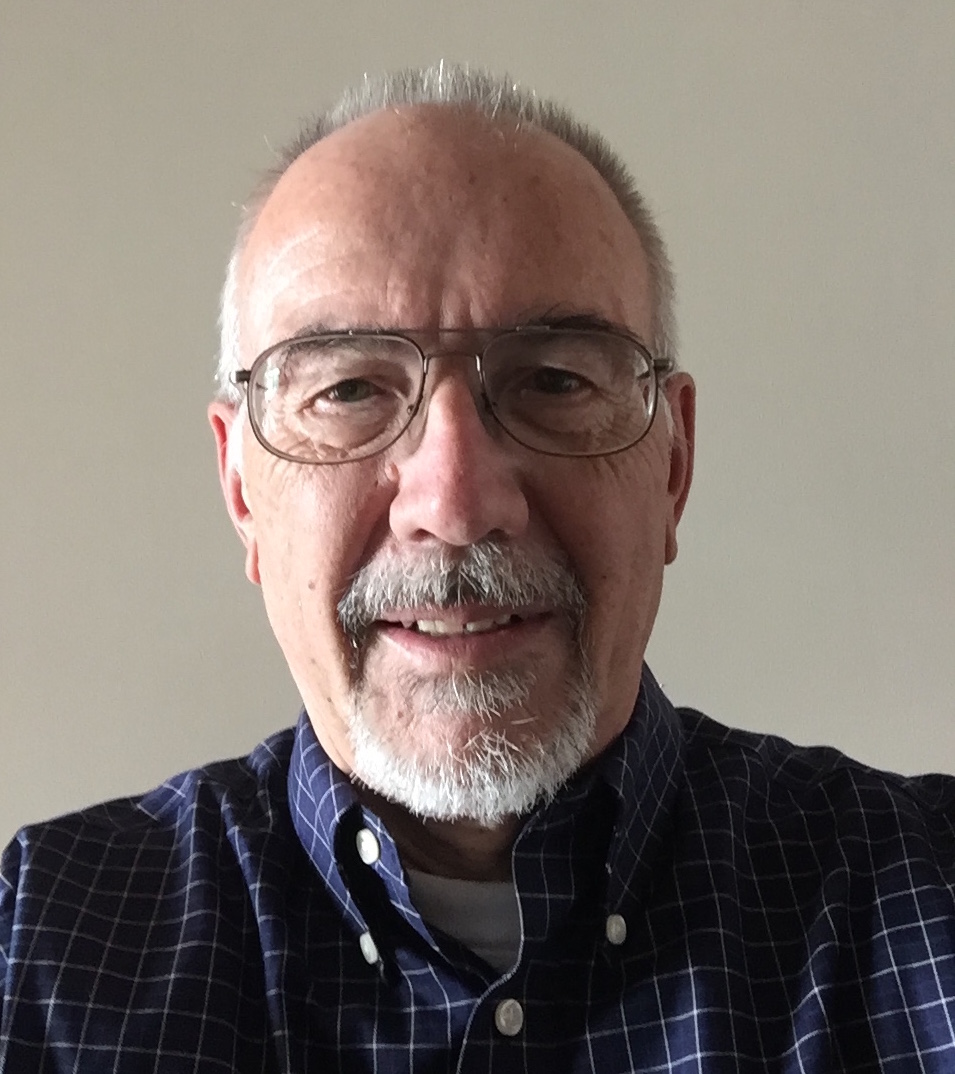 Steve is an Alaska, Bristol Bay, commercial fisherman. He is retired from the Boeing Company where he held various financial and contract management positions.  Steve has been active with Washington Wildlife Federation since 1993, having served previous terms as vice-president and president.  He is also  currently Treasurer of Washington Wildlife Federation and a vice-president. 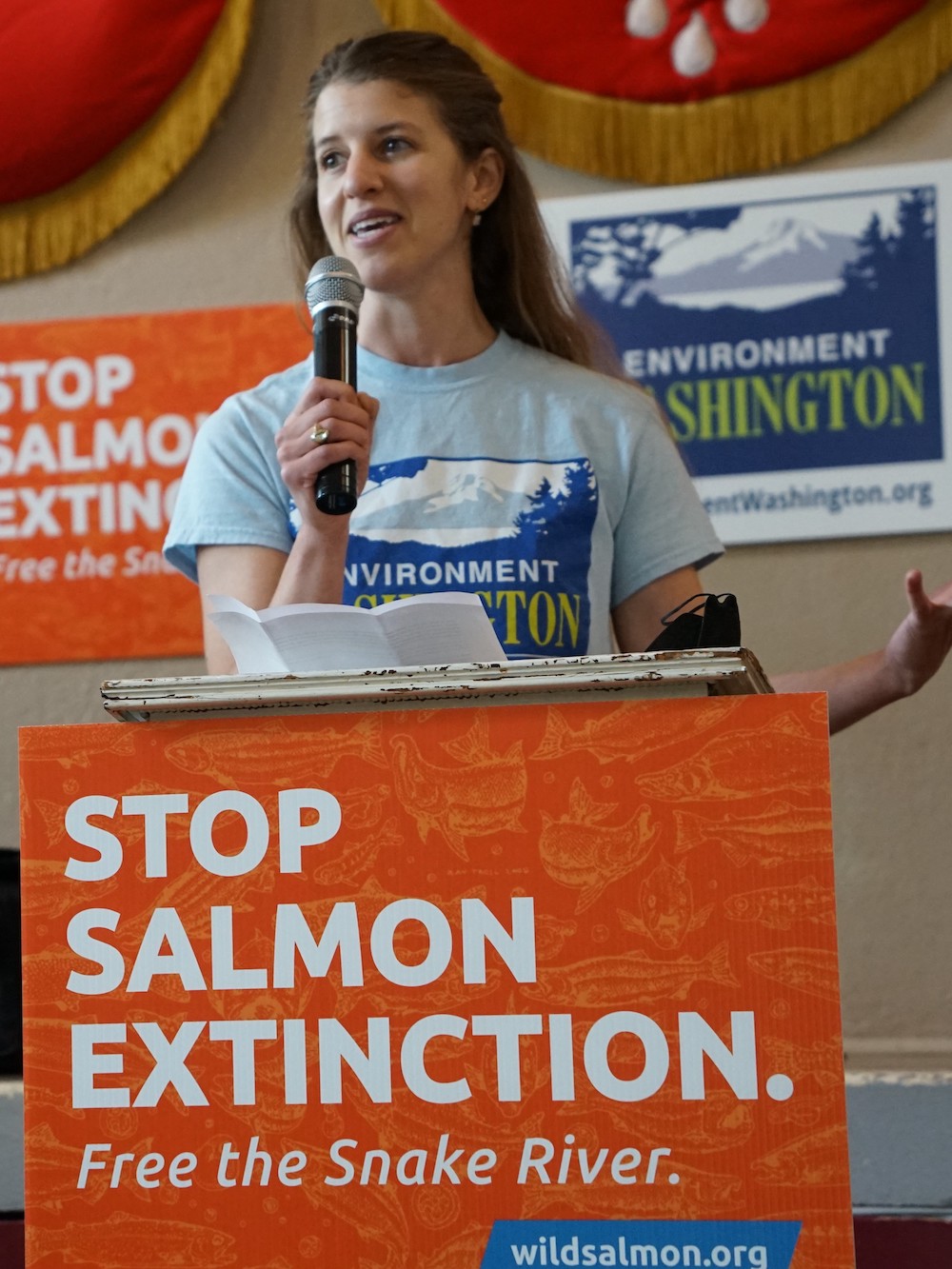 Pam Clough is an advocate with Environment Washington, a membership based grassroots advocacy organization with a mission to protect clean air, clean water, and our special places. She got involved in grassroots organizing and advocacy after graduating from Wake Forest University in North Carolina in 2014, and has spent the last 8 years supporting a variety of public interest campaigns across the country. Pam's organizing has helped reduce kid's exposure to lead in drinking water in Washington public schools, ban polystyrene foam packaging peanuts and food containers in Washington state, and restore clean water act protections through the waters of the US rule. She is an avid lover of wildlife and outdoor recreation, and spends as much time as possible skiing, hiking, gardening, boating, mushroom hunting, climbing, or pretty much anything that gets her outdoors.

Bob Rees is the founder and president of the NW Guides and Anglers Association (NWGAA). A licensed charter boat operator and fishing guide, Bob formerly worked for the Oregon Department of Fish and Wildlife and the National Marine Fisheries Service conducting seasonal positions between Oregon and Alaska. A native Oregonian, Bob grew up fishing NW Oregon in pursuit of salmon, steelhead and sturgeon and his business and industry rely heavily on the health of Columbia River fisheries. He has been involved in countless conservation measures and stands by the Association's mission to protect, enhance and promote healthy sportfisheries and the ecosystems they depend on in the Pacific Northwest. Bob's great grandfather once owned an island upstream of what is now The Dalles Dam. The island submerged, Bob now advocates for the recovery of listed Snake River fish so they don't meet the same fate of what would have been his heritage.

Since 1992, Glen Spain has served as the Northwest Regional Director and Salmon Protection Program Director for Pacific Coast Federation of Fishermen's Associations (PCFFA), the west coast's largest trade association for commercial fishing families, and is the founder and Program Director for the Institute for Fisheries Resources (IFR), which directs PCFFA's Salmon Protection Program. For nearly 30 years he has been a vocal advocate for salmon watershed restoration on both private and public lands, has served on numerous advisory committees and Boards in both California and Oregon, and currently serves on several advisory committees dealing with water pollution and salmon protection standards. Glen received his law degree from New College School of Law in San Francisco, CA and practiced law for 18 years prior to joining PCFFA as full-time staff. 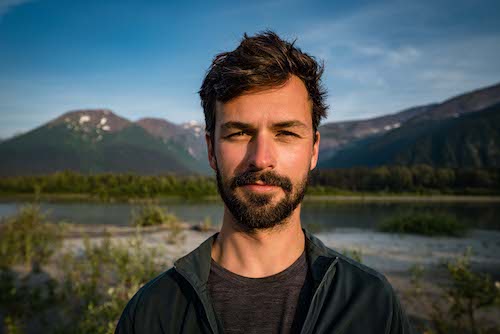 Alex focuses on preserving lands and rivers in the Northwest, fostering connections to wild places, and advocating for public engagement in Federal land management. Before joining Sierra Club, Alex worked for the district office of Sen. Sanders to connect with communities and individuals in his home state of Vermont. He spends as much of his free time as possible exploring the Northwest by foot, skis, bicycle, or boat.