Restoring Columbia Basin salmon is a key to orca survival

The tremendous salmon recovery potential in the Snake and Columbia Rivers and their tributaries makes this basin a top priority for rebuilding the Chinook salmon populations our endangered Southern Resident Killer Whales need to survive and recover.

With just 73 whales remaining in the wild, the Northwest’s Southern Resident Killer Whales are among our nation’s most endangered species. The leading cause of decline: lack of sufficient prey resources – Chinook salmon. With its historic productivity, low human population, and remaining pockets of large, high, pristine and well protected habitat, the Columbia and Snake River Basin represents our nation’s best opportunity to restore the large numbers of Chinook salmon that endangered, hungry orcas need to survive and recover. 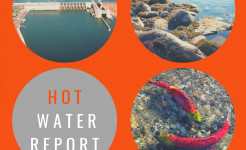 in SOS Blog
I. INTRODUCTION Welcome to Save Our wild Salmon’s Hot Water Report 2022. During the summer, this weekly report provides an update on real-time water temperatures in the lower Snake and Columbia River reservoirs via graphs and analyses, a summary on the… Read More 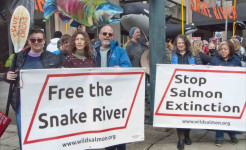 The News Tribune: Activists rally in Tacoma for Northwest salmon — next event…

in News
By News Tribune StaffMarch 27, 2022 Activists rallied Saturday in Tacoma on behalf of Northwest salmon runs, calling for removal of four dams on the lower Snake River, and seeking attention from state and federal elected officials. The “Stop Salmon Extinction… Read More

in News
By Lynda V. MapesMarch 2, 2022 A new calf was born to J pod of the southern resident orcas, Center for Whale Research director Ken Balcomb confirmed Tuesday morning. But the birth to orca mother J37 is tempered with news of the loss of two other pregnancies… Read More 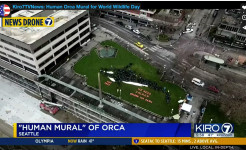 in News
By KIRO 7 News StaffMarch 4, 2022 SEATTLE — A human mural of an orca whale was created by activists for World Wildlife Day on Thursday. About 100 people carrying black umbrellas gathered on the lawn of Victor Steinbrueck Park in Seattle to create a mosaic in… Read More 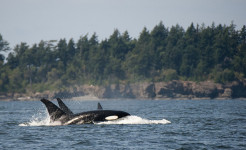 in News
By AP staffSeptember 21, 2021 The Center for Whale Research has declared an orca in one of the Puget Sound’s endangered Southern Resident killer whale pods “missing and likely dead.” The Bellingham Herald reports mother and grandmother L47, or Marina as she… Read More 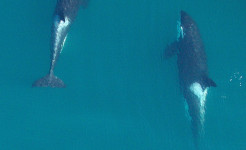 The Seattle Times: Skinny orcas are up to 3 times more likely to die than…

in News
By Lynda V. MapesAugust 18, 2021 Skinny southern resident killer whales are two to three times more likely to die in the next year than whales in a healthy condition, new research shows. In a paper titled, “Survival of the Fattest,” scientists used drone… Read More 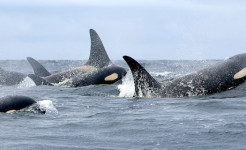 Atmos Magazine: The Frontline - To Our Relatives in the Water

in News
Across the Pacific Northwest, many tribal nations see the salmon and orcas as relatives, but recent heat waves are challenging the ability for them to survive. The Frontline examines efforts to save these endangered species and their cultural significance. By… Read More 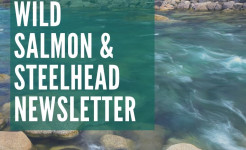 in Newsletters
Wild Salmon & Steelhead News is published by the Save Our wild Salmon Coalition. Read on to learn about the Columbia-Snake River Basin’s endangered wild salmon and steelhead, the many benefits they deliver to people and ecosystems, and the extinction crisis… Read More 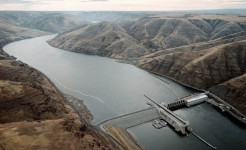 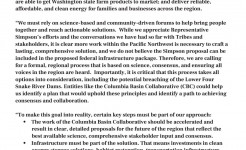 Joint press statement from Senator Murray and Governor Inslee (May 14)

Sep 30, 2019 - Seattle Times: Chasing a memory - In California, orcas and salmon have become so scarce people have forgotten what once was. Will the Northwest be next?

Sep 4, 2019 - Daily Kos: The politics of starving orcas - Why human folly is killing off an endangered population

Aug 15, 2019 - Seattle Times: Both orca babies are alive, and all 3 southern resident pods have been spotted in Canadian waters

Aug 13, 2019 - Crosscut: A new film argues Lower Snake dams make life worse for salmon, orcas and everyone in the PNW

Aug 7, 2019 - Seattle Times: Where are the salmon and the orcas? Tribe, scientists grapple with unprecedented disappearance in Washington waters

Jul 16, 2019 - Seattle Times: Mother orca Tahlequah and her dead calf, one year later. How did she change the conversation?

Apr 22, 2019 - Crosscut: Will limits on fishing free up salmon for starving orcas?

Apr 17, 2019 - Chinook Observer Editorial: Orcas should be allies not enemies in salmon efforts

Mar 18, 2019 - Everett Herald Editorial: What look at Snake dams can mean for orcas and us

Mar 15, 2019 - CBB: Salmon Fishing Rules Off NW Coast To Be Guided By Need To Protect Low Numbers Of Chinook

Feb 24, 2019 - Seattle Times: Hunger, the Decline of Salmon Adds to the Struggle of Puget Sound’s Orca

Feb 13, 2019 - The Spokesman-Review: Diverse group of outdoor enthusiasts urges Legislature to fully fund the Washington Department of Fish and Wildlife

Dec 20, 2018 - Tri-City Herald: If Snake River dams are breached, what would happen? We must get our message out

Nov 19, 2018 - Tri-City Herald: State task force names 36 ways to save orcas. What does that mean for tearing down the dams?