Researchers spotted the killer whale they call J35 alongside her “robust and lively” new calf on Saturday — a ray of hope for the endangered Southern Resident population off the Pacific Northwest. 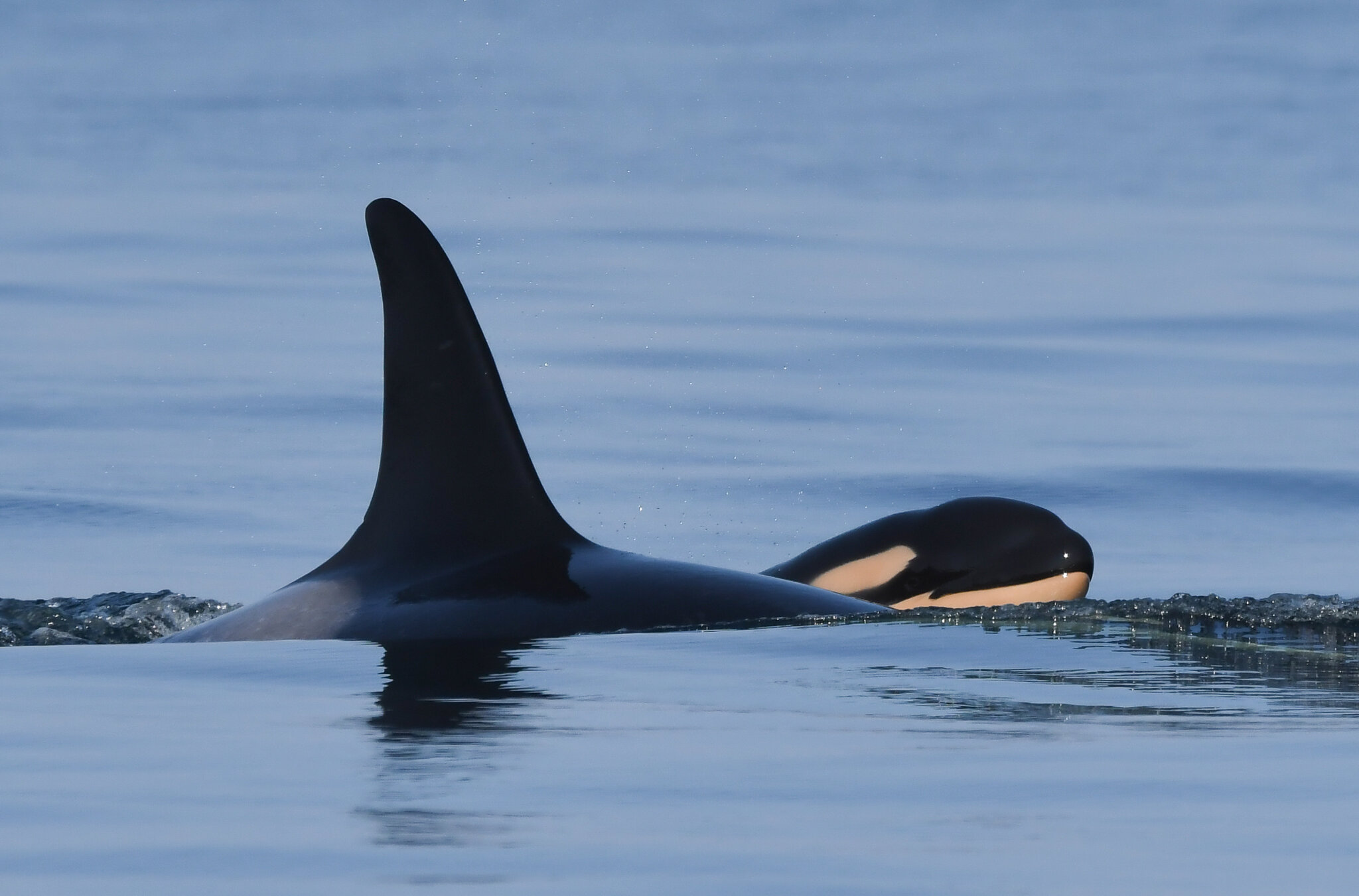 An orca that once spent 17 days carrying her dead calf — a dramatic saga of apparent mourning — has become a mother once again.

The orca, identified by researchers as J35 and also known as Tahlequah, became a symbol in 2018 of the plight of the Southern Resident whales, which were 88 in number when they were listed as endangered in 2005 and have dwindled further since then. The birth of the new orca, which was seen for the first time by researchers on Saturday, brings the population to 73.

“It’s a bit of a nail-biter right now,” said Dr. Deborah Giles, a whale researcher at the University of Washington’s Center for Conservation Biology. “I can’t help but be thrilled that she had this baby and this baby didn’t die right away. Everybody is worried and on pins and needles, wondering if this calf is going to make it.”

The Southern Resident population of orcas, which are also known as killer whales, includes three pods that largely stay near Washington State and British Columbia. The whales have been struggling to endure a variety of troubles — a scarcity of high-quality prey to eat, noise pollution from ships and boats in their habitat, and toxic pollutants that make their way up the food chain to them. Many of the population’s pregnancies fail, and about 40 percent of the calves who are born die in their first year.

J35 had a calf in 2018 that died shortly after birth off the coast of Victoria, British Columbia. The mother continued to carry the calf, pushing it through the water and repeatedly diving deep to retrieve it when it fell away. Orcas sometimes do that for a little while, but J35’s journey of apparent grief lasted 17 days and covered about 1,000 miles, attracting wide attention at a moment when government agencies were grappling with how to alter the population’s downward trajectory.

Ken Balcomb, founding director of the Center for Whale Research, documented the newest calf, listed now as J57, in the Strait of Juan de Fuca, which separates the Olympic Peninsula of Washington from Vancouver Island.

“The baby looked very robust and lively, so I have good expectations for this one surviving,” Mr. Balcomb said.

He added that he was hopeful that recent efforts could bring back more robust runs of chinook salmon, the primary food source for the Southern Resident orcas. He pointed to the removal of a dam on the Elwha River, which empties into the strait, as a possible turning point.

Two other whales in the pods also are pregnant, Mr. Balcomb said. Researchers watch each of them closely, he said, because the pods now have only a half-dozen families that have been really successful at producing calves. J35 had a calf in 2010 that is still alive.

Photos taken by researchers on Saturday show the new calf, J57, poking its head out of the water and swimming alongside its sibling and its mother.

Mr. Balcomb said the three pods that make up the Southern Resident population had all gathered in the same spot, in an area where salmon were running. He said it looked like a party, with a lot of breaching and communication among the whales.

“It was like a big picnic,” Mr. Balcomb said.