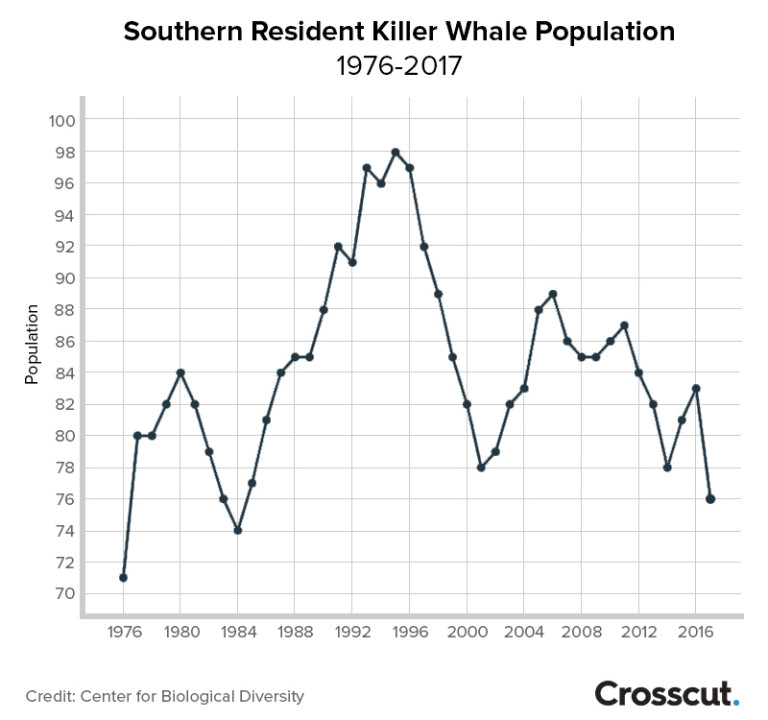 Like many people throughout the Pacific Northwest, I was recently uplifted by the news that Tahlequah, the mother orca who captured the world’s attention during her tour of grief in 2018, gave birth to a healthy new calf. Southern resident orcas are one of the world’s most endangered wildlife populations, so every new calf is precious.

While I am cautiously optimistic, I remain concerned about the future this newborn orca and his family face as they search for increasingly scarce salmon.

Salmon are the lifeblood of the Pacific Northwest’s ecosystems, culture and economy. Over 100 species of wildlife rely on salmon. Recreational and commercial fishing businesses support countless rural communities from the coast to the Palouse.

For tribes who have lived in the Northwest since time immemorial, salmon are both an essential food and a keystone of tribal culture. Sadly, salmon runs have been devastated after years of damming and polluting rivers across the Northwest.

Today, salmon are reaching a tipping point, threatening the survival of humans and wildlife alike.

With fall now here, southern residents will soon be heading towards Tacoma; they will follow the chinook salmon that will return to the Puyallup River, which was recently polluted by owners of Electron Dam.

This isn’t the first time Electron has killed off endangered salmon and threatened the Puyallup Tribe’s fisheries. Missteps by dam operators resulted in the listing of the Puyallup as one of the country’s most endangered rivers.

Other river systems in the region need attention, too. Spring chinook in the Columbia River are critical to pregnant females to support and raise growing calves.

Recently, these Snake River dams were implicated in heating water temperatures to lethal levels for salmon.

Computer models have shown that by removing the four dams, water temperatures will be cold and safe enough for salmon as they migrate through the Columbia and Snake rivers. Removing the lower Snake River dams would be the single-most impactful action for struggling salmon and orcas.

River restoration is critical to honoring tribal treaty rights. Tribes across the region have led the way on many dam removal efforts, including the Elwha, Pilchuck, Nooksack and White Salmon rivers.

Time and again after a dam is removed, salmon come back in greater numbers, benefiting the ecosystem.

Today, Puyallup tribal elders are calling for the removal of Electron Dam, and almost every tribe in the Pacific Northwest sent comment letters to the federal government supporting the removal of the four lower Snake River dams.

Removing dams can be complex. Fortunately, people across the region — business owners, tribes, farmers, elected officials — are beginning to look at how we can do things differently on our rivers.

Even utilities, which buy power from dams, are saying we need to think in new ways. Puget Sound Energy recently announced it would cancel its power purchase agreement with Electron. And eight regional utilities, including Tacoma Power, joined conservation organizations in outlining shared goals to recover lower Snake River salmon while maintaining affordable and reliable electric service for the region.

Salmon built and defined this region, and the people who have lived here the longest have always known that what’s good for salmon is good for all.

With the arrival of the newest orca, we have an opportunity to decide what sort of future we want.

Do we want to struggle to find salmon for our community? Or do we want a future where Tahlequah’s newborn can thrive, with abundant salmon runs from a restored Puyallup River to a free-flowing Snake River?