Chinook Observer: Editorial - Only smart, honest policies stand in the way of extinction 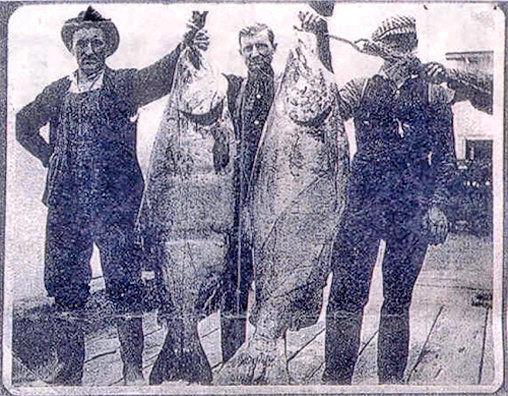 Setting aside for the moment that 2019 coho returns are predicted to be healthy and Buoy 10 fishing was hot over the holiday weekend, this has been another of many troubling years for Columbia River salmonids.

Last year, the total return to the Columbia of Chinook, coho, steelhead and sockeye came to 665,000 — far below the current 10-year average of 2.21 million. We also must bear in mind that this current average is far below the pre-dam era.

This year, the forecast is for 349,600 fall Chinook (on top of the 54,657 spring and 51,050 summer Chinook counted at Bonneville), 726,000 coho to the river’s mouth, 62,600 sockeye and 86,000 steelhead. Chinook, sockeye and steelhead predictions have all been downgraded as fish have straggled into the river. All told, returns are sure to be under 2 million — possibly far under.

Most of the increase over 2018 will be thanks to hatchery coho, for which fishermen and fishing communities are grateful. The optimistic coho forecast is based on the belief that ocean conditions have favored this year’s returning class of adults. But ocean conditions are hard to read with precision, and forecasting salmon returns is as unsure as forecasting the weather months in advance. We shall see if biologists are right about 2019 coho. All we can confidently say now is so far, so good.

Ocean conditions off the mouth of the Columbia have brought albacore tuna remarkably close to shore — as little as 14 miles by some reports.

This is a windfall for sport fishermen, who ordinarily must venture uncomfortable distances into the Pacific to find albacore schools. But the season has been mediocre at best for commercial tuna boats. A current approaching 70 degrees is hosting bluefin tuna, marlin, Humboldt squid and other species seldom seen at this latitude. Though novel and exciting, such departures from normal signal a worrying degree of instability in the local marine environment.

Brian Burke, an ocean scientist with NOAA Fisheries in Seattle, commented about gyrating temperatures to the Columbia Basin Bulletin: “My new answer is the ocean is still changing; we are seeing more variability, and ‘typical’ and ‘normal’ conditions are difficult to define.”

This obvious and irrefutable instability in the ocean is ample reason to keep a close eye on Trump administration plans to tinker with Endangered Species Act protections.

The pullbacks include softening what it means to ensure species survive for the “foreseeable future”; this from a fossil-fuel-dominated administration that professes not to believe in human-caused climate change.

Experts are worried about the ESA changes.

Almost since the day President Nixon signed the ESA into law in 1973, many have recognized its flaws. Trump is far from the first to suggest a need for better ways to weigh the economic costs of avoiding the extinction of a species. There are examples of many millions being spent to preserve a species when the same sum might have achieved far more by saving or restoring entire habitats.

Too often, as in the case of northern spotted owls, ESA protections for a species serve as a backdoor way to impose restrictions on an entire region and industry.

A smart revamp of how we protect species might focus less on fiddling with or sabotaging details of the current law, and instead looking ahead to how we can best preserve the functionality of different kinds of environment for the benefit of the broadest cross section of species. Cost effectiveness will become more and more mandatory as sea levels and temperatures rise.

But in Nixon’s time and now, trust is the issue. In 2005 regarding the comparatively moderate Bush administration, we editorialized that ESA laws and, more importantly, the realities of endangered species recovery do not neatly conform to whatever is most convenient for political operatives who staff the upper levels of the NOAA Fisheries service, Bonneville Power Administration, Bureau of Reclamation and the U.S. Army Corps of Engineers.

This is even more true today, with many top environmental and land-use posts under Trump manned by former industry lobbyists and lawyers.

In a long series of actions that would be politically and legally inconceivable today, these federal agencies turned the world’s greatest salmon river into a series of canals, dams and reservoirs.

Those who profit from the status quo have tried every trick in the book to keep the nation from revisiting this decision to harness the Columbia-Snake River system. This debate will grow even more intense as we weigh the needs of orca for more Chinook versus the relatively climate-neutral benefits of hydropower. At a minimum, agencies must continue to develop smarter ways to allow salmon and dams to coexist.

Honest, unbiased, science-based policies will be the only way to navigate the existential threats facing some salmon runs and other species.

How well we thread this needle, this narrow space between extinction and survival, will determine how our descendants judge us and what kind of a world we leave them.