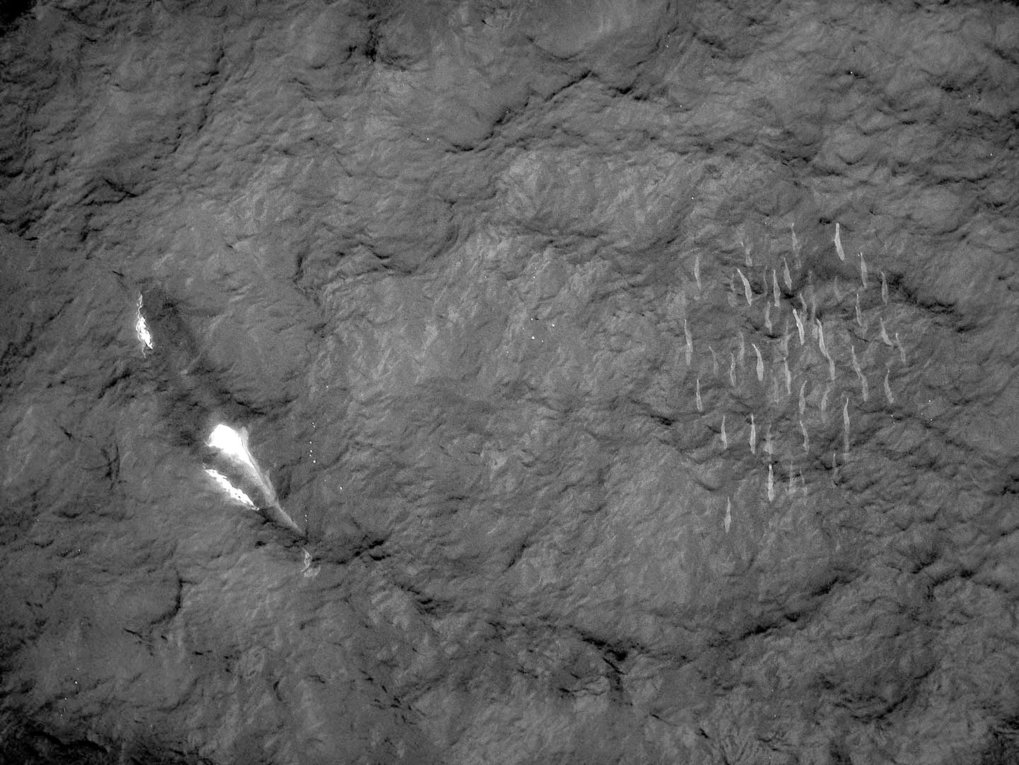 Who knew orcas were so playful, so full of affection, so constantly touching one another?

New footage taken by drone as well as underwater stunned researchers who spent two days with the southern resident orca J pod off the British Columbia coast, including with the newest baby, and more time with northern resident killer whales in B.C.’s Johnstone Strait. The footage taken during three weeks in August and early September was filmed in collaboration with the Hakai Institute, a science research nonprofit.

“It took our breath away,” said Andrew Trites, professor at the Institute for the Oceans and Fisheries Department of Zoology and director of the Marine Mammal Research Unit at the University of British Columbia in Vancouver. Trites is co-lead researcher on a study that over five years is taking a close look at resident killer whales and their prey.

Researchers are comparing the hunting of northern resident orcas like these with the behavior of endangered southern residents. Footage of the whales shot by drone and underwater is opening new understanding of orcas’ lives in the wild. (University of British Columbia / Hakai Institute)

Researchers are comparing the hunting of northern resident orcas like these with the behavior of endangered southern residents. Footage of the whales shot by drone and underwater is opening new understanding of orcas’ lives in the wild.... More

The drone footage was gathered non-invasively, with the camera hundreds of feet above the whales, who did not seem to even know it was there, Trites said. Combined with underwater microphones, tracking devices used to follow adult chinook, and underwater footage, a spectacular new look into orcas and their day-to-day life in the wild is emerging.

The big standout so far is just how much the orcas touch one another, something not as visible from a boat.

“We like to think we are hardened research scientists, but it tugged at our heart strings,” Trites said, “Especially the mum and calf.”
Advertising

In that footage, a northern resident baby is nuzzled by its mother and slides all along its mother’s body seemingly just for fun, and playfully tail slaps its mom on the head.

“These drones are opening up avenues of their lives we have never seen before,” Trites said. “The same way we hug our kids and hug our friends, touch furthers those bonds. That’s the power of touch, and here we have killer whales reminding us of that — who would have thought?”

J pod’s newest baby, here swimming with her mother, carried a salmon in her mouth for two days this summer near the Fraser River in British Columbia, even though she is 3 months old and feeding on her mother’s milk. Was she teething? Learning how to be a big killer whale some day? (Andrew Trites / University of British Columbia)

J pod’s newest baby, here swimming with her mother, carried a salmon in her mouth for two days this summer near the Fraser River in British Columbia, even though she is 3 months old... (Andrew Trites / University of British Columbia) More

J pod’s new baby whale, J56, also was seen near the mouth of the Fraser River toting a salmon around in her mouth for two days, even though she is only 3 months old and entirely feeding on her mother’s milk. Is she teething? Or learning how to how to act like a grown-up killer whale?

The core question the investigators are exploring is whether southern residents can get enough chinook salmon — their preferred prey — to eat in the Salish Sea. Data could help answer the question of why for the past three years the southern residents have not been coming back as usual to their core foraging areas in San Juan Island and B.C.
Hostile Waters: Orcas in Peril

By observing both populations and their prey, researchers hope to compare their foraging conditions and hunting behaviors and learn whether it is more difficult for the southern residents to capture prey. “One of the conclusions is, yes, there is a food problem,” Trites said. “But we have to be able to answer that with not just an impression or belief, but with data.”

“We are putting all these pieces together to see what is going on,” Trites said.

The $1 million project is part of the federally funded Whale Science for Tomorrow initiative by the Canadian government, with additional funding and support from other sources.