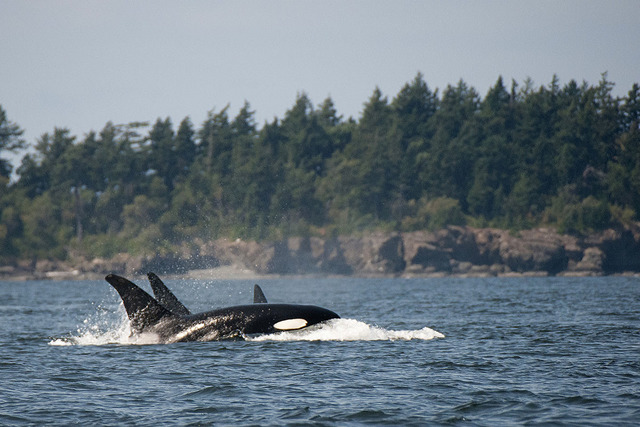 The Center for Whale Research has declared an orca in one of the Puget Sound’s endangered Southern Resident killer whale pods “missing and likely dead.”

The Bellingham Herald reports mother and grandmother L47, or Marina as she was also known, was missing from the center's 2021 census, according to a Monday news release, and she hasn't been spotted since Feb. 27.

The 47-year-old orca “did not appear to be in particularly poor condition” in that sighting, but she was missing from surveys this summer conducted by Fisheries and Oceans Canada in the western Strait of Juan de Fuca, a body of water that separates Washington state from Canada.

The Center for Whale Research said it had six encounters with L47’s matriline and photographed all of her offspring without finding her. “Her repeated absence meets our criteria for declaring a whale missing and likely deceased,” the news release said.

Marina was born in 1974 and was among the Southern Resident’s most prolific females, giving birth to seven calves that survived long enough to receive an alpha-numeric designation, according to researchers.

“As a mother and grandmother, L47’s death may have severe consequences,” researchers said. “Center for Whale Research data shows that older, post-reproductive females hold key leadership roles in this society, particularly when food is scarce.”

According to the center, L115 has a three-times greater risk of death in the next two years than a male of the same age whose mother is still alive, while L47’s grandchildren face a six-fold increase in their chances of death over the next two years. Those risks will rise even higher if salmon abundance shrinks.

With the loss of L47 and the oldest Southern Resident male orca, known as K21 or Cappuccino, the current Southern Resident population is 73. Researchers said this week after presuming K21's death this summer, they could now confirm the death, as their teams have repeatedly censused all of K pod without finding the 35-year-old whale.

The oldest Southern Resident on record was J2, or Granny, who lived to be 105.