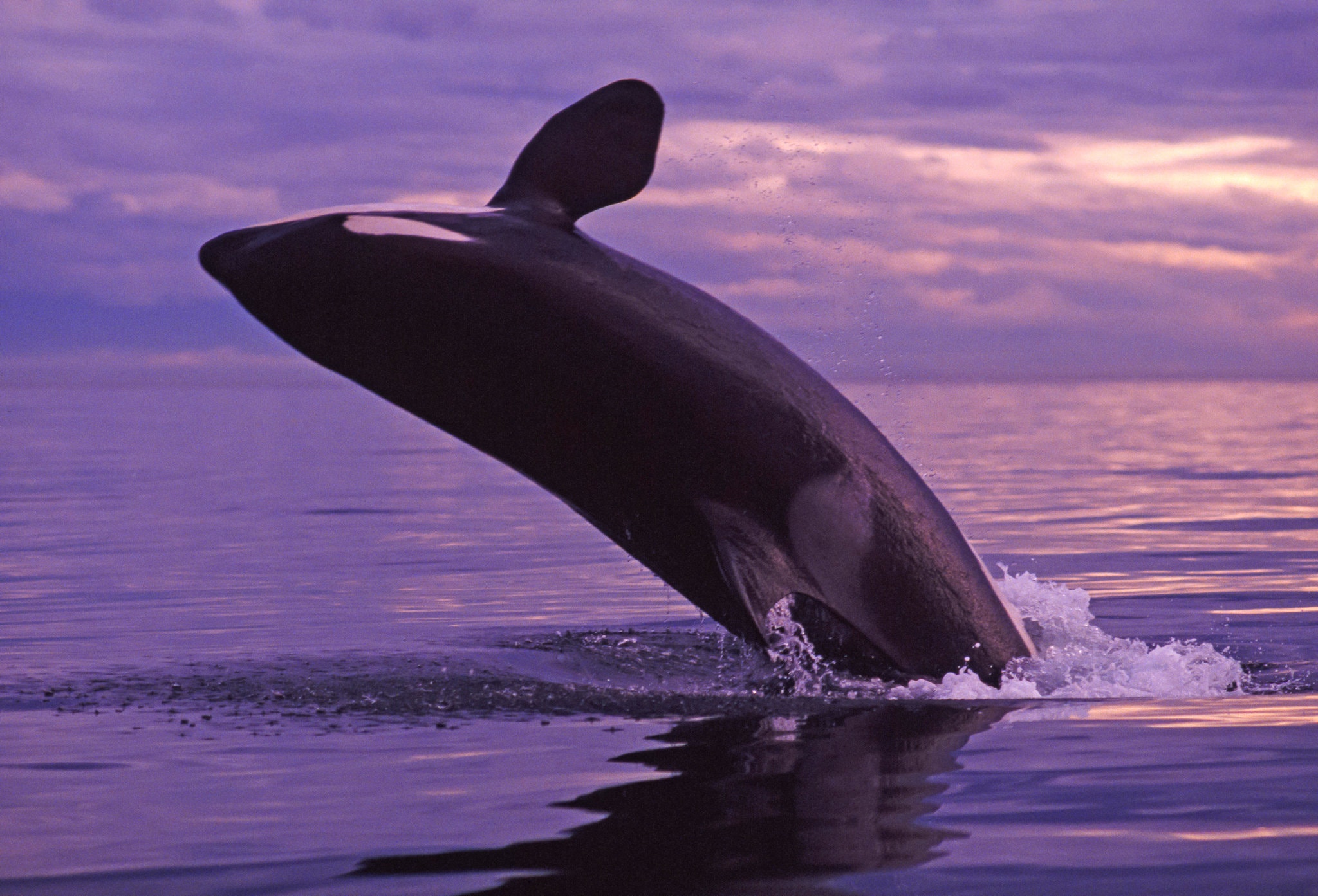 Most of the outer coast of Washington, Oregon and California would become protected habitat for southern resident orcas under a federal proposal released Wednesday. The new designation, if approved would greatly expand the area considered “critical” for the survival of the endangered orcas that frequent Puget Sound. Since 2006, the inland waters of the Salish Sea have been considered critical habitat for the southern residents. The designation requires review of federal actions within the areas that could affect southern resident killer whales, providing additional oversight by the National Oceanic and Atmospheric Administration. Advocates for the designation say it provides another layer of review and more legal protection for the whales. “We are thrilled,” said Steve Jones, spokesman for the Center for Biological Diversity, an environmental group that sued for the designation. “If you are proposing a project anywhere from the Canadian border to Big Sur, you have to take southern resident killer whales into account.“ The whales hunt salmon in a vast range, stretching from the Salish Sea to Southern California. But these fish are increasingly scarce because of factors including climate change and habitat loss, according to supporting documentation for the designation and other recent research. In a double punch, the habitats most altered by people are also home to some of the most intense effects of climate change. Salmon runs in the whales’ most southern ranges and salmon migrating long distances struggle to survive. The proposed designation comes after six orcas have died since 2018. There are 73 left, the lowest number for the orcas that frequent Puget Sound since they were hunted and captured for theme parks in the 1960s and ’70s. Lack of food — in addition to vessel noise and disturbance and pollution— is a critical challenge to the whales’ survival. The designation builds on years of research since the 2006 designation and marks a significant recognition by the federal government of the whales’ coast-wide range. However, Lynne Barre, head of killer-whale protection for NOAA, said she did not anticipate big changes if the designation is approved after a public comment period, because activities such as dam operations and fishing already are subject to review by the agency for their effect on endangered species. The southern resident killer whales have been listed for federal protection since 2005 and many of the salmon runs they depend on have been on the endangered species list longer than that. Any federal actions that could affect listed species must go through consultation with NOAA. “To be honest, we are not expecting sweeping changes in projects or actions because of the work we are already doing,” Barre said in an interview Tuesday. “These are things we are already looking at.” But Catherine Kilduff, the senior attorney for the Center for Biological Diversity, said the designation now requires not only protection for the whales when they are on the outer coast, but for the coastal habitat that is critical to their survival. “It’s an entirely separate claim that we can bring in court,” Kilduff said. “It is really important that you can show this area on a map, and say, ‘This activity is happening in this area.’ It puts a different burden on NOAA.” The proposal would extend critical habitat for the whales along about 1,000 miles of West Coast waters between the depths of 6.1 meters (20 feet) and 200 meters (about 650 feet) from Washington’s Cape Flattery south to Point Sur, California, just south of Santa Cruz and Monterey Bay. The additional area covers about 15,626 square miles, or more than 10 million acres, according to a news release on the proposal. Off the Washington coast, the proposal carves out a large chunk of the protected area for military activities. Research by biologist Brad Hanson of NOAA’s Northwest Fisheries Science Center — used to support the designation — shows the whales target chinook from the entire West Coast and switch seasonally from an almost all-chinook diet in summer to eating more coho in September and chum in winter. While their diet is almost entirely salmon, he did find evidence of a few other surprise species in the whale’s diet: Ling cod, halibut, skate and anchovies were on the menu. Genetic analysis of the samples showed that on the West Coast the whales eat salmon from as far south as California’s Central Valley to as far north as the Taku River in Alaska. Most of the chinook the whales were documented eating came from the Columbia River Basin, including spring chinook from the lower Columbia, fall salmon from the middle Columbia, and spring/summer chinook from the upper Columbia. The whales’ use of the outer coast has become more intense since Hanson did his research, including satellite tagging of the orcas that ended in 2015. That work showed the biggest hot spot for the whales was the mouth of the Columbia River and the Grays Harbor area, where they were targeting Columbia chinook. From Puget Sound to California Central Valley to the Snake River, the chinook Hanson found the whales relied on in his field samples are among the most vulnerable to the effects of climate change, according to an analysis by Lisa Crozier of NOAA’s Northwest science center and other authors. Those impacts include hot water in the tributaries the fish return to in the spring and summer, scouring of their gravel nests by floods in the winter, and estuaries blocked by formation of sandbars because of sea-level rise. Dams add to the cumulative effect of climate change on the Columbia and Snake, where temperatures can hit 70 degrees in the reservoirs, sometimes for weeks at some sites. Salmon are cold-water animals and are more susceptible to disease and death at temperatures over 68 degrees. For more information or to comment on the proposal, visit NOAA’s website.