Seattle Times: Mother orca Tahlequah and her dead calf, one year later. How did she change the conversation? 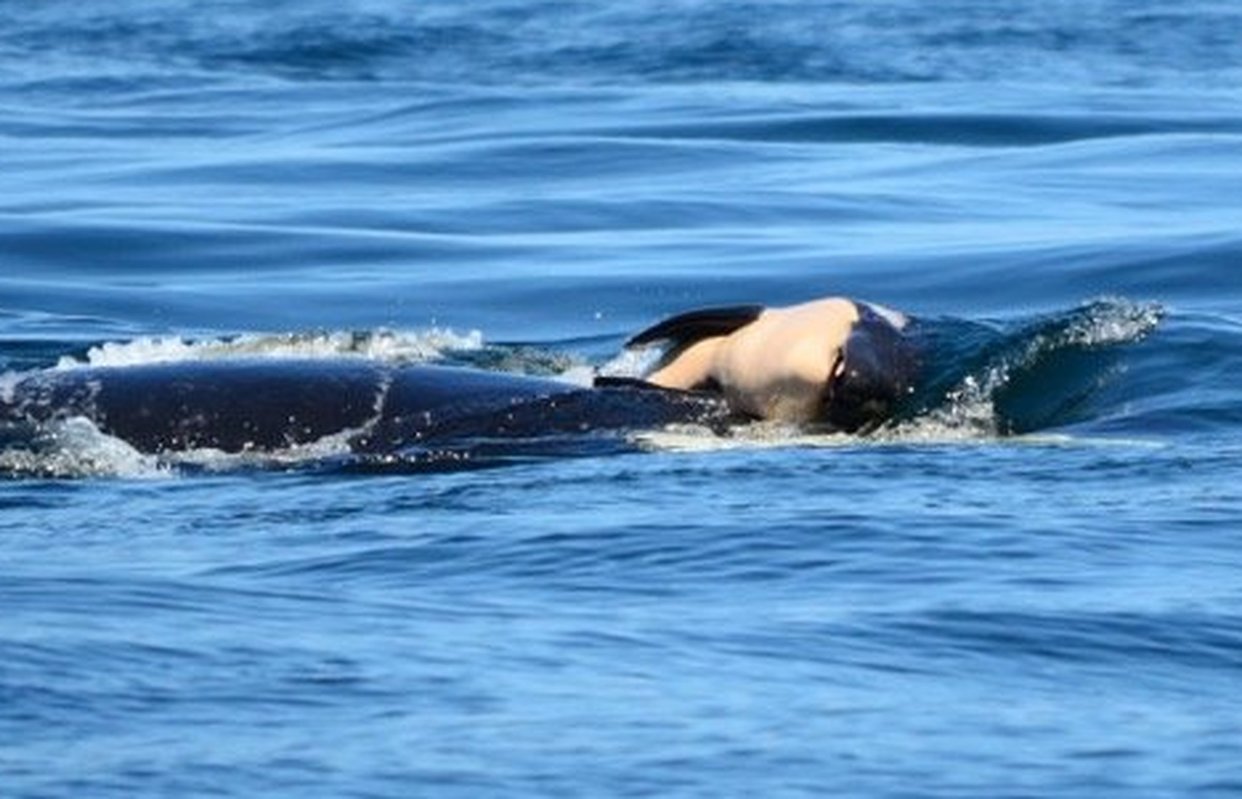 It was a year ago Wednesday that mother orca Tahlequah rallied attention to the plight of endangered southern resident killer whales and their struggle for survival.

When she swam more than 1,000 miles carrying her dead calf that lived only one half-hour, millions of people around the world followed her journey. Hers was the most read story in The Seattle Times in 2018. Tahlequah was invoked by countless policy makers, urging changes to save the killer whales that frequent Puget Sound.

So on her anniversary, the Times asked readers if they still think of her. And took stock of some of what’s changed since her journey, for better and for worse.

Amid the 145 reader responses, most said Tahlequah is still in their thoughts. “Yes. Forever,” one reader said.  A few said they didn’t see the point of Tahlequah’s story, or understand the reaction to it: “Nature, including human nature is bereft with death and loss. Why on earth would we still be grieving the death of an orca calf a year later.”

Taylor Shedd, Soundwatch program coordinator at the Whale Museum of Friday Harbor, spent nearly every day of Tahlequah’s journey with her on the water. He followed her at a distance, to keep boaters away, and explain to curious onlookers what was happening as she carried the more than 6-foot-long calf, weighing hundreds of pounds.

“She was struggling. Making deep, awkward dives. Labored breathing,” Shedd recalled. “It was behavior we had not seen before, and pretty sad to see, to leave her at the end of every day and think, ‘Well I hope she is here tomorrow.’ To have that sense of urgency in the morning to find her, and be happy to see her alive and then flushed with that sadness again, once you saw the calf, that she was still carrying it.”

Yet a year later, orca advocates calling for “bold action” to save the whales would be largely disappointed. Of 36 recommendations from Gov. Jay Inslee’s Task Force on orca recovery, only eight today are on track, five are going nowhere, and the other 23 are somewhere in between, with the task force scheduled to disband in October. And of 11 priority habitat improvement projects around Puget Sound before to the state Legislature for consideration last session, only three were funded.

Meanwhile, the region is adding 188 people a day, according to the Puget Sound Regional Council. And threats to the orcas in the past year have continued to increase. The Canadian government has approved an expansion of a major oil pipeline that will increase the risk of oil spills and increase tanker traffic in the whales’ critical summer habitat. Another marine shipping terminal is planned in the Fraser Delta, and shipping lanes are busier than ever — raising the impact of noise on whales trying to hunt, and even the risk of ship strikes.

“Mistakes happen,” said Dawn Noren, a physiological ecologist at the National Oceanic and Atmospheric Administration’s Northwest Fisheries Science Center. She helped determine there was nothing significantly wrong with southern resident J34 — until he was killed in December 2016 in Canadian waters. His injuries were massive and consistent with ship strike, she said, a risk that grows with busier waters.

There are only 76 southern residents left.

Lawmakers did pass new laws intended to help prevent oil spills, give regulators more latitude to move to restrict toxics and further armoring of the shoreline for single family homes. A panel was funded to discuss the effects of dam removal on the Lower Snake River. And new whale watching restrictions were approved, with more regulations to be drafted by the state Department of Fish and Wildlife. In all, $275, million was budgeted to fix state highway culverts to improve salmon passage.

It’s the whales themselves though, that have made the biggest changes, with two births, one in L pod, and one in J pod, arresting the population’s downward slide. It’s a tenuous advance. The mortality rate of new calves is 50 percent. And now concern is heightened that adults J17 — Tahlequah’s mother — and K25 have not yet been seen this spring or summer. Both were looking thin and in poor condition last winter.

The whales also seem to have managed the need for more food and better habitat by simply … leaving.

The southern residents have been seen only five days so far in their summer habitat of the inland waters of the Salish Sea, including the San Juan Islands, down from about 20 days by this time last year, and nearly every day come spring and summer in the recent past.

“It is really sad they are not here, this is their ancestral home and territory, this is their critical habitat and where they have lived for thousands of years. It is definitely a shame that we have forced them out of these waters,” Shedd said.

“Hopefully they are finding more food and less polluted waters and quieter water elsewhere. You kind of have to be OK with them not being here. They are not here for a reason.”

Joe Gaydos, head scientist for the SeaDoc Society, a marine science and education nonprofit, and a member of the Orca Task Force, said the meaning of Tahlequah’s journey needs no translation, last year, or now. “You didn’t need to be a scientist to tell you, it was very clear to everyone, people saw her mourning,” Gaydos said. “No one should have to bury a child, that is every parent’s worst nightmare. And for her to put that on display?

“There is only so much these animals can do for themselves. It up to us now to take better care of this place.”