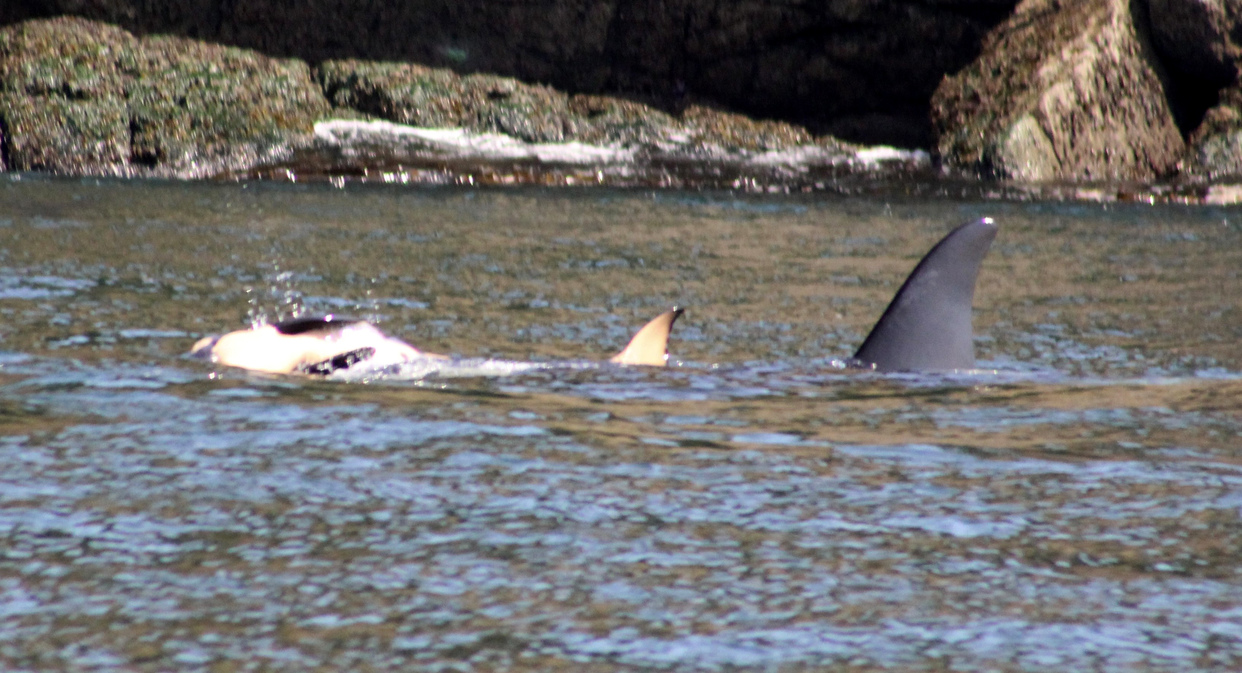 Federal officials say they may restrict salmon fishing off the West Coast to help the Pacific Northwest’s critically endangered killer whales, but two environmental groups are suing anyway to ensure it happens.

The Center for Biological Diversity, which filed a lawsuit nearly two decades ago to force the U.S. government to list the orcas as endangered, and the Wild Fish Conservancy asked the U.S. District Court in Seattle on Wednesday to order officials to reconsider a 2009 finding that commercial and recreational fisheries did not jeopardize the orcas’ survival.

The National Marine Fisheries Service issued a letter early last month indicating that it intends to do so. Julie Teel Simmonds, an attorney with the Center for Biological Diversity, said the point of the lawsuit is to ensure they finish the job with urgency, given the plight of the whales, and to take short-term steps in the meantime to help provide more of the orcas’ favored prey, Chinook salmon.

“We have got to figure out how to get them more salmon,” she said. “Since 2009 it’s become much more crystallized just how critical prey availability is to their reproductive success and survival.”

The Endangered Species Act requires the government to certify that any actions it approves won’t jeopardize the survival of a listed species. In the 2009 review, experts found that it wasn’t clear how a lack of prey affected orcas, but that the fisheries were not likely to contribute to their extinction.

Since then, however, the population of whales that spend their summers in the waters between Washington state and Canada — known as the Southern Resident killer whales — has fallen from 87 to 75. A calf born in December is the first to have lived past birth since 2015. And scientists have learned much more about how crucial it is for orcas to have enough of the large, fatty Chinook: As they starve, the whales start burning their blubber. Because toxins from water pollution are stored in the blubber, that can harm the whales’ reproductive ability, scientists believe.

The orcas typically spend about two-thirds of the year in the open ocean off California and Oregon.

In December, the Center for Biological Diversity told the fisheries service it was intending to sue to force it to reconsider how salmon fishing off the coast affects the orcas. Last month, Barry Thom, the regional administrator for the fisheries service, said in a letter to the Pacific Fishery Management Council it would do just that.

Thom urged the council to consider the effect of salmon fishing on orcas as it sets the 2019 fishing seasons, especially with regard to Chinook runs considered especially important to the orcas in the Lower Columbia, Sacramento and Klamath rivers.

Michael Milstein, a spokesman for the fisheries service, said Wednesday the agency is reviewing the lawsuit.

“Since the Southern Residents are endangered, the Endangered Species Act requires us to consider the impacts of fisheries on the whales, and we just recently underscored how we’re doing that in a letter to the Pacific Fisheries Management Council,” Milstein wrote in an email. “We are reviewing all the relevant fisheries in the same light.”

Teel Simmonds called the fisheries service response “a great sign,” but that it wasn’t a clear enough step to avert the lawsuit.

She added that while habitat restoration and dam removal might do more in the long run to bring back the salmon, officials must also restrict fishing if that can help the whales now.

The lawsuit is the third the Center for Biological Diversity has filed since last summer to force the government to do more for the orcas. The others seek protections on the orcas’ full West Coast habitat and a “whale protection zone” in Puget Sound to shield the whales from boat noise.