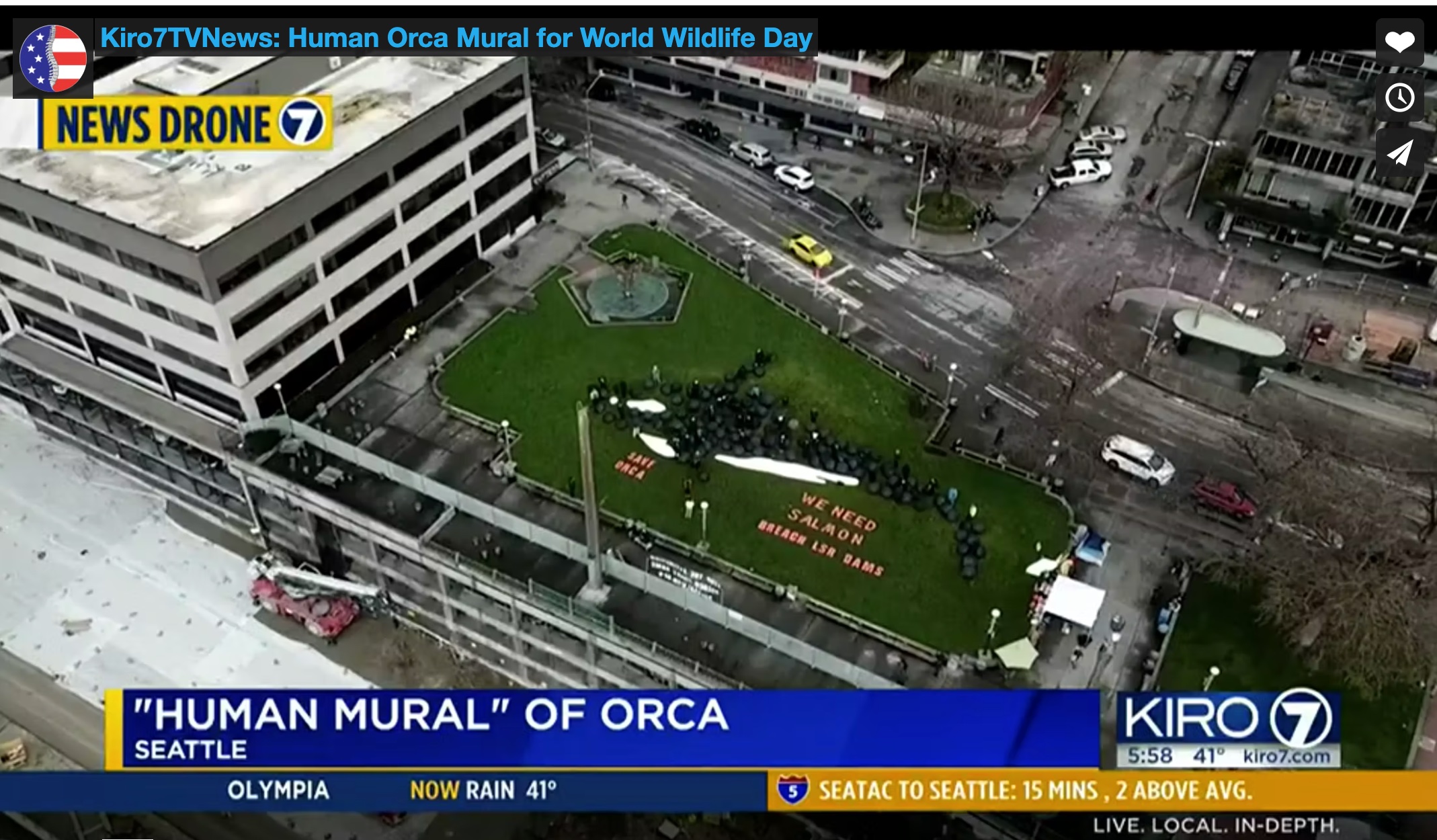 SEATTLE — A human mural of an orca whale was created by activists for World Wildlife Day on Thursday.

About 100 people carrying black umbrellas gathered on the lawn of Victor Steinbrueck Park in Seattle to create a mosaic in the shape of an orca.

The purpose of the campaign was to draw attention to saving the salmon population in the region by removing dams in the Snake River.

The endangered Southern Resident orcas, which are an icon in the Pacific Northwest, rely on salmon to survive.

A count in 2020 showed there were only 72 whales, according to the National Oceanic and Atmospheric Administration, though some new calves have been born since.

Activists say Gov. Jay Inslee and Senator Patty Murray are working on a plan to help the salmon population.

NOAA says Southern Resident killer whales are the only endangered population of killer whales in the U.S. The orcas are facing dwindling salmon populations, disturbances from vessels and sound, and pollution in the waters where they live.

Southern Residents were listed as endangered in 2005.