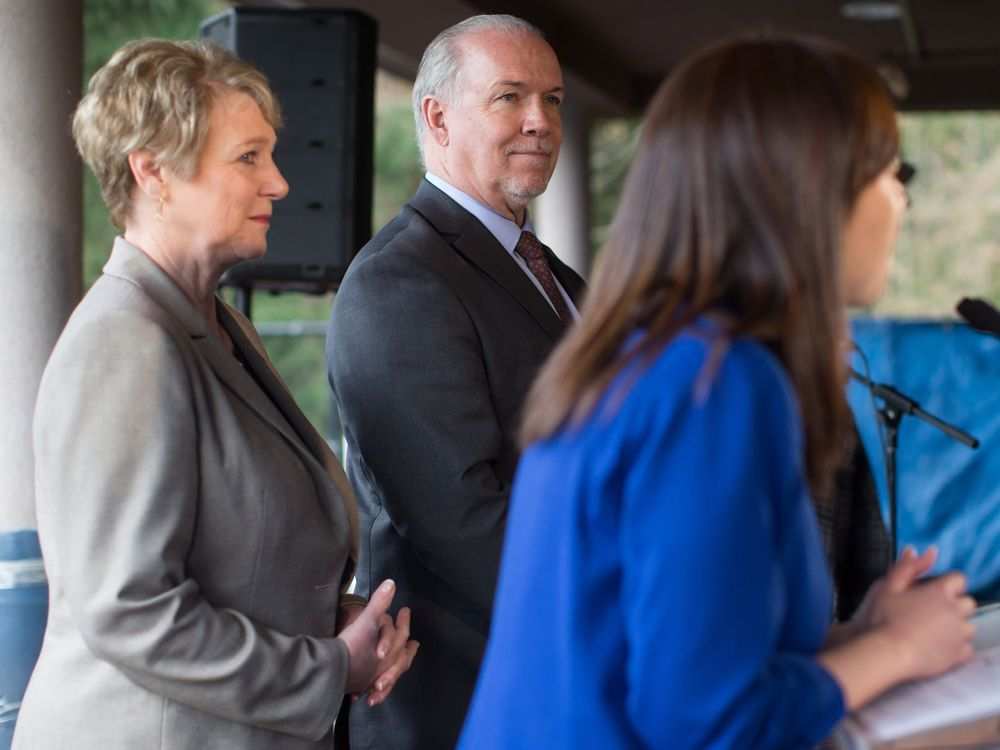 Victoria, B.C. — The B.C. government put out another deliberately bland statement this week after negotiators, meeting in the provincial capital, wrapped up the sixth round of talks on the future of the Columbia River Treaty.

Canada and the U.S. have been talking for the past year on ways to modernize the 55-year old treaty governing flood control and electric power generation on the Columbia.

“Negotiators had an honest exchange of views and perspectives as they worked to find common ground on flood-risk management and hydro power co-ordination,” said Katrine Conroy, the B.C. cabinet minister responsible for monitoring the talks.

“Canada also raised the topics of other treaty benefits,” she continued. “The negotiating teams have decided to conduct technical work between rounds, to support the progress of the discussions.”

The seventh round is scheduled for late June in Washington, D.C. Doubtless, Conroy will issue a similar statement at that time.

The low-key tone comes in direct proportion to the high stakes nature of the talks for B.C.

A key goal on the American side is to claw back the treaty benefit that comes to B.C. via a share of the electricity generated on the United States side.

Katrine Conroy, the B.C. cabinet minister responsible for monitoring the Columbia River Treaty talks had this to say this week: “Negotiators had an honest exchange of views and perspectives as they worked to find common ground on flood-risk management and hydro power co-ordination.”

The Canadian Entitlement, as it is known, was intended to compensate B.C. for the impact of three large storage dams constructed on this side of the border, calculated as a 50 per cent share of the additional power generated by evening out the river flow throughout the year.

But the “Canadian Non-entitlement,” would be a better description of the current U.S. view.

“It’s one of those aspects of the treaty that really calls out for modernization,” Scott Corwin from the Portland, Oregon public power council told the Lewiston (Idaho) Tribune newspaper recently.

“The assumptions that went into the formula that created the downstream power-benefit sharing have become outdated over time. … It’s a lot of value to ratepayers of the U.S. that we think should accrue to (our) citizens.”

The view came to the forefront again last month at a public meeting in Kalispell, Montana, presided over by Jill Smail, lead treaty negotiator for the U.S.

Among those seeking redress was Josh Letcher, an elected commissioner in Lincoln county where major dislocation resulted from construction of the Libby Dam, the only treaty dam on the U.S. side.

“Some people were uprooted, some moved several miles, some moved hundreds of miles, some were so upset they left the country,” he complained. “You know, Canada receives $250 million to $350 million a year. Lincoln County doesn’t receive anything.”

Those U.S. dollar figures are exaggerated. B.C. Hydro, which markets the Canadian entitlement through its Powerex subsidiary, has delivered an average $130 million to the provincial treasury for each of the past five years — not quite US$100 million at the current exchange rate.

In any event, Conroy emphasizes that Canada is negotiating to ensure the electricity entitlement continues to flow to B.C. in exchange for us storing water and managing the flow to the U.S.

“They call on us to hold back the water,” Conroy said in an interview Friday. “They need it more than we do (and) if you need flood control, you have to pay for it.”

The province and B.C. Hydro are continuing research into other ways the treaty has benefited the Americans. Lately, SFU resource economist Mark Jaccard has been commissioned to document increased agricultural production.

Another emerging challenge is a call for the treaty mandate to be expanded beyond flood control and power generation to include environmental concerns and restoration of the salmon fishery.

Salmon runs on the upper Columbia were wiped out by construction of the Grand Coulee Dam in Washington state, which predates the treaty by 20 years. But restoration is being pressed by First Nations in B.C.

Conroy agrees it should be part of the talks. But she doesn’t make light of the challenge of getting the fish past the 168-metre high Grand Coulee, never mind the 172-metre Revelstoke and 240-metre Mica Dams on the Canadian side.

The environmental objectives have been cast in doubt by the recent selection of Idaho Republican Jim Risch as chair of the foreign relations committee in the U.S. Senate.

Any revised treaty would be subject to approval by the powerful committee. And Chairman Risch has already made it clear that “it’s going to be a good deal for Idaho, or it’s going to be no deal at all.”

For him, that means sticking to the original goals of flood control and power generation. No adding ecosystem protection as a third objective.

“It’s not going to happen,” he told reporter Eric Barker of the Tribune. “The third one (ecosystem function) is not in there now, and it’s not going to be added. The reason I say that is I believe we would — I think almost certainly — end up on the short end of the stick.”

All of which adds another complication to talks already top heavy with challenges.

But as Conroy said to me Friday, there’s no deadline in the talks and the key flood control benefits in the treaty don’t come due for another five years.

“We are not going to be rushed on this,” said Conroy. “There is no urgency on our part.”

Given the current bumpy state of relations between the two countries, B.C.’s best hope is probably for the negotiating rounds to continue past the next round of elections in the U.S.