EPA weighs in on the Columbia River Treaty 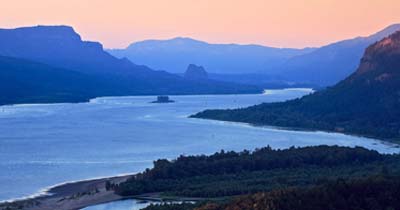 In early April this year, Environmental Protection Agency Administrator Gina McCarthy sent an excellent letter to Secretary of State John Kerry responding  to the Dec. 2013 Regional Recommendation expressing the agency's views on the opportunities of and needs for modernizing the the fifty-year old U.S.-Canada Columbia River Treaty.

While acknowledging significant benefits of the Treaty to date, the letter also highlights some of its harmful impacts on the environment and the Basin's Tribal and non-tribal communities as a result of key omissions in the original agreement.

The EPA expresses it support for modernizing the Treaty by:

It closes by saying "The EPA believes that a modern treaty with Canada will provide multiple benefits to the Pacific Northwest and that a strong commitment to a healthy Columbia River ecosystem will protect human health and safety and promote a strong regional economy in both the U.S. and Canada."

You can read the whole letter here.