Modernizing the Columbia River Treaty: Where do we go from here?

The Oct 4, 2022 webinar explores where things stand for this crucial issue and what the U.S. government needs to achieve in order to ensure a more positive, resilient and just future for the river and the communities who rely upon it. We’re pleased to share resources that attendees can use to learn more and take action.

View the recording of the webinar here.

I. About the Speakers:

Executive Director of a five inter-tribal organization with membership including the Colville Confederated Tribes, Coeur d’ Alene Tribe, Kalispel Tribe, Kootenai Tribe of Idaho, and Spokane Tribe. DR Represents the UCUT in regional fish and wildlife processes and forums. DR is a member of the Colville Confederated Tribes, he has over 40 years of experience in Forestry and Natural Resource Management. He has a broad range of experience in the technical and policy aspects of working for tribes. He served eight years on the Colville Business Council as the Vice Chair and Chair of the Natural Resource Committee. DR and his family enjoy camping and spending time on the Columbia River

Jim Heffernan received a B.S. in Wildlife Biology from Colorado State University. He worked seasonally for the U.S. Forest Service in timber sale layout and preparation in Idaho, Southeast Alaska, and Northern California for several years before returning to school for a law degree. He earned a Juris Doctor and Certificate in Environmental Law from the Northwestern School of Law at Lewis and Clark College (now Lewis and Clark Law School). Jim now works as a Policy Analyst with the Columbia River Inter-Tribal Fish Commission, where he focuses his work on the regional effort to modernize the Columbia River Treaty. Under direction from tribal governments, he worked with federal and state representatives on the Sovereign Review and Technical Teams on the regional collaborative process. That process led to U.S. Entity Regional Recommendation on the Future of the Columbia River Treaty after 2024, submitted to the U.S. Department of State on December 13, 2013. Jim continues to work with tribal leaders and staff for the 15 tribes in the Columbia Basin Tribes Coalition to ensure that ecosystem-based function, of which fish passage and reintroduction to Canadian spawning grounds is an integral element, is integrated as a third key element of a modern Columbia River Treaty, equal to coordinated flood risk management and hydropower production.

Sister Jessica has been with Earth Ministry/WAIPL since 2013 and became Program and Outreach Director in 2017. She provides strategic guidance to religious communities working toward environmental justice and organizes people of faith to advocate for justice-oriented policies on climate change, fossil fuels, chemical safety, salmon/orca recovery, and more. Sr. Jessica has a Masters of Arts from Seattle University’s School of Theology and Ministry and a Bachelor’s degree in Environmental Studies from Pacific Lutheran University. She is an invested sister in the Deaconess Community of the ELCA and is approved for ordination as a Minister of Word and Service in the ELCA Lutheran Church. Jessica is a member of Ballard First Lutheran Church and also serves on the board of Lutherans Restoring Creation. In any spare time she enjoys knitting, playing board games, and spending time in creation!

Joseph began working for the Save Our Wild Salmon Coalition in 1996. He first got hooked on Northwest salmon restoration efforts while in graduate school where he authored a paper in the early-1990s, exploring the then-relatively recent Snake River salmon listings under the Endangered Species Act, and how it might impact the region and its federal lands and dams. Before joining the SOS team, Joseph spent many years teaching and working in the forests and mountains of the West. Today, Joseph lives on Vashon Island with his partner Amy and two children Liesl and Jeremiah. He is a former commissioner of Water District 19 (King County) and currently serves as a board member with the NW Energy Coalition and Braided River.

Graeme Lee Rowlands studied at Quest University Canada in Squamish, British Columbia where he completed an interdisciplinary degree in Water Resource Sciences with a special focus on the Columbia River Basin and the Columbia River Treaty. His work has since been published in more than 50 journalistic and academic outlets including the Seattle Times, Maclean’s Magazine, and the official journal of the International Water Resources Association. Graeme has also traveled extensively throughout the watershed to learn directly from people and places. Most notably, in 2017 he followed the entire length of the Columbia from sea-to-source by bicycle and kayak while reading key texts and engaging with local residents and experts. Graeme has served as an organizer, speaker, moderator, and/or advisor for the sixth, seventh, eight, and ninth annual international ‘One River, Ethics Matter’ conferences and facilitates the Columbia River Roundtable. Alongside Dr. John Osborn, Graeme co-leads the Sierra Club's volunteer Columbia River Team. He is dedicated to education and youth empowerment. 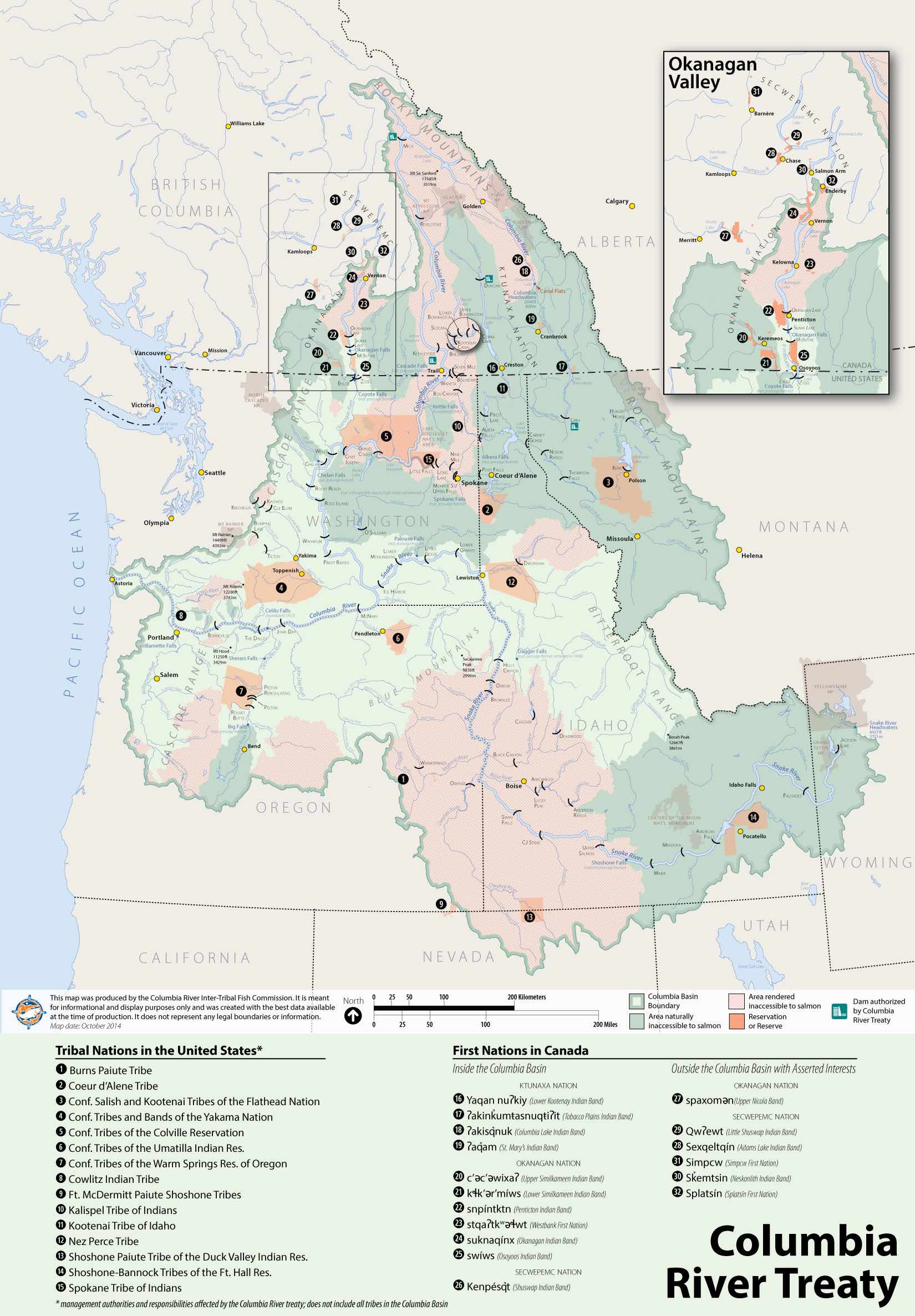 ColumbiaRiverTreaty.org - the website of the U.S. NGO Treaty Caucus

Save our Wild Salmon Coalition

U.S. Entity Regional Recommendation for the Columbia River Treaty after 2024

Dismantling the Doctrine of Discovery Coalition

Read the letter sent by thirty-two organizations, and send your own now!