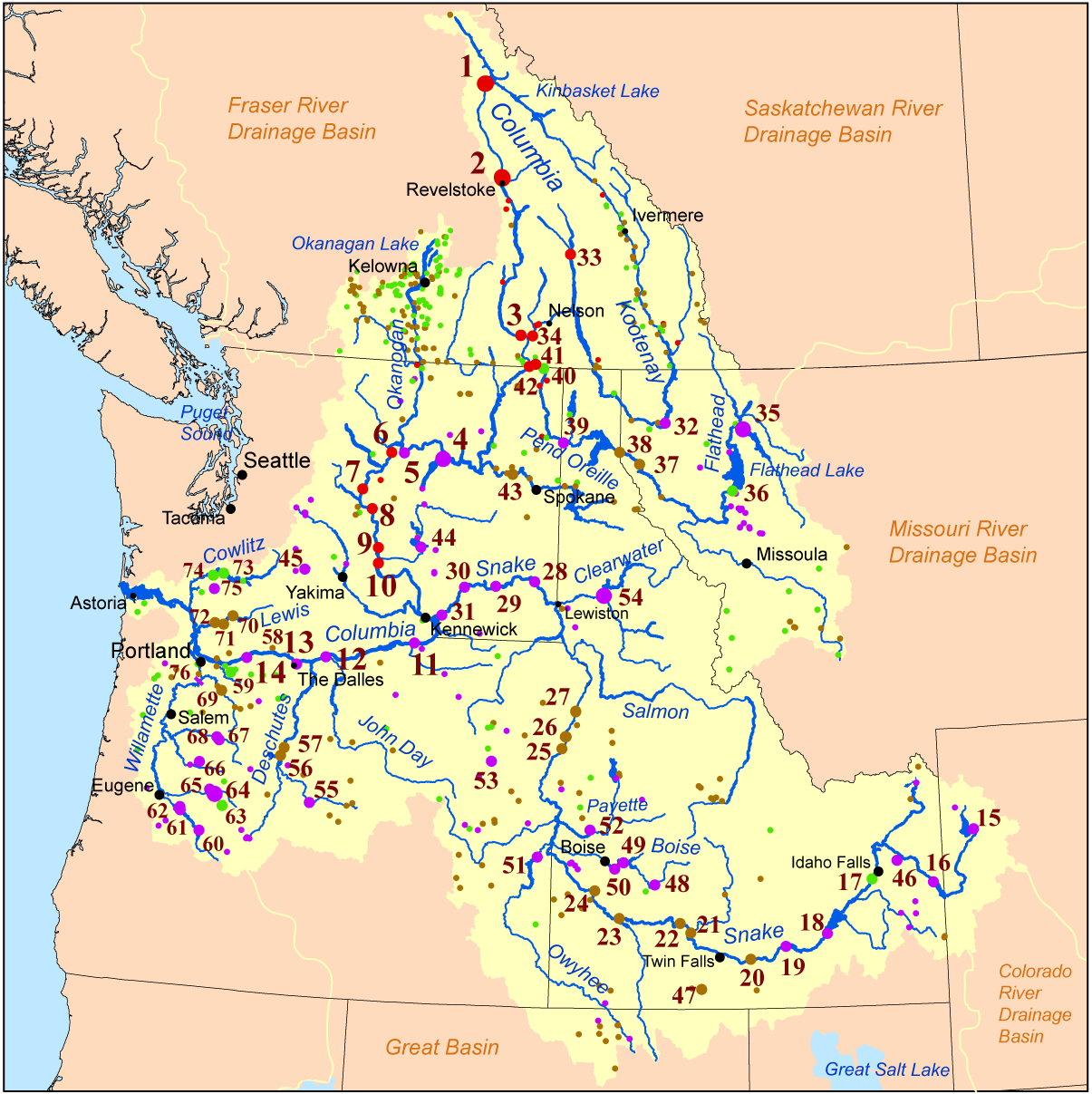 On Memorial Day 1948, as Oregonians traveled home from holidays on the coast and the Cascade Mountains, the Columbia River breached a dike at Vanport, an industrial suburb north of Portland. Swollen by abnormally deep snowfall, rapid melting and region-wide rainstorms, the river submerged the town, displacing some 18,000 residents (one-third of them African American), killing at least 51 and damaging property valued at more than $100 million.  In addition to those immediate, devastating effects, the Vanport Flood also catalyzed changes in international relations in the Columbia River Basin — an area roughly the size of France — hastening plans to build three flood-control dams in Canada and authorizing another in the United States. Those projects were codified in the Columbia River Treaty between the U.S. and Canada, in 1961.  Now, with parts of the treaty due to expire in five years, the two countries are renegotiating it. But the political landscape has vastly changed since 1961. The original treaty was implemented before the 1970 National Environmental Policy Act, the 1973 Endangered Species Act and a host of legal shifts that bolstered Indigenous rights in both countries, including 1974’s Boldt Decision, which affirmed Pacific Northwest tribal nations’ right to co-manage salmon. These hallmarks of change emphasize the need to include environmental protection and equity in an updated treaty.  Over its 1,243-mile course to the Pacific Ocean, the Columbia River squeezes through several narrow spots, ideal for hydropower generation. In 1927, Congress directed the U.S. Army Corps of Engineers to survey American river basins and create plans to fully exploit their power potential via dams that would also offer navigation, irrigation and flood-control benefits. The Corps’ Columbia River and Its Minor Tributaries, published following the directive, forecast a future river full of dams, capturing energy and transmitting it through wires to light homes and power industries throughout the Northwest. The first dam across the Columbia River, completed in 1933, was a small, private one, a puny preview of what would soon transform the basin: behemoths like Bonneville Dam in 1938 and Grand Coulee Dam in 1942. But there were problems: Lacking fish ladders, Grand Coulee prevented salmon and steelhead from migrating hundreds of miles up the Columbia and its tributaries, including into British Columbia. It also flooded 21,000 acres of the Colville Reservation. Effects of this inundation were multifold and tragic, according to former Tribal Judge Mary L. Pearson. The Bureau of Reclamation waited too long to relocate more than a thousand graves, and many of them were flooded. Compounding this cultural tragedy, the reservoir ruined important hunting, farming and gathering spots. It was a multi-pronged attack against Native nations’ sovereignty and cultural foundations. Then, the 1948 Vanport disaster accelerated regional and international discussions on how to control unruly rivers, spurring the signing of the Columbia River Treaty, which went into effect in 1964. It specified that Canada’s new dams would hold back 15.5 million acre-feet of water. In exchange, the United States paid just shy of $65 million, secured flood control and received a share of the hydropower generated north of the border.  The treaty emerged from the belief that the economic and social benefits of dam-building outweighed any ecological and cultural losses, regardless of the harm produced. But today’s societal values around acceptable tradeoffs have begun to transform.  The U.S. and Canada excluded Indigenous peoples from the negotiating table the first time around. Since then, tribal nations have organized politically and developed crucial organizations within the basin, including the Columbia River Inter-Tribal Fish Commission and the Upper Columbia United Tribes. Dozens of tribal nations are influencing the renegotiations — attending meetings, publishing position papers and remaining present. Sort of. Despite asking for tribes’ input and their central role as co-managers of the region’s fisheries, American negotiators have excluded them from any official status, while Canadians have extended official observer  to only three First Nations. These sovereign Indigenous nations bring to today’s negotiations a deeper history with the river than either of the nations renegotiating the treaty, and they express that history through distinct values and goals. For instance, they are exploring ways to restore fish runs above the dams, proof that greater involvement produces better ideas and results. Environmental values and laws have also been revolutionized since the original treaty was signed. Today, for example, federal laws make it much harder to build a dam or highway that eradicates a species or excludes stakeholders. And fewer Americans or Canadians would dismiss social or ecological costs as easily as they did two generations ago. Consequently, in 2013, the treaty’s managing U.S. entity, Bonneville Power Administration, recommended adding ecosystem functioning as a third treaty purpose, alongside flood control and hydropower. But Sen. Jim Risch, R-Idaho — chair of the Senate’s Foreign Relations Committee, through which any treaty must pass before ratification — has insisted ecosystem function could jeopardize Idaho’s sovereignty over its water and will not support that measure. Still, widespread public concern about salmon and climate change may not be easy to ignore in the 21st century.  When the Army Corps produced its plan for the basin and the negotiators first signed the treaty, the concerns were floods and lightbulbs, not fish and tribal sovereignty. Those blueprints were shot through with oversights. More people involved today will complicate diplomacy, and changing values will challenge the management of this massively complex river system. Yet for the sake of communities and places, nothing else will suffice.