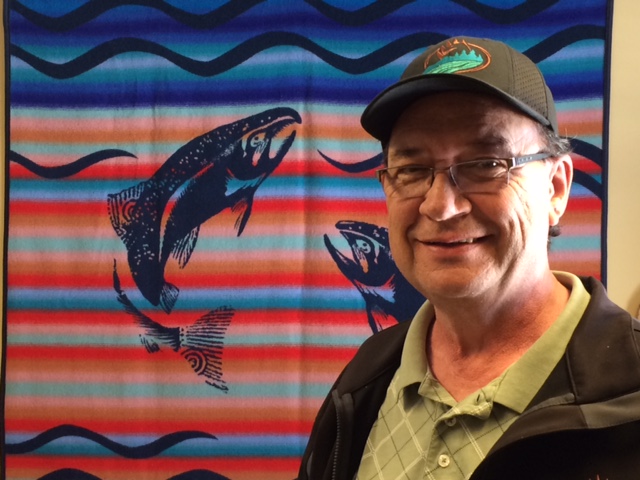 Tribes and First Nations must be at the table in these negotiations. We advocate for a modernized Columbia River Treaty that includes ecosystem-based function — that meets the power and flood-control needs of the present while including the needs of future generations.

International negotiations on the Columbia River Treaty will begin this year. These negotiations will determine the future of not just our rivers but our entire region.

At the time of ratification in 1964, the Columbia River Treaty focused on two primary purposes: flood control and power generation. This agreement between Canada and the U.S. created benefits that came with wrenching costs. The number of salmon returning upriver decreased from 22 million down to 1 million. The dams devastate natural river flows. The impacts are widespread and ongoing to indigenous peoples, traditional foods, customs and our very identity — yet the tribes are resilient.

In 2010, the Columbia Basin tribes joined forces to provide our views on how the treaty should be modernized. This represented a powerful renewal of intertribal collaboration of 15 tribes in the U.S. that live within the Columbia River Basin.

For the past 50 years, the Columbia River Treaty excluded tribal participation in its governance and implementation. For the State Department to continue this exclusion in current negotiations is unacceptable for many reasons.

For one, it’s unlawful. The sovereignty of each tribal government is not being respected. Recognition and protection of the rights of native peoples is an established principle of the legal systems of both the U.S. and Canada, and a recognized principle of international law. The Columbia River Treaty was implemented without regard to tribes’ legal and political relationship with the federal government. We weren’t consulted when dams were built on our lands that blocked salmon and destroyed our way of life. Second, it’s unethical. The current management of the Columbia River Basin has hurt tribes and Canada’s First Nations. Salmon are sacred to indigenous peoples. When salmon were blocked from waters in the upper basin, tribes didn’t receive restitution. The loss of salmon impacted our diets and health, lifestyles and culture. Third, it’s shortsighted. The tribes and First Nations of the Columbia River Basin have lived in and cared for this land and water for thousands of years. It is the territory of our ancestors, and we are put here to take care of it. Even now, we work to ensure humans, fish, wildlife, plants and forests thrive. Our stewardship ranges from restoring native vegetation, preserving wildlife, managing fish populations and pursuing fish passage at fish-blocking dams. Our expertise of cultural and natural resources must be integrated into river management. This isn’t just a tribal issue. The degradation of our environment and the loss of salmon hurts everyone in our region.

The 2017 report, “The Value of Natural Capital in the Columbia River Basin ,” shows that the basin’s natural capital provides $198 billion annually and that a 10 percent increase in ecosystem-based function would add $19 billion a year to its value.

Furthermore, the report shows that the economic value of salmon and steelhead angling in the Columbia River is estimated at $140.9 million. If the ecosystem is a coequal priority in a modernized treaty it could increase the annual value of salmon runs to $1.1 billion.

Tribes and First Nations must be at the table in these negotiations. We advocate for a modernized Columbia River Treaty that includes ecosystem-based function — that meets the power and flood-control needs of the present while including the needs of future generations.

The indigenous peoples of the Columbia River Basin who have lived with these rivers from time immemorial, and suffered from the dams, will give voice to the voiceless: our rivers, animals, fish and generations unborn. We are firm that any negotiations must include us at the table where decisions will determine the fate of our rivers, our communities and our common home.