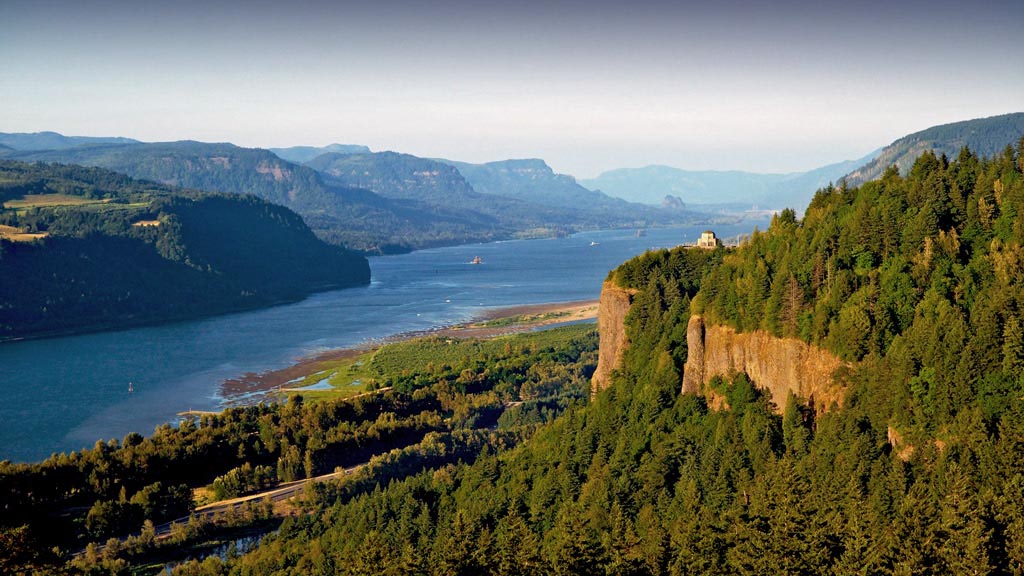 On April 25, 2018, the Department of State will hold a town hall in Spokane at the Historic Davenport on a topic that will determine the future of our region: modernizing the Columbia River Treaty.

The Columbia River Treaty was originally ratified between the U.S. and Canada in 1964 to reduce the risk of floods in downstream cities like Portland, Oregon, and to develop hydropower capacity. For fifty years, flood control and power generation have been the two major criteria for managing the river.

As special interests push energy and irrigation and U.S. demands versus Canadian demands, it’s important not to lose sight of the Columbia River itself. The official position of the United States will now include the health of the river as a third leg the Columbia River Treaty.

The Columbia River Basin is an abundant watershed that has supported immense forests, the world’s largest salmon runs and diverse and abundant wildlife. The rivers of this system span two countries, six U.S. states, a Canadian province, and 22 indigenous communities. It is a river system essential to all of us.

Decisions we make about how we manage the Columbia River need to take into account all the different uses of the water. Not just power for our homes and businesses, water for our cities, irrigation for our crops and transportation of our grains and goods, but the role it plays in supporting all life in our region. Water is life.

Columbia Basin tribes and many others are advocating for a third major criterion to be included in a modernized Columbia River Treaty: ecosystem-based function. It’s not enough anymore to think only of flood control and power generation. We need to take into account the health of fish, wildlife, habitat, forests and the river itself.

If Canadian and U.S. dams release more water to flow like a natural river, it would help restore healthier flows for salmon, native fish and wildlife. This could be done while still meeting the needs of hydropower and flood control.

In July 2017, Upper Columbia United Tribes (UCUT) and other partners released The Value of Natural Capital in the Columbia River Basin, a report that shows the Columbia River Basin’s natural capital provides $198 billion in value annually. This includes food, water, flood risk reduction, recreation, habitat and other benefits. The report estimates that even a 10 percent increase in ecosystem function would add $19 billion per year to our basin’s value.

One of the biggest benefits of managing for the health of the river is restoring salmon populations. The Columbia River once produced the largest salmon runs on Earth, often exceeding 10 million salmon per year. Today, only a fraction return to spawn.

Salmon fuel a huge industry in the Pacific Northwest. According to The Value of Natural Capital in the Columbia River Basin report, the economic value of Columbia River salmon and steelhead angling is estimated to be $140.9 million. If salmon populations could increase by even 51 percent, it is estimated that the annual existence value benefit of increased salmon runs would be $1.1 billion.

Not only are salmon an important economic resource for our region, but tribes and First Nations consider them to be sacred. The loss of salmon harmed our cultures and our people – and, because they are a keystone species, the health of our environment.

For thousands of years, tribes and First Nations have lived in and cared for the Columbia River Basin. These rivers were our life. We believe we were put here to take care of these lands and waterways.

However, tribes weren’t consulted when the Columbia River Treaty was ratified or when the dams were built that blocked our salmon. A modernized treaty is an important step in righting historic wrongs. It is past time tribes and First Nations have a seat at the treaty negotiating table so we can help inform the future of the Columbia River. We must be able to speak for ourselves, as sovereigns.

We all have a responsibility to protect our common home for generations to come. Changing how we manage the Columbia River – on both sides of the border – is important to ensuring we leave our descendants with a healthy home that includes clean water and salmon.