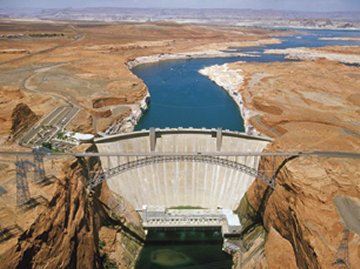 THAYER SCUDDER, the world’s leading authority on the impact of dams on poor people, has changed his mind about dams.

A frequent consultant on large dam projects, Mr. Scudder held out hope through most of his 58-year career that the poverty relief delivered by a properly constructed and managed dam would outweigh the social and environmental damage it caused. Now, at age 84, he has concluded that large dams not only aren’t worth their cost, but that many currently under construction “will have disastrous environmental and socio-economic consequences,” as he wrote in a recent email.

Mr. Scudder, an emeritus anthropology professor at the California Institute of Technology, describes his disillusionment with dams as gradual. He was a dam proponent when he began his first research project in 1956, documenting the impact of forced resettlement on 57,000 Tonga people in the Gwembe Valley of present-day Zambia and Zimbabwe. Construction of the Kariba Dam, which relied on what was then the largest loan in the World Bank’s history, required the Tonga to move from their ancestral homes along the Zambezi River to infertile land downstream. Mr. Scudder has been tracking their disintegration ever since.

Once cohesive and self-sufficient, the Tonga are troubled by intermittent hunger, rampant alcoholism and astronomical unemployment. Desperate for income, some have resorted to illegal drug cultivation and smuggling, elephant poaching, pimping and prostitution. Villagers still lack electricity.

Mr. Scudder’s most recent stint as a consultant, on the Nam Theun 2 Dam in Laos, delivered his final disappointment. He and two fellow advisers supported the project because it required the dam’s funders to carry out programs that would leave people displaced by the dam in better shape than before the project started. But the dam was finished in 2010, and the programs’ goals remain unmet. Meanwhile, the dam’s three owners are considering turning over all responsibilities to the Laotian government — “too soon,” Mr. Scudder said in an interview. “The government wants to build 60 dams over the next 20 or 30 years, and at the moment it doesn’t have the capacity to deal with environmental and social impacts for any single one of them.

“Nam Theun 2 confirmed my longstanding suspicion that the task of building a large dam is just too complex and too damaging to priceless natural resources,” he said. He now thinks his most significant accomplishment was not improving a dam, but stopping one: He led a 1992 study that helped prevent construction of a dam that would have harmed Botswana’s Okavango Delta, one of the world’s last great wetlands.

The study’s authors — three management scholars and a statistician — say planners are systematically biased toward excessive optimism, which dam promoters exploit with deception or blatant corruption. The study finds that actual dam expenses on average were nearly double pre-building estimates, and several times greater than overruns of other kinds of infrastructure construction, including roads, railroads, bridges and tunnels. On average, dam construction took 8.6 years, 44 percent longer than predicted — so much time, the authors say, that large dams are “ineffective in resolving urgent energy crises.”

DAMS typically consume large chunks of developing countries’ financial resources, as dam planners underestimate the impact of inflation and currency depreciation. Many of the funds that support large dams arrive as loans to the host countries, and must eventually be paid off in hard currency. But most dam revenue comes from electricity sales in local currencies. When local currencies fall against the dollar, as often happens, the burden of those loans grows.

One reason this dynamic has been overlooked is that earlier studies evaluated dams’ economic performance by considering whether international lenders like the World Bank recovered their loans — and in most cases, they did. But the economic impact on host countries was often debilitating. Dam projects are so huge that beginning in the 1980s, dam overruns became major components of debt crises in Turkey, Brazil, Mexico and the former Yugoslavia. “For many countries, the national economy is so fragile that the debt from just one mega-dam can completely negatively affect the national economy,” Mr. Flyvbjerg, the study’s lead investigator, told me.

To underline its point, the study singles out the massive Diamer-Bhasha Dam, now under construction in Pakistan across the Indus River. It is projected to cost $12.7 billion (in 2008 dollars) and finish construction by 2021. But the study suggests that it won’t be completed until 2027, by which time it could cost $35 billion (again, in 2008 dollars) — a quarter of Pakistan’s gross domestic product that year.

Using the study’s criteria, most of the world’s planned mega-dams would be deemed cost-ineffective. That’s unquestionably true of the gargantuan Inga complex of eight dams intended to span the Congo River — its first two projects have produced huge cost overruns — and Brazil’s purported $14 billion Belo Monte Dam, which will replace a swath of Amazonian rain forest with the world’s third-largest hydroelectric dam.

Instead of building enormous, one-of-a-kind edifices like large dams, the study’s authors recommend “agile energy alternatives” like wind, solar and mini-hydropower facilities. “We’re stuck in a 1950s mode where everything was done in a very bespoke, manual way,” Mr. Ansar said over the phone. “We need things that are more easily standardized, things that fit inside a container and can be easily transported.”

All this runs directly contrary to the current international dam-building boom. Chinese, Brazilian and Indian construction companies are building hundreds of dams around the world, and the World Bank announced a year ago that it was reviving a moribund strategy to fund mega-dams. The biggest ones look so seductive, so dazzling, that it has taken us generations to notice: They’re brute-force, Industrial Age artifacts that rarely deliver what they promise.

Jacques Leslie is the author, most recently, of “Deep Water: The Epic Struggle Over Dams, Displaced People, and the Environment.”