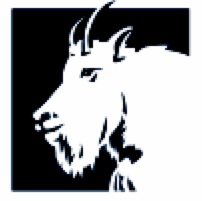 Dec. 30, 2014 As bishop of the Eastern Washington-Idaho Synod of the Evangelical Lutheran Church, my territory is home to the Columbia River, one of the great rivers of our continent. Whenever I have time and the Spirit allows, I travel throughout this region learning about its history and cultures, and studying its blessings and gifts. In Christian terms, this is called “theology of place,” in which our understanding of the Divine comes through the beauty of the natural world. One site where I feel most deeply connected to God is the Hanford Reach National Monument. Through a sometimes-open gate off Washington's remote Highway 24, a gravel road leads to an overlook where visitors can see the only undammed portion of the Columbia River left in the United States. This is the ancestral home of the Wanapum Tribe, whose name means “river people.” This is salmon ground, holy ground, and it is threatened by radioactive waste seeping toward the river. The Columbia River is indeed holy ground and not a machine, though it has long been treated like one. In 1964, the governments of the United States and Canada ratified the Columbia River Treaty, which mandated the building of large storage dams on the river for flood control and power generation. For these purposes, the treaty has been mostly effective. For Native Tribes and Northwest salmon, though, it has been a disaster None of the 15 Columbia Basin tribes were party to the 1964 treaty. They were treated as if they did not exist as sovereign nations, and as if they had no stake in the living river and the salmon that fed their people. Throughout the dam-building era, First Nations in Canada and Native tribes in the United States were moved from their homes, lost their livelihoods and food source, and saw their sacred ancestral sites flooded. This injustice mars the majesty of the river and the lives of her people. Salmon and steelhead have fared no better. Dozens of the Columbia River’s famed runs are now extinct, and 13 remain listed as threatened or endangered. The Columbia is no longer a living, robust river for most of its 1,200-mile journey. It has become a shackled ghost of its former self.

Last fall marked the first time, with 10 years’ notice, that the U.S. and Canadian governments could renegotiate the Columbia River Treaty. There is reason to hope that a new treaty can revive the river, respect the tribes, and leave a living legacy for all who love and share the abundance of the Columbia. Together with many other faith leaders, I uphold the Columbia River Pastoral Letter written by the 12 Roman Catholic bishops of the international watershed; it is an ethical framework for decision-making as the treaty is renegotiated. The values we invoke embrace conservation of the watershed as a common good, including flood control and power production, protecting species and wildlife, respecting the dignity and traditions of indigenous people, and promoting justice for all beings who share the river. I was also pleased to sign the Declaration on Ethics and Modernizing the Columbia River Treaty, which was sent to President Barack Obama and Canadian Prime Minister Stephen Harper in late September. The declaration put forward key principles for a renegotiated treaty, including: Healthy ecosystem function must be a central purpose of an updated treaty. Without a healthy riparian ecosystem, there is no future for the salmon and steelhead that depend on the living waters of the Columbia. The treaty’s governance must also include a steward, a designated protector of these unique waters. The tribes and First Nations must be parties to the new treaty. Native leaders are strong advocates both for salmon and for their communities, which have already lost so much. We must remember that the future of the Columbia River is a moral issue, and that indigenous rights must be revived and preserved for a just future. Climate change must be acknowledged and dealt with as a factor that will challenge and change the river. For both salmon as well as our communities to survive, the renegotiated treaty must help stem climate change as well as support adaptation to the changes that will surely be manifest in this watershed in the coming decades. Because the Columbia River is a gift given to us by our Creator and a blessing, I hope this understanding frames the renegotiation of the Columbia River Treaty.

The Rev. Martin Wells is a contributor to Writers on the Range, a column service of High Country News (hcn.org). He is bishop of the Eastern Washington-Idaho Synod of the Evangelical Lutheran Church in America, and is based in Spokane, Washington