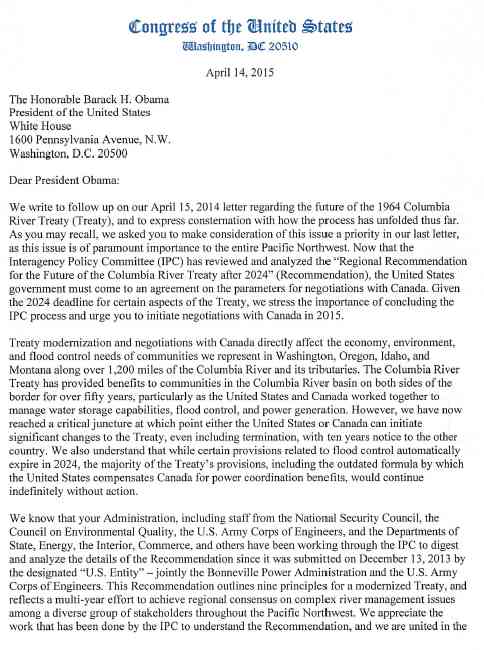 The letter expressed concerns about the slow pace the Obama administration is taking on considering the Columbia River treaty with Canada.

SPOKANE, Wash. (AP) — The entire congressional delegation from Washington, Oregon, Idaho and Montana is demanding that the Obama administration begin negotiations with Canada to update the landmark Columbia River Treaty.

Updating of the treaty, signed in 1964, affects the economy, environment, and flood control needs of millions of residents of the four states, along more than 1,200 miles of the Columbia River and its tributaries.

The letter sent this week expressed concerns about the slow pace the Obama administration is taking toward the complicated matter.

The treaty governs operations of dams and reservoirs on the fourth-largest river system in North America. It has no expiration date, but either country may cancel it or suggest changes beginning in 2024 with 10 years’ notice.