This week, on the lower Columbia River, all reservoirs peaked over 68°F. The reservoirs behind the John Day Dam registered the highest temperature: 73.04°F. 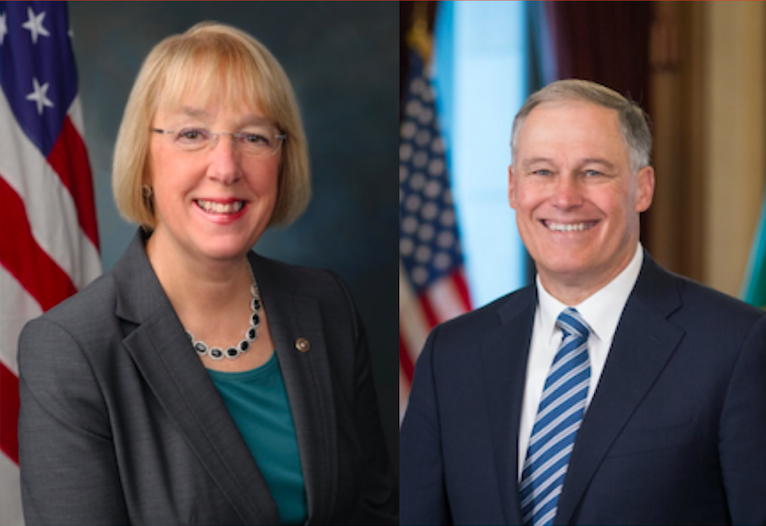 Last year Washington Sen. Patty Murray and Gov. Jay Inslee announced a process that “evaluated the feasibility of breaching the Lower Snake River Dams as a way of protecting endangered salmon and steelhead species.” In June, they released a draft “Lower Snake River Dams Benefit Replacement Report”, which confirmed that the dams’ current services can be fully, feasibly, and affordably replaced or their loss mitigated.

On August 25, 2022, Sen. Murray and Gov. Inslee released their recommendations on salmon recovery and the dams, as well as a final report on replacing the dams’ services. Sen. Murray and Gov. Inslee stated they are committed to action that will make dam breaching viable, noting that the extinction of salmon and the orca that feed on them is “categorically unacceptable.” They stressed the need for prompt action to replace—or mitigate the loss of —the dams’ services in advance of breaching. In addition, the final report affirmed that Columbia/Snake salmon and steelhead are in real peril of extinction, that the lower Snake dams are a major source of their endangerment and their removal is an essential part of a larger strategy to protect and restore abundant, harvestable populations.

In a statement, Gov. Inslee said that the status quo is not an option and that saving salmon is imperative. “The state and federal governments should implement a plan to replace the benefits of the Lower Snake River Dams to enable breaching to move forward,” Inslee said. “We will not permit Washington state to lose its salmon,” the governor and senator promised in their recommendations.

Information about the Murray/Inslee Snake River initiative and the final ‘Lower Snake River Dams’ Benefits Replacement Report’ and recommendations can be found here.

A Path Towards Salmon Recovery and the Removal of the Lower Snake River:

Sen. Murray and Gov. Inslee’s final report and recommendations have clearly stated our region should move forward with a plan to replace the benefits of the lower Snake River dams, and implement a new comprehensive approach to protect and recover salmon and steelhead populations facing extinction today.

“The science is clear that – specific to the Lower Snake River – breach of the dams would provide the greatest benefit to the salmon. Salmon runs in the Lower Snake River are uniquely impacted by the dam structures relative to other watersheds,” stated in Sen. Murray and Gov. Inslee’s final recommendations. Their findings lay the foundation for developing a comprehensive solution to restore the lower Snake River and its salmon, help critically endangered orcas, uphold our promises to Tribal Nations, create economic opportunities, and upgrade costly and aging energy, irrigation, and transportation infrastructure.

Sen. Murray and Gov.Inslee recognized that after 20+ years of “implementing mitigation and restoration actions for Snake River salmon and steelhead species, the species are on a downward trajectory. Despite robust levels of assessment and planning, actions have not resulted in responses that would indicate adequate mitigation, let alone levels of recovery.”

“Extinction of salmon, orca, and other iconic species in the Pacific Northwest is categorically unacceptable to us, and we will not permit Washington state to lose its salmon. We must move forward in a way that restores our salmon populations and acknowledges and redresses the harms to Tribes while responsibly charting the course to an energy and economic future for Washington state and the region. It is for these reasons that we previously stated that breaching of the lower Snake River dams should be an option, and why we believe, at the conclusion of this Process, that it must be an option we strive to make viable,” they concluded.

We are now on a path to breaching the four lower Snake River dams and replacing their services as part of a comprehensive plan for salmon restoration in the Columbia Snake River Basin. Sen. Murray and Gov. Inslee committed to developing a plan that requires building new energy, transportation, and irrigation infrastructure “in an effective and efficient manner. We can do so in a manner that is responsible and environmentally safe, that addresses the concerns of communities, and that respects the Treaty rights and cultural imperatives of Tribal sovereigns. But we must do this work.”

Notably, Sen. Murray and Gov. Inslee affirmed that, “The clean energy provided by the Lower Snake River Dams constitutes only a small fraction of the new generating and transmission capacity that our region must build – just over 3.4% according to the most recent E3 report. As such, replacing that capacity does not meaningfully alter what we must already accomplish.”

Sen. Murray and Gov. Inslee further concluded that to make dam removal a “realistic and actionable option, we must focus on short- and medium-term actions to invest in the region’s transportation network and electrical grid….Importantly, we must also aggressively pursue projects and initiatives to restore habitat and support salmon recovery throughout the Columbia River Basin and the Puget Sound.”

Sen. Murray and Gov. Inslee have both committed to develop and “implement a plan to replace the benefits of the Lower Snake River Dams to enable breaching to move forward."

For example, Sen. Murray and Gov. Inslee have committed to:

The Urgency to Restore Salmon and Steelhead:

But salmon and steelhead are running out of time. The federal hydro-system creates conditions that harm and kill juvenile and adult fish, including elevating water temperatures in large, stagnant reservoirs in the summer months. This summer, the lower Snake River have reached temperatures between 68°F - 72.32°F – causing dangerous conditions for salmon and steelhead. In addition, the Nez Perce Tribe’s Quasi-Extinction Threshold Analysis indicates that wild spring Chinook and steelhead populations in the Snake River Basin have crossed a critical threshold known as the Quasi-Extinction Threshold, signaling they are nearing extinction, and without intervention within the next 3-4 years, many may not persist.

Our region and nation must work together to develop and implement a plan to restore the lower Snake River, honor the treaty rights and other promises made to Northwest tribes, invest in clean energy and upgrade aging infrastructure, and create new economic opportunities for communities across our state and region.

LINKS TO RECENT NEWS AND INFORMATION:

Martha Campos is the Hot Water Report Coordinator with Save Our wild Salmon this summer while she resides on Kizh/Tongva ancestral lands in California. Martha holds a BA from the University of California, Davis in Native American Studies (and two minors: Environmental Policy, Analysis, and Planning and Climate Science and Policy) and is a queer, nonbinary person of color with ancestral roots in Mexico.