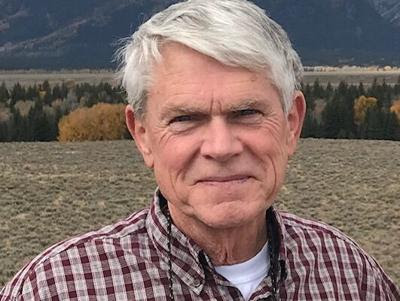 The July 31 commentary by Lewiston Tribune columnist Marvin F. Dugger titled, “Fish are simply an excuse to breach our dams,” is filled with the same half-truths and erroneous conclusions as his previous articles on the subject.

This technique has been referred to as “gas lighting,” which means telling the same falsehoods over and over until people believe them.

Dugger stated that a graph by Charlie Pottenger shows “how fish populations on the Columbia and the Snake rivers were stable from 1938 until year 2000 and then their numbers skyrocked is proof that dams are not hurting Snake River salmon and steelhead.”

He’s wrong because the fish numbers have several contributing factors.

Following the 1938-1947 interval, fisheries agencies began decreasing harvest from what had been over-fishing.

From 1938-1947 more than 50% of the fish migrating up the Columbia River were harvested before they reached Bonneville Dam. Since then harvest decreased to less than 10%. The reason Pottenger’s graph was flat from 1938 through the end of the century was partially because harvest decreased at the same time total run size decreased, not because the number of fish remained the same.

Beginning in the 1970s, wild fish numbers were rapidly decreasing while millions of hatchery smolts were being stocked. Thus, the number of fish in Pottenger’s graph continued to be flat.

The hatcheries were built to mitigate for the decline of wild fish caused by the lower Snake River dams. This system of hatcheries was called the Lower Snake River Compensation Program. Wild fish numbers became so dangerously low that all Snake River salmon and steelhead required protection under the Endangered Species Act in the 1990s.

They remain protected to this day.

From the 1970s on, only hatchery fish could be harvested in sport fisheries.

The so-called “skyrocketing” number of returning adults from 2001 to 2015 shown in Pottenger’s graph were mostly hatchery fish, and did not benefit the listed wild fish. These larger adult returns resulted from a combination of better than average spring runoff conditions and cooler than average ocean conditions.

During the most recent seven years through 2022, there have been several low runoff years combined with warm ocean conditions that have greatly decreased returning fish numbers. Variations in spring runoff and ocean temperature will continue, with a negative trend as climate change increases temperature, lessens snow packs as well as acidifies and reduces oxygen content of the ocean.

To give wild Snake River salmon and steelhead their best chance for recovery, the four lower Snake River dams must be breached.

This will reduce the time it takes smolts to migrate to the ocean and reduce the chance that smolts will be struck by a turbine or pass through a high-pressure dam bypass system, two of the three most significant factors affecting survival in the smolt-to-adult return (SAR).

Dugger’s wish that the dam-breaching idea would be “tossed onto the trash heap of history” is becoming less likely.

Several million tax dollars will be spent this winter in the Lewiston-Clarkston vicinity of Lower Granite Reservoir to dredge bottom sediments so barges and cruise ships can continue to navigate to local loading docks. These tax dollars, which are being spent every few years for dredging, would be better spent developing a modern rail system.

The shameful loss of our historically excellent salmon and steelhead fisheries hinders our region’s economy. While the recently established cruise industry might contribute an estimated $4 million to $6 million to our economy yearly, a healthy fishing industry supports more local jobs and approximately $8.61 million monthly to the local economy as documented in a 2019 Idaho Department of Labor report.

Culturally, socially, ecologically and economically our region will benefit from a natural river with healthy salmon and steelhead runs.

Richard Scully served as a regional manager for the Idaho Fish and Game Department.