From the desk of Joseph Bogaard, executive director, Save Our wild Salmon Coalition 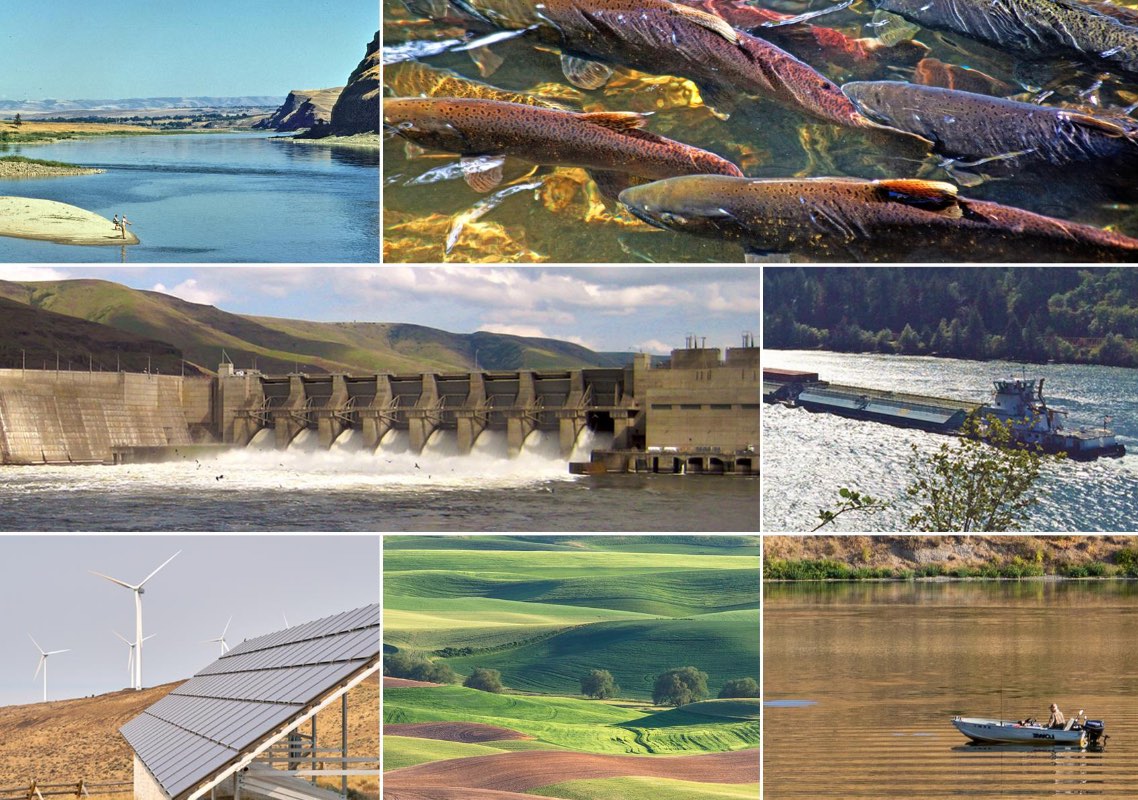 (Note: this is the first in a series of posts on this recent decision and announcement from Sen. Murray and Gov. Inslee)

Sen. Murray and Gov. Inslee announced key action items for the Snake River as one part of a larger set of important priorities and next steps designed to protect and restore abundant populations of salmon and steelhead across the Columbia Basin and Pacific Northwest. Save Our wild Salmon welcomes and appreciates this very significant package and proposal from the governor and senator and we look forward to working with them and others in the region and in D.C. to advance them - and with the great urgency that circumstances demand.

Their long-anticipated recommendations include this essential conclusion: “The science is clear that – specific to the Lower Snake River – breach of the dams would provide the greatest benefit to the salmon. Salmon runs in the Lower Snake River are uniquely impacted by the dam structures relative other watersheds, and the waters of the lower Snake River have unique potential for robust aquatic ecosystem and species recovery.”

While the senator and governor’s communications last week about breaching the dams were not as direct and detailed as we had hoped, we are now nevertheless on a clear path to replace the services of the dams and breach them to restore salmon. Murray and Inslee’s overall package includes essential commitments and next steps for state and federal governments working with Tribes and stakeholders to develop and implement a comprehensive regional solution to restore this historic river, protect and rebuild abundant salmon populations, uphold our nation’s promises to Tribes - and meet the needs of communities.

Our way forward – to plan and implement (i) the replacement of services and (ii) removal of the lower Snake River dams – will require significant collaborative planning, policy, advocacy, and state and federal investments. With salmon and steelhead populations and the Southern Resident orcas struggling for survival today, immediate and sustained action is essential. The crucial role of advocates remains to:

We're entering a critical new phase of work. The report, statements and recommendations by Sen. Murray and Gov. Inslee, along with the recent commitments by the Biden Administration as part of the continued litigation stay, have put the Northwest on a presumptive path to breaching the four lower Snake River Dams. After years of pushing to protect and restore the Snake River and its fish, there is now a way forward that we must push on -  urgently, strategically and effectively. Importantly, this announcement also solidifies Washington State's leadership role moving forward, including the opportunity to strengthen its partnership with Gov. Kate Brown and the State of Oregon.

We would not be here today without your passionate and sustained support, advocacy, agitation and collaboration – supporting the visionary leadership of the tribes, engaging diverse communities and constituencies, reshaping the politics and demanding leadership and real and lasting solutions from our elected officials.

The past few days – following this announcement – have been fast and furious - and they come on top of the Biden Administration’s recent commitment to restore salmon in the Snake and Columbia Rivers. With the Final Report, recommendations, various press statements and wide-ranging media coverage (stories have run in 250+ different news outlets!), there’s a lot of information to review and digest.

So we’ve compiled some information: key conclusions, excerpts and links about what happened, what it means and where we go from here. We’ll follow up soon with additional updates and developments – and, of course, ways that you can help.

I. Sen. Murray and Gov. Inslee’s key themes and conclusions:

The Northwest and nation are now on a path to replace benefits and breach the four lower Snake River dams as part of a comprehensive plan to restore salmon in the Columbia Basin. This requires building new energy, transportation and irrigation infrastructure. “We can do so in a manner that is responsible and environmentally safe, that addresses the concerns of communities, and that respects the Treaty rights and cultural imperatives of Tribal sovereigns. But we must do this work.”

Salmon, orca, clean energy and fishing advocates have hard work ahead in order to realize this opportunity: to support the Tribes and work with Northwest states, members of Congress and the Biden Administration to secure the necessary funding and replace the dams' services as quickly as possible. Plenty of interests will throw up roadblocks if they can. Meanwhile, important work by the Nez Perce Tribe, State of Oregon and conservation/fishing plaintiffs continues - to reach a settlement with the Biden Administration over the next twelve months that will restore the river and salmon and meet other regional needs. While we will need direct congressional authorization and funding, our work and way forward is clear – and with your continued partnership, we will begin to check items off the list. Salmon and orca - and our nation’s responsibility to uphold its promises with Tribes - demand it.

Associated Press: Report: Benefits of dams must be replaced before breaching.

Thank you, as ever, for your support and advocacy.

Save Our wild Salmon Coalition