From the desk of Joseph Bogaard 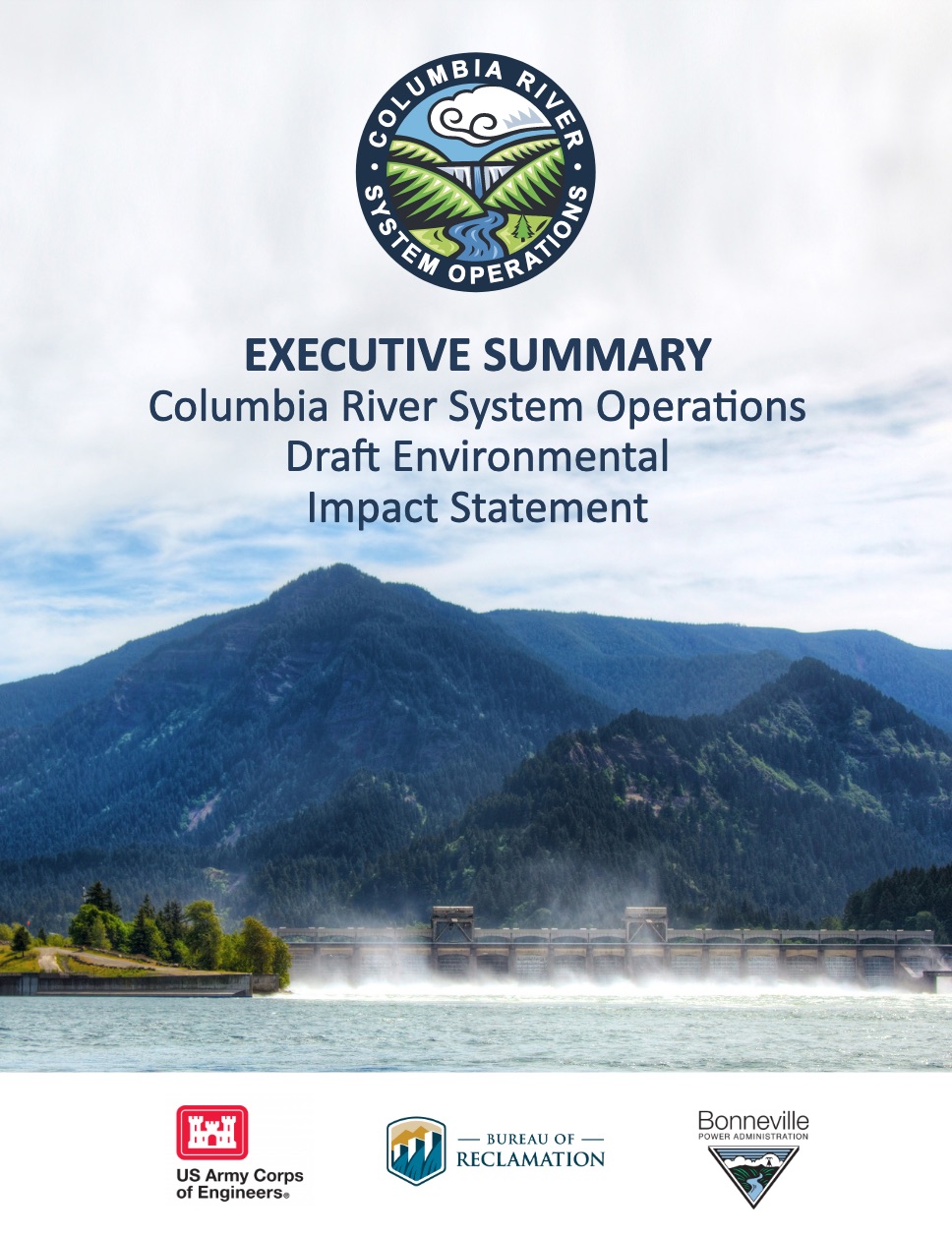 HERE'S WHAT JUST HAPPENED: Last Friday, federal agencies released their long-awaited Draft Environmental Impact Statement for Columbia Basin salmon and dams. The draft report offers no surprises: it recommends minor tweaks to a 25-year federal approach that has spent huge sums of money, brought salmon and steelhead to some of their lowest levels on record, helped push orcas to the edge of extinction and has been invalidated five consecutive times in federal court.

In the report, the federal agencies acknowledge (again!) that restoring the lower Snake River by removing its four federal dams would deliver the greatest recovery benefits to its endangered salmon and steelhead, but rejects it because it would, according to the agencies, be too costly and disruptive.

'Flexible spill' is this plan's centerpiece. The report embraces a 'flexible spill' program already in place for 2020 and 2021. Increasing levels of spill have been critical for buying some additional time for imperiled fish populations, but it is, by itself, no long-term recovery strategy. Fish Passage Center scientists have already determined that that this new plan would NOT deliver salmon survival benefits through the hydrosystem they need to survive much less recover. The warming impacts of a changing climate only underscore the urgency and need to act quickly. Salmon – and the irreplaceable benefits they bring to communities and orcas and ecosystems – face extinction today - and the clock is ticking.

If the strategy recommended by this Draft EIS is adopted as a long-term strategy for Columbia Basin fish, recovery is not an option. And extinction becomes almost certain for all four endangered wild Snake River stocks: sockeye, spring/summer chinook, fall chinook and steelhead.

HERE'S WHAT'S NEXT: With the release of the draft report, federal agencies opened a 45-day public comment period that will include hearings across the Northwest: Lewiston (ID), Kennewick (WA), Seattle (WA), Portland (OR), Spokane (WA), and Kallispell (MT). We need you and your friends and family to show up and speak up for salmon and steelhead abundance and a healthy, resilient, freely flowing lower Snake River!

We will follow up soon with details about the hearings, the public comment period and ways that you and others can help us send a strong message that salmon extinction and this draft report is unacceptable. If you have questions, ideas, or want to get more involved – please contact us. SOS will be working hard through the end of the agencies' short 45-day comment period (the executive summary is 36 pages; the report - 5,000!) to help you and others understand the report and encourage and enable people to show up and speak for salmon and steelhead and their rivers at the hearings and in other ways.

With the release of the draft report, we want to emphasize an important point: The federal agencies' salmon recovery record in the Columbia-Snake River Basin is dismal: they've spent $17B dollars and have not recovered any of the thirteen imperiled populations there. All of their last five plans have been found inadequate and illegal – most recently in 2016. This new report offers no meaningful departure from this past approach - only minor tweaks to a system experts agree requires a "major overhaul".

In truth, the federal agencies cannot and will not fix this flawed plan: They don't have the missions or authorities to deliver the plan the people of the Northwest and nation require and deserve – a plan that (1) recovers salmon abundance, (2) invests in vibrant fishing and farming communities and (3) supports a reliable, affordable and increasingly decarbonized regional energy system for current and future generations. This is the plan we need to call for and fight for!

For this plan, political leadership in the Northwest is the critical ingredient. Thanks to excellent work by you and many others, leadership has recently begun to emerge – Congressman Simpson, Governor Inslee, Governor Brown provide three examples.

Recovering salmon, protecting orca from extinction and meeting the needs of communities will require Northwest policymakers supporting and working urgently with the region's stakeholders and sovereigns to develop a lawful scientific, long-term plan that meets these three goals. The federal agencies must be constructive partners in this process but they cannot lead it. Northwest people and political leaders must lead. Our collective work in the weeks and months ahead must support and demand that Northwest governors and members of Congress engage and lead and help solve these linked problems of salmon, communities and energy.

Or these crises are likely to become more urgent and painful and costly for all involved.

Here are a few recent articles about the just-released draft report.

We'll follow up soon with more information and ways to get involved.

Thank you as always for your support and advocacy,