'Save Our wild Salmon' Spring Speaker Series: Hear from the experts and ask them questions 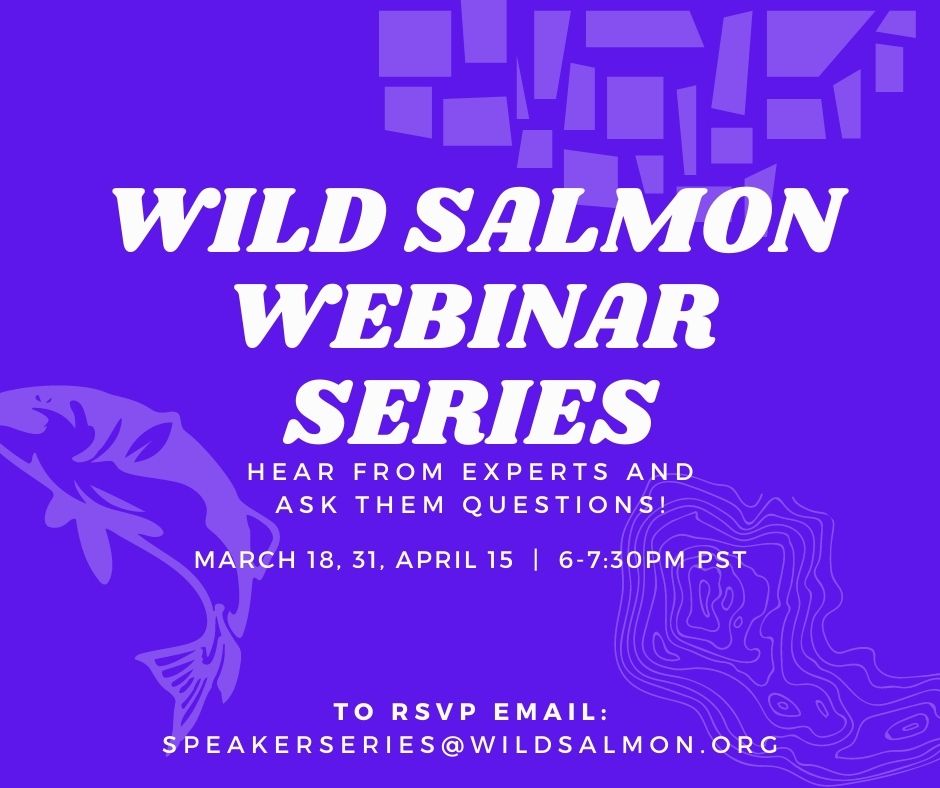 This online speaker series (via zoom) will feature in-depth conversations with several experts and leaders to discuss different aspects of salmon and steelhead recovery efforts - with a focus on the Snake River Basin.

Join us on March 18, March 31, and April 15 from 6:00 to 7:30 pm PST to learn about the challenges, opportunities, and implications of restoring the lower Snake River and its endangered fish by removing four federal dams. We'll explore ways to solve today's Snake and Columbia river salmon crisis in a manner that also ensures clean, reliable, and affordable energy and prosperous communities and cultures.

The Seattle Times' Lynda Mapes, reporter and author Rocky Barker, and the Outdoors Editor for The Lewiston Tribune, Eric Barker will share their expertise on the Snake River dams issue they've covered for years and how the Simpson proposal plays into this regional discussion. 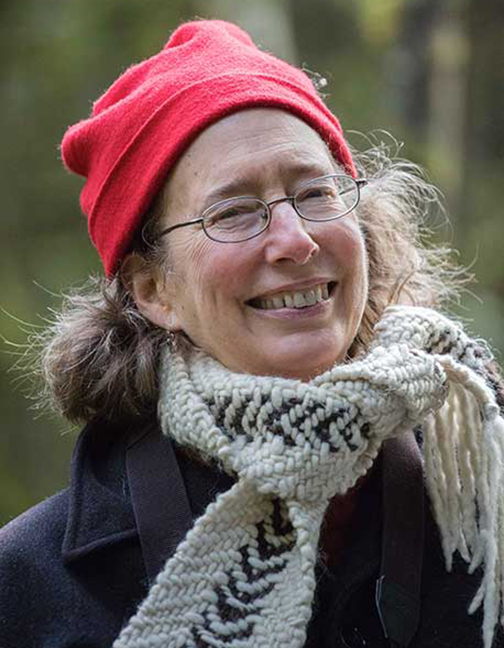 Lynda V. Mapes is a journalist, author, and close observer of the natural world. The Seattle Times has made a point of focusing on environmental issues for its readership; Lynda has been a key part of this effort, covering natural history, environmental topics, and issues related to Pacific Northwest indigenous cultures. Her writing connects ordinary people and nature. In 1997, while working at the Spokesman-Review in Spokane, Washington, she was awarded the Gerald Loeb award for a series on salmon recovery efforts in the Columbia Basin. It was the first time anyone looked at what the region had spent on recovery in the basin and what had resulted from those efforts. In addition to her newspaper career, she is the author of four books, including Elwha: A River Reborn. Her latest book focused on the Southern Resident orcas is scheduled for publication later this year. She lives in Seattle with her husband Douglas MacDonald. Learn more at www.lyndavmapes.com 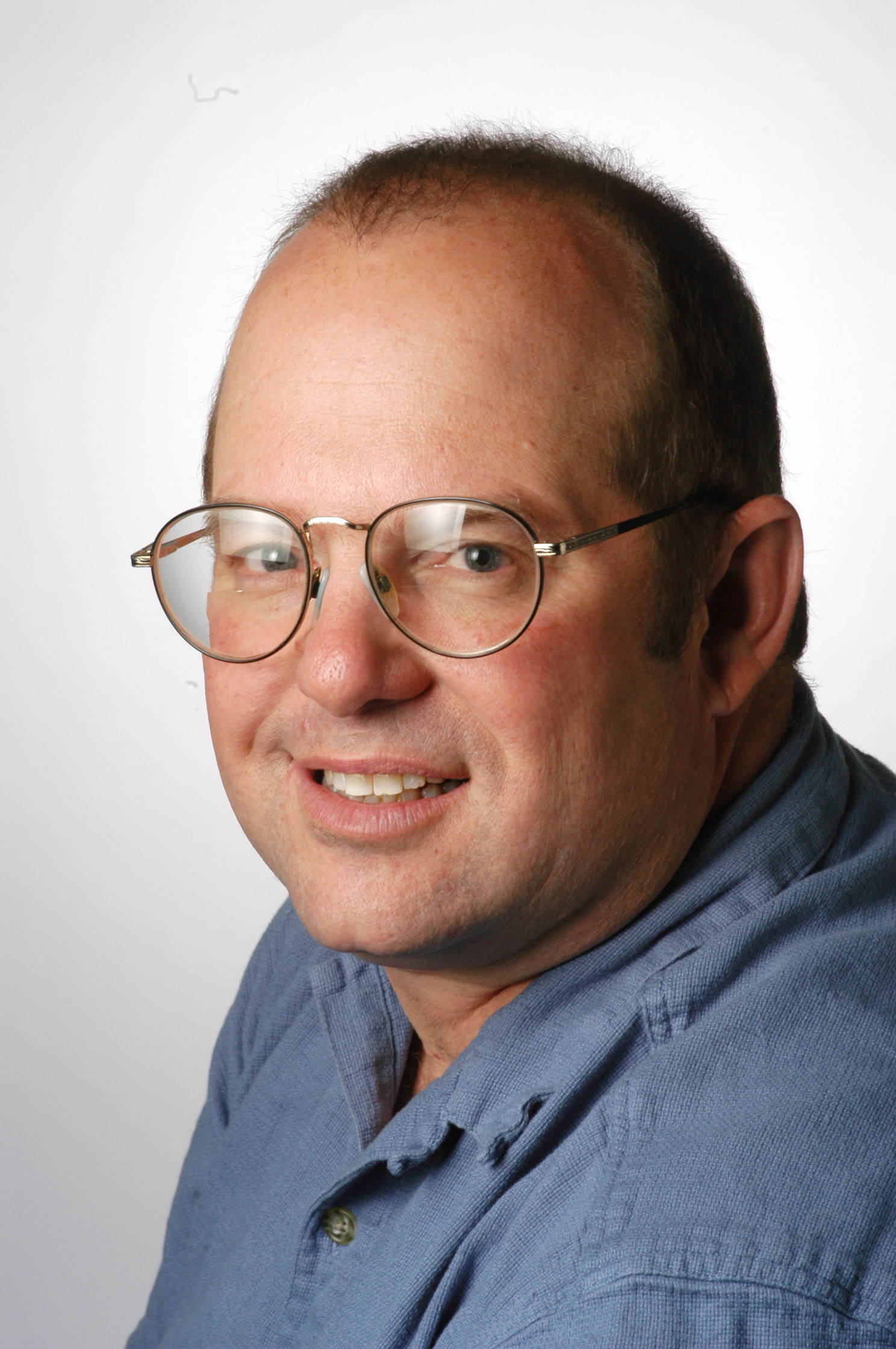 Rocky Barker is an author, writer, and producer who writes a column for Writers on the Range, a service of High Country News. During his 43-year career, he covered environmental issues ranging from mining in Wisconsin, acid rain in Canada, rain forest protection in Hawaii, to fish and wildlife conservation in Russia's Far East and Africa. His paper, Mending Fences on biodiversity conservation in Hawaii, was published by the East-West Center. He is the author of Scorched Earth: How the Fires of Yellowstone Changed America. The story inspired a television movie, Firestorm: Last Stand at Yellowstone on A&E Network co-produced by Rocky. His first book, Saving All the Parts, was cited for excellence by the Sigurd F. Olson Nature Writing Award judges. He co-authored the Flyfisher’s Guide to Idaho with Ken Retallic. He retired earlier this year as environmental reporter for the Idaho Statesman, where he was the researcher for a series of editorials in 1997 calling for the breaching of four Snake River dams to save salmon. He and his wife Tina live in Boise. Learn more at www.rockybarker.com 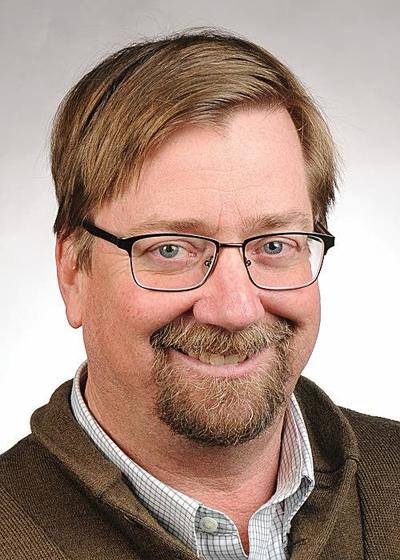 Eric Barker is the outdoors editor and environmental reporter for the Lewiston Tribune and won the 2019 Dolly Connelly Award for Excellence in Environmental Reporting. Barker wrote a series of stories about the Snake and Columbia river system that explains the complex policy decisions surrounding the waterways, according to a news release about the award. His stories capture “the shift from the old debate of dams versus fish to the new reality of a rapidly changing energy market, a changing political atmosphere in Washington, and the challenge of climate change,” said Rocky Barker, a retired Idaho Statesman writer, in the news release. Barker joined the Tribune in 1997 as the education reporter and became the Outdoors and environmental reporter a year later and has been covering salmon and steelhead since. He lives in Lewiston with his wife Sadie.

In a discussion led by Sam Mace, the Inland Northwest Director of Save Our wild Salmon, in collaboration with Defenders of Wildlife and Spokane Falls Trout Unlimited, we'll dive into the Snake River Vision Project, interactive map, and perspectives from around the region. We hope to explore questions like: how a restored lower Snake River will best benefit Inland Northwest communities and economies, and what recreation, fishing, habitat, Tribal use, and other values did a free-flowing river provide before dams? 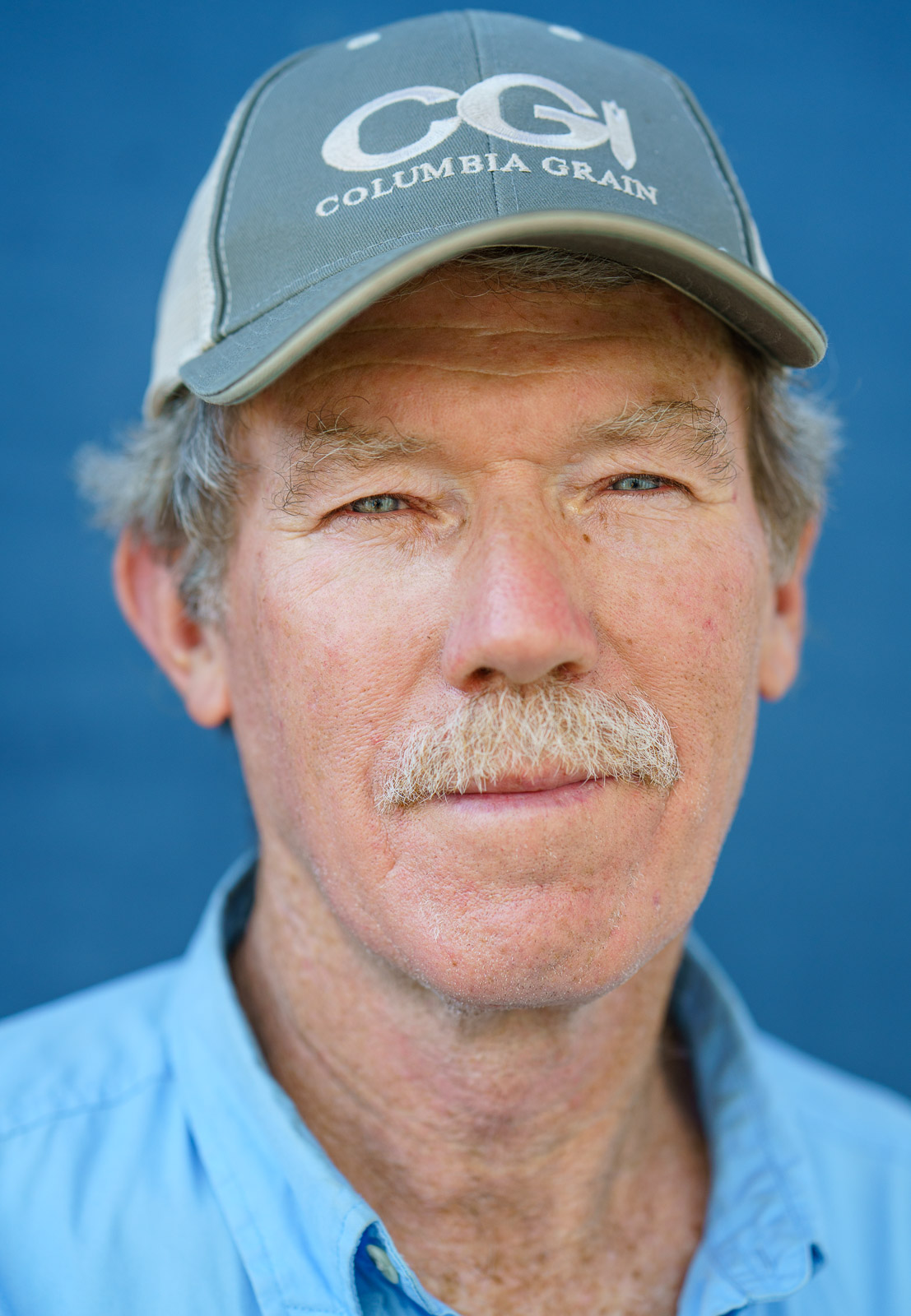 ear Dusty, WA. He manages a peach farm on the banks of the Snake River, near where the community of Penawawa existed before being inundated by Little Goose dam. Bryan currently ships his grain down the lower Snake River by barge. He has served on the Snake River Salmon Recovery Board and has implemented stream restoration projects on his farm to benefit fish and wildlife. 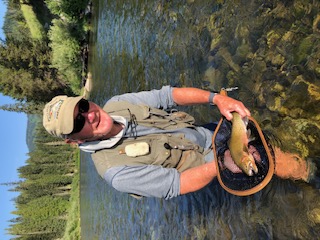 Harvey Morrison has advocated for Snake River salmon and steelhead for more than 30 years.  He grew up in Spokane hunting, fishing, and hiking the lower Snake River before it was dammed.  He is Past President of Spokane Falls Trout Unlimited and currently serves on the chapter's Advisory Committee, where is a volunteer leader in Spokane River restoring habitat for native redband trout.

Richard Scully, born in Lewiston, is a retired Ph.D. scientist with degrees in zoology and fisheries. He began working for Idaho Fish and Game in 1983 focused on salmon and steelhead management issues on Idaho rivers including the Snake, Clearwater, and South Fork Salmon. He retired in 2008 after serving as the IDFG Regional Fishery Manager based in Pocatello. In the interim, he has continued to work on fishery management issues. Most recently he served on Idaho Governor Brad Little's Salmon Recovery Task Force. Richard lives in Lewiston, Idaho.

Guest speakers from American Rivers and Defenders of Wildlife and others will share the stories of various river restorations that have taken place across the region and nation including the Elwha, Rogue, Penobscot and other rivers - and what those can teach us about the potential of restoring the lower Snake River. 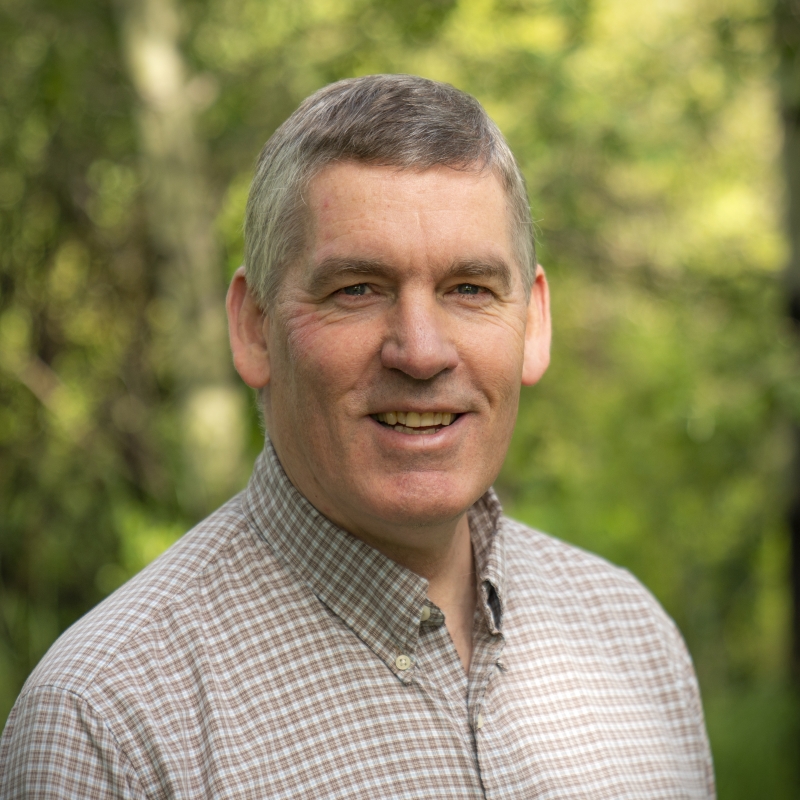 Shawn Cantrell, as the Vice President of Field Conservation Programs, oversees the work of Defenders in the field. He has spent more than 20 years working on wildlife and public lands conservation, first as Northwest Regional Director of Friends of the Earth and later as Executive Director of Seattle Audubon Society. His advocacy and leadership were instrumental to the passage and implementation of the federal Elwha River Restoration Act, leading to the removal of the two dams on Washington’s Elwha River. Most recently, Shawn has worked together with government agencies and private landowners to protect and restore forest habitat vital for the recovery of threatened northern spotted owls and marbled murrelets. Shawn earned a B.A. in Political Science from Gonzaga University as well as a certificate in Non-Profit Leadership from the University of Washington’s Evans School of Public Affairs. 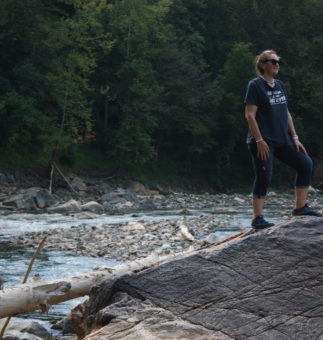 Serena McClain is the Director of River Restoration at American Rivers and has worked in the river restoration field for more than thirteen years, focusing largely on dam removal planning. McClain works with regional and national stakeholders to demonstrate how to enhance safety, quality of life and economic development by restoring the natural function of rivers and utilizes her communications and policy expertise to ensure that local communities and key decision-makers are aware of the opportunities available to them and are equipped with the tools necessary to aid them in those decisions. Serena joined American Rivers in 2001. Prior to that, she was an account executive with Porter Novelli, where she developed media and marketing strategies for a number of associations and issue-oriented campaigns. B.A. in Political Science from Angelo State University

SOS Inland Northwest Director Sam Mace first got involved in efforts to protect Snake River wild salmon and steelhead 20+ years ago working for the Idaho Wildlife Federation. She’s worked for SOS since 2004. Sam lives in Spokane with her dog and her sweetheart and spends her free time fishing, hiking and gardening.

SOS Executive Director Joseph Bogaard began working for Save Our Wild Salmon as an organizer in 1996. He first got hooked on Northwest salmon restoration efforts while in graduate school where he authored a paper in the mid-1990s, exploring the then-relatively recent Snake River salmon listings under the Endangered Species Act, and how it might impact Northwest lands and waters, its energy system, and tribal and non-tribal communities. Joseph lives outside of Seattle with his wife Amy and their children.

LINKS TO RELEVANT INFORMATION AND REPORTS: