From the desk of Joseph Bogaard
February 9, 2021

Make no mistake – this is an unprecedented initiative – and it presents a once-in-a-lifetime opportunity for Northwest people and place. With his $33B proposal, Rep. Simpson has kicked off an ambitious and urgently-needed conversation about how our region can work together to solve shared problems, seize big opportunities, invest in our communities – and help position the Northwest to meet the challenges we face in the 21st Century.

"I think this is a once-in-a-lifetime chance to solve this problem...We can create a Northwest solution that ends the salmon wars and puts the Northwest and our energy systems on a certain and secure and viable path for decades, and restore Idaho salmon.” – Congressman Mike Simpson 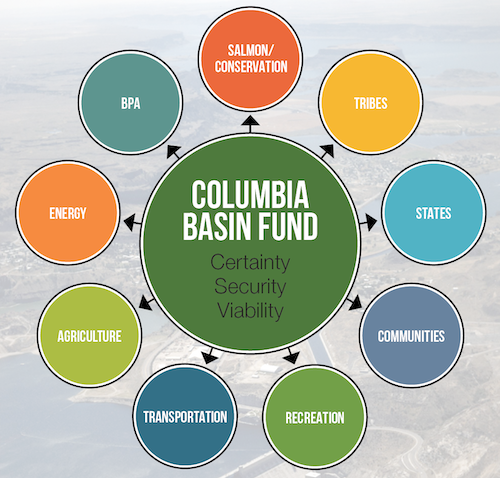 The Save Our wild Salmon Coalition (SOS) welcomes Rep. Mike Simpson’s (R-ID) leadership and commitment to protect and restore abundant and harvestable salmon and steelhead populations in a manner that also supports our region’s farming and waterfront communities, expands our clean energy economy, and upholds our nation’s responsibilities to Tribal Nations in the Northwest.

With this proposal, Rep. Simpson has started a discussion about how to comprehensively address a set of challenges facing the region’s communities, economies and natural resources. We urge other members of Congress to work together with sovereigns and stakeholders to help refine and advance it. At SOS, we look forward to contributing to this conversation and working with others in the Northwest to seize this opportunity.

You can hear directly from Rep. Simpson in his 5 minute video introducing his proposal. He has also posted this slide deck to help people understand his proposal’s overall scope, framework and key issue areas.

** If you live in the Pacific Northwest (Washington, Oregon, Idaho, Montana or Alaska), we urge you to contact your Member of Congress and both United States Senators – to highlight this groundbreaking proposal from Rep. Simpson – and to encourage their careful consideration and constructive engagement to refine and advance this proposal in Congress. 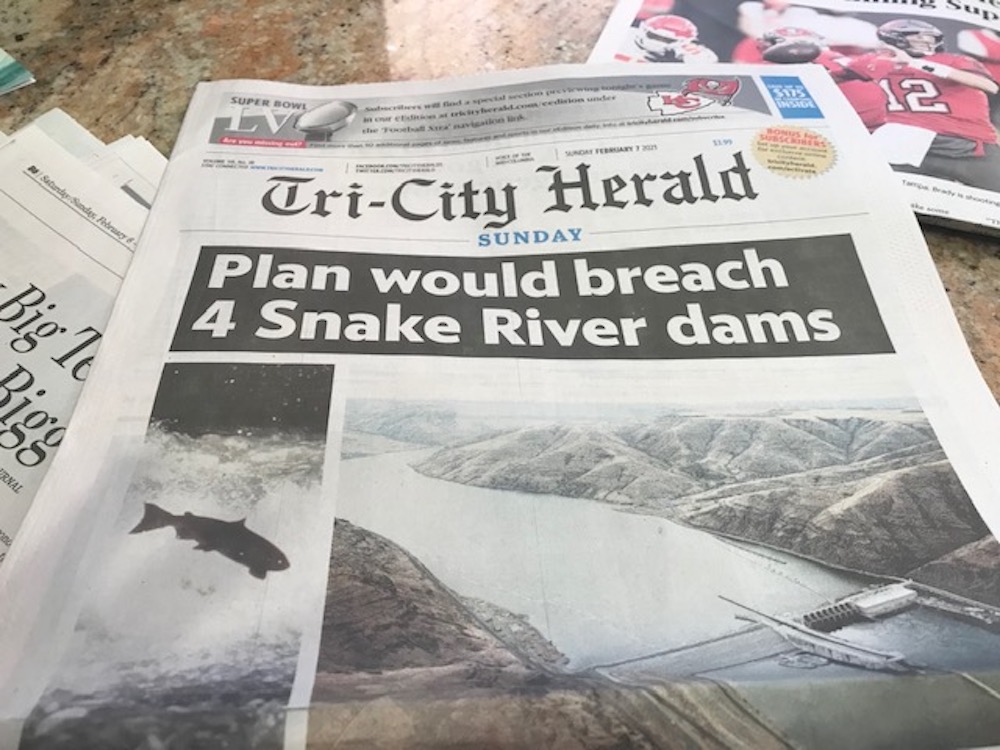 Where did this proposal come from? Back in April of 2019, Congressman Simpson delivered a keynote speech at a salmon recovery conference in Boise, Idaho. For nearly an hour, Mr. Simpson spoke to a rapt audience of 300. Using personal stories, a blizzard of facts, and thoughtful reflection, he communicated his deep appreciation of salmon and the myriad benefits they bring to Idaho and the Northwest. And he announced his commitment to do all he could to bring back “Idaho’s salmon” and encouraged others to join him in asking the difficult “what-if?” questions.

"If the lower Snake River dams were removed, what would be needed to replace their services to bring everyone forward together?”

After decades of conflict; many billions of dollars in spending, and Columbia-Snake River Basin salmon and steelhead populations still facing extinction, he emphasized his focus on improving outcomes, increasing certainty and reducing conflict – for all involved.

Nearly two years later, after more than 300 meetings with other regional policymakers, sovereigns, stakeholders and citizens, Rep. Simpson has offered his best thinking about how to answer this question – and he’s inviting the people of the region to work with him and each other to refine and advance this proposal.

“I want people to think about not what exists now, but what we want the Pacific Northwest to look like 20, 30, 50 years from now,” Simpson said. “Everything we do on the Columbia and Snake River we can do differently … Salmon don’t have that option. They need a river.” – Congressman Mike Simpson

What’s in this proposal? Rep. Simpson’s proposal is ambitious and comprehensive. SOS will work in the coming weeks to help you understand what’s in it, what it means, and how you can join the conversation to help make it the best that it can be - and, we hope, move it forward in Congress.

Importantly, this proposal also recognizes the pressing need to address historic injustices imposed upon Native American Tribes. It would expand the Tribes’ role as co-managers of fish and wildlife in the Columbia Basin, take important steps to restore access to harvestable salmon and help to uphold our nation’s trust and treaty responsibilities.

“There is potential for a lot of healing with this legislation.”
– Shannon Wheeler, chairman of the Nez Perce Tribe Executive Council.

This move by Congressman Simpson is courageous and visionary. It aims to tackle a set of costly, persistent and challenging problems that have been holding back the Northwest for decades. It sets up increased abundance for the Northwest – salmon, clean energy, inland and coastal communities and Native American Tribes. With this proposal, Rep. Simpson is incentivizing a new era of collaboration rather than continuous and costly conflict. In order for this to succeed, people will need to carry water for each other, including and especially, for folks with whom we’ve/they’ve previously disagreed.

Finally for now, while this proposal offers a tremendous opportunity for the Northwest and the nation, it’s not perfect. Salmon – and the Southern Resident orcas that rely upon them – don’t have much time. Our region must act urgently and meaningfully – or we risk losing these species and the irreplaceable benefits they bring - forever. In addition, there are some challenging provisions including, for example, proposed limitations on litigation and automatic license extensions for a set of privately owned dams in the Columbia Basin. These are serious issues; we're going to need time to study and better understand this proposal - and work with the Northwest Congressional delegation as well as stakeholders and others refine this package to be the best it can for the people of the Northwest and the nation. Stay tuned.

For now - thank you for your advocacy, your persistence and your support. Congressman Simpson’s courageous move has transformed the conversation. Our work together across many years has helped to bring about this “once-in-a-lifetime" opportunity - and now it's going to take a whole lot of hard and determined work to seize it. We look forward to continuing our partnership with you to do just that.

Joseph Bogaard
Save Our wild Salmon Coalition
“The question I am asking the Northwest delegation, governors, tribes and stakeholders is ‘do we want to roll up our sleeves and come together to find a solution to save our salmon, protect our stakeholders and reset our energy system for the next 50 plus years on our terms?’ Passing on this opportunity will mean we are letting the chips fall where they may for some judge, future administration or future congress to decide our fate on their terms. They will be picking winners and losers, not creating solutions.” – Congressman Simpson