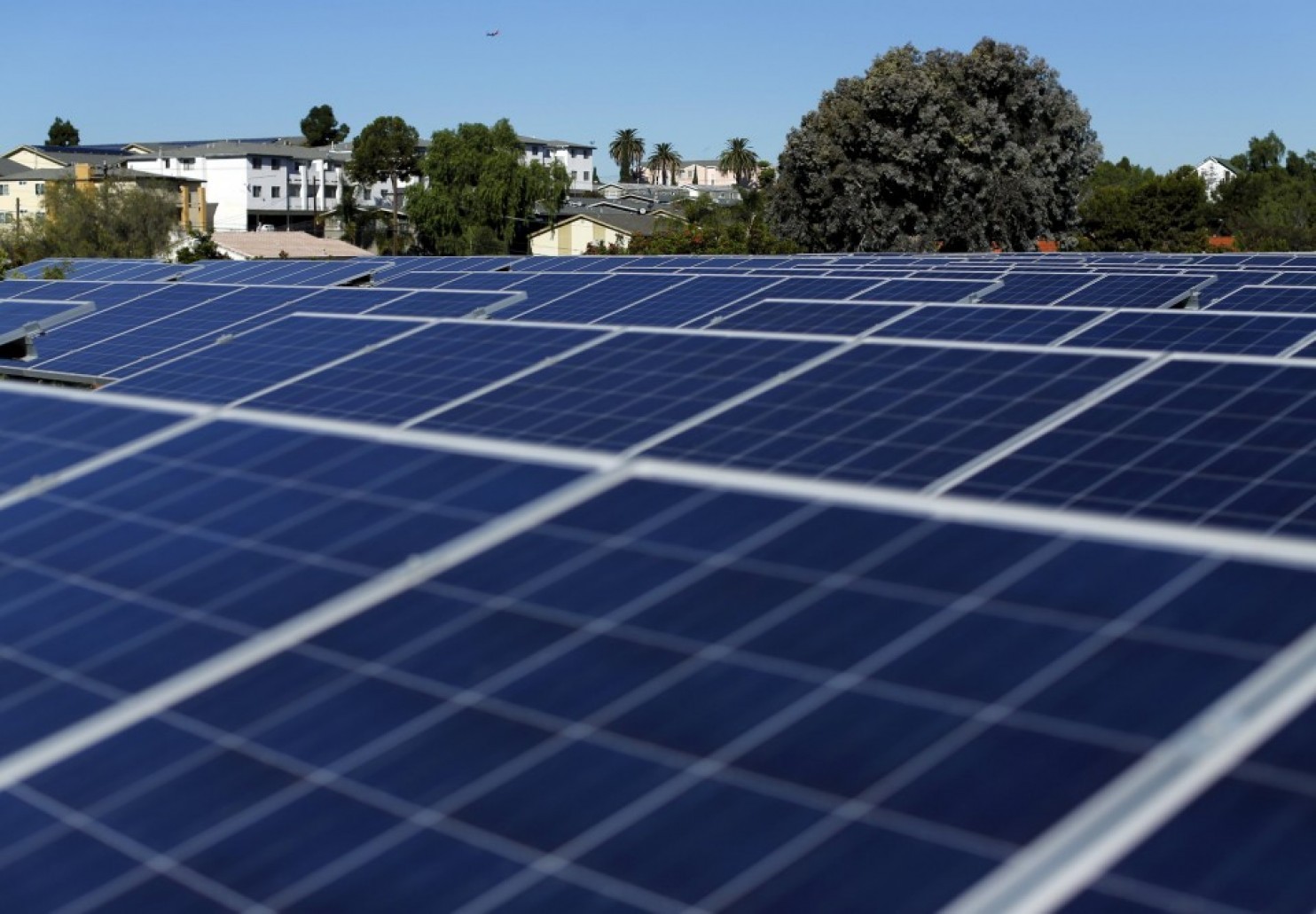 Most people these days know that wind and solar energy are booming. And for the most part, we simply see this as adding two new and cleaner sources of electricity to the mix that we already have.

But really, it is way more complicated than that. These two renewable sources have a tremendous difference from sources such as coal, nuclear and even hydropower that involves not where the energy comes from but, rather, when it comes. You can run a nuclear plant, or a coal plant, all night, steadily. But you cannot do that with a solar plant, except perhaps in the summer in far northern Alaska.

This large “variability” or “intermittency” of renewable energy has been endlessly cited to suggest that sources like wind and solar can only make up in the neighborhood of 15 to 20 percent of all electricity on the grid, notes a recent report by President Obama’s Council of Economic Advisers. And yet, the study goes on to say, we are already seeing isolated instances, albeit brief, of renewables doing much more than that in some locations.

“Portugal was run 100 percent on wind, solar, and hydropower for four days straight in May 2016, and Texas hit a record level of 45 percent instantaneous penetration from wind generation during one evening in February of this year,” the report observes.

So can we really attain far higher levels of renewables, and still get everybody power when they want and need it? Without suggesting it will necessarily be easy — or that we can entirely do away with “baseload” power sources like nuclear any time soon — what’s so striking is to find that Obama’s advisers think that, thanks to the burgeoning growth of grid batteries and other technologies that can help integrate variable energy streams, the answer is yes.

In the process, they’re subtly undermining one of the key arguments made by defenders of coal and also sometimes nuclear — that renewables cannot compete with the steady output of baseload electricity from these long established sources.

“What they’re getting at here is that these things are growing rapidly, and there isn’t a hindrance to higher penetration of renewables,” says Matt Roberts, executive director of the Energy Storage Association, an industry group that welcomed a White House rollout of the CEA report, other related battery-focused announcements, and an energy storage summit late last week. “There’s not some artificial cliff that says, ‘Okay, if we hit 30 percent, or whatever other magic number we decide, that renewables are un-viable.”

Through new administration moves and paired announcements by industry and utility companies, the expected upshot of the new initiatives is “at least 1.3 gigawatts of additional storage procurement or deployment in the next five years,” the White House said.

The Council of Economic Advisers report amounts to the intellectual backup for these endeavors. It finds that two key trends — managing the grid’s electricity requirements at a given time through innovations such as “demand response,” and a greater proliferation of batteries and other energy storage technologies — can substantially ameliorate the very real problems caused by the variability of wind and solar and “support further increases” in the deployment of these electricity sources.

Granted, more wind and solar “will require a re-envisioning of the management of the grid,” the report notes. But it argues that this re-envisioning is not only possible, it’s already underway.

The key problem is that with more wind and especially more solar on the grid, you reach a situation where solar can be doing a great deal of work for supplying electricity during the middle of the day, when it’s most plentiful — but also one in which demand for electricity rises steeply, even as solar availability declines, in the evening. This means that other energy sources, such as natural gas, will have to ramp up very rapidly to close the gap, and this is quite expensive — unless, that is, there is a way to mitigate the steepness of this daily rise in demand.

At the same time, there’s another, more general issue. The variability of renewables — epitomized by a cloudy day, or one that isn’t very windy — adds more question marks for those charged with operating the grid on a daily basis. This means that as more wind and solar are added to the grid, there will also be a need for more ways of switching where and when power is used, which comes with a cost.

However, forms of energy storage — for instance, charging up batteries when there is a lot of solar power, and then having that electricity ready to dispatch when it’s needed — could mitigate this problem to a significant extent. Large-scale energy storage today remains expensive to deploy, but the Council of Economic Advisers concludes that that’s going to change, even as more penetration of renewables makes its deployment more valuable because of the need for the additional services it can provide.

And then, there’s “demand response,” getting key users of electricity — either large businesses or aggregated groups of individuals — to use less at key times when the grid faces high levels of demand. This could significantly ease the evening ramp-up of electricity demand, and basically amounts to a technology and coordination problem: You need to be able to alter electricity usage quickly at key moments, and you need to be able to organize and provide compensation to those who are willing to help out the grid by doing so.

But this, too, is becoming more and more possible. The Council of Economic Advisers finds that “continued expansion of smart markets and advanced communications is likely to make demand response all the more valuable going forward.”

The Supreme Court recently resolved a challenge aimed at large-scale demand response — mainly used by big companies that use a lot of electricity, and want to get paid for being selective about when they use it — in its favor. But there are also many smaller scale, individual possibilities with demand response, involving home appliances that can become “grid interactive” and modulate precisely when they are used. Water heaters and electric vehicles, in particular, are promising in this respect, says the Council of Economic Advisers.

The upshot is that while really big changes are clearly coming to the grid — and while nobody is saying that we can suddenly go to 100 percent renewables — there are many reasons to think that new technologies, as they become cheaper, will work hand-in-hand with the growth of wind and solar to make a cleaner grid possible. And if we see these technologies grow, and drop in price, at anything like the rate that wind and solar themselves have, that grid could come sooner than we think.