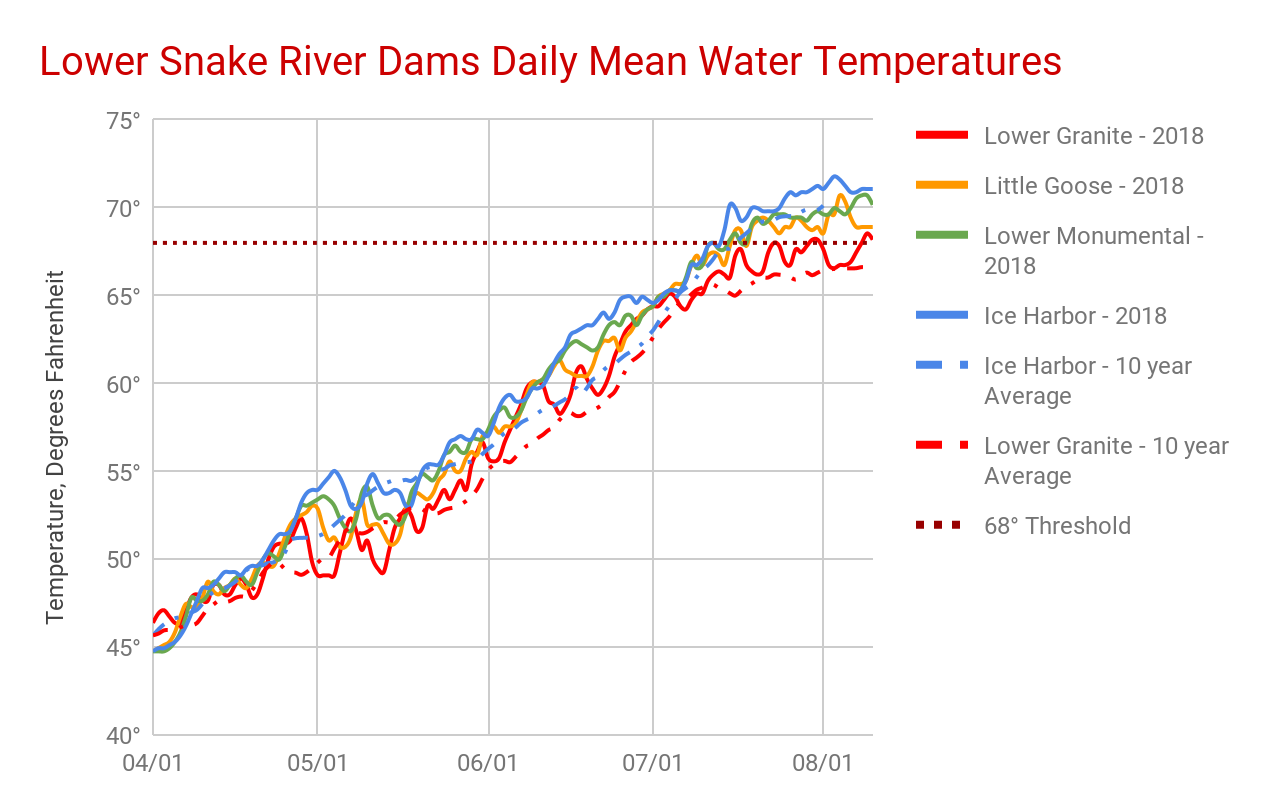 Temperatures at Lower Granite have turned sharply upward, as Lewiston and Clarkston have experienced multiple days in excess of 100°. Cold water output from Dworshak Dam on the North Fork Clearwater is being increased to 13,000cfs counter this, but will not reach Lower Granite for three days. Meanwhile, flows of warmer water from Hells Canyon Dam have also been increased to 24,000cfs to meet electricity demands from increased air conditioner use, countering the cooling benefits from Dworshak. Managers for Dworshak Dam are currently considering reducing flows to save water for the upcoming steelhead and fall chinook runs. Further downstream temperatures remain high, with Lower Monumental experiencing a brief cooldown. 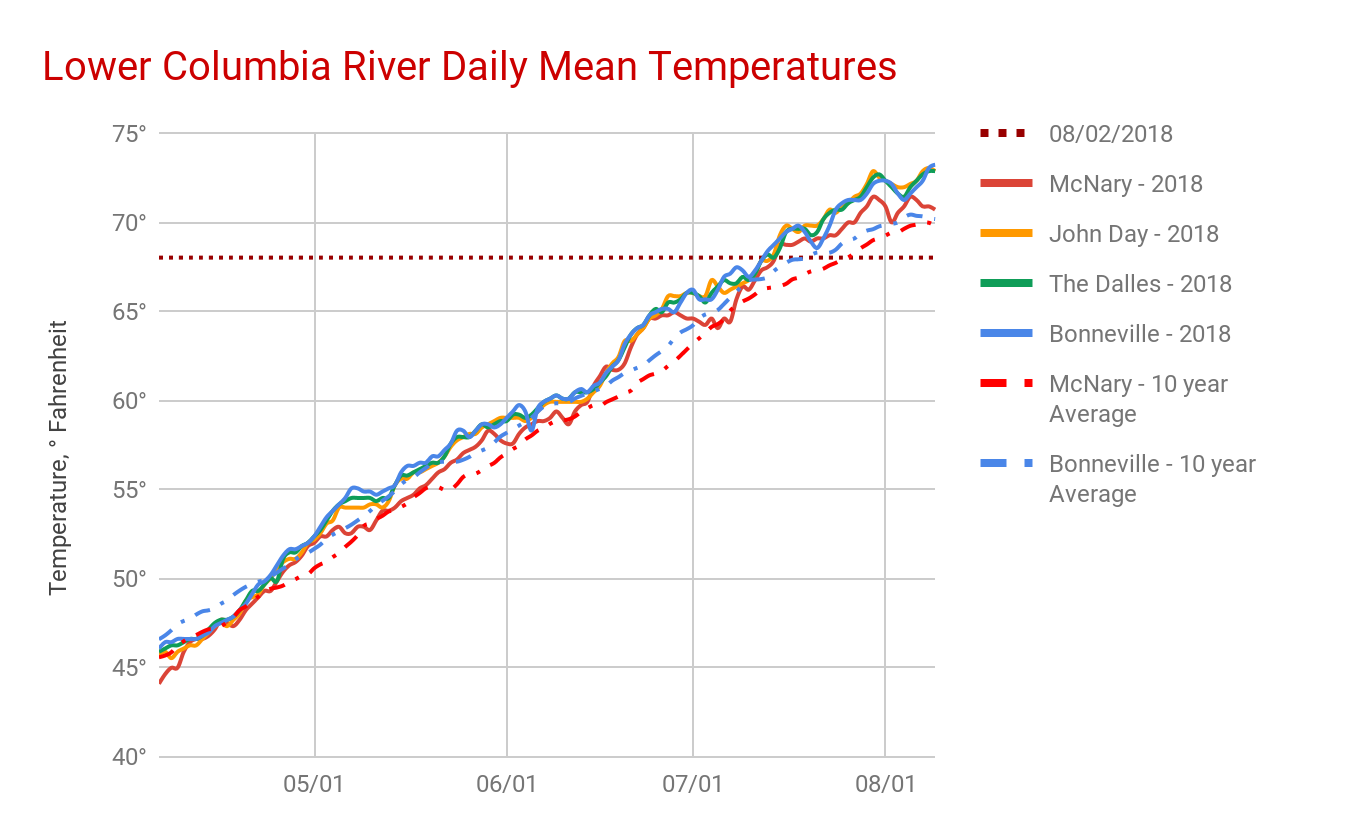 High temperatures behind the Dalles Dam have led to a complete closure of fishing near the mouth of the Deschutes River at Miller Island. The closure is in place to allow steelhead a chance to rest in the cooler water of the Deschutes before traveling further up the Columbia and possibly into the Snake River to spawn.

McNary Dam remains the outlier in the system of four Lower Columbia Dams, as it receives augmented flows from the Snake in much higher volumes than any of the tributaries lower down. Despite this, temperatures in excess of 100 degrees at Hanford and the Tri Cities have ensured that all Lower Columbia reservoirs remain well above 68°. 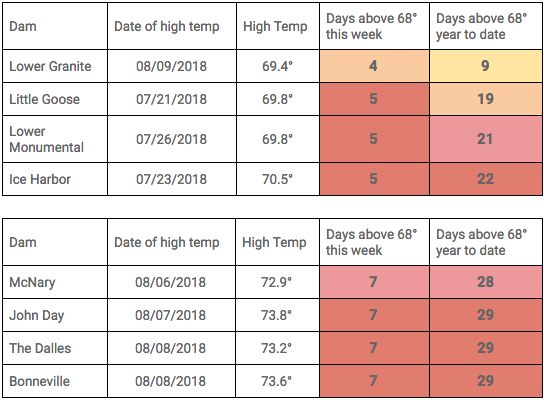 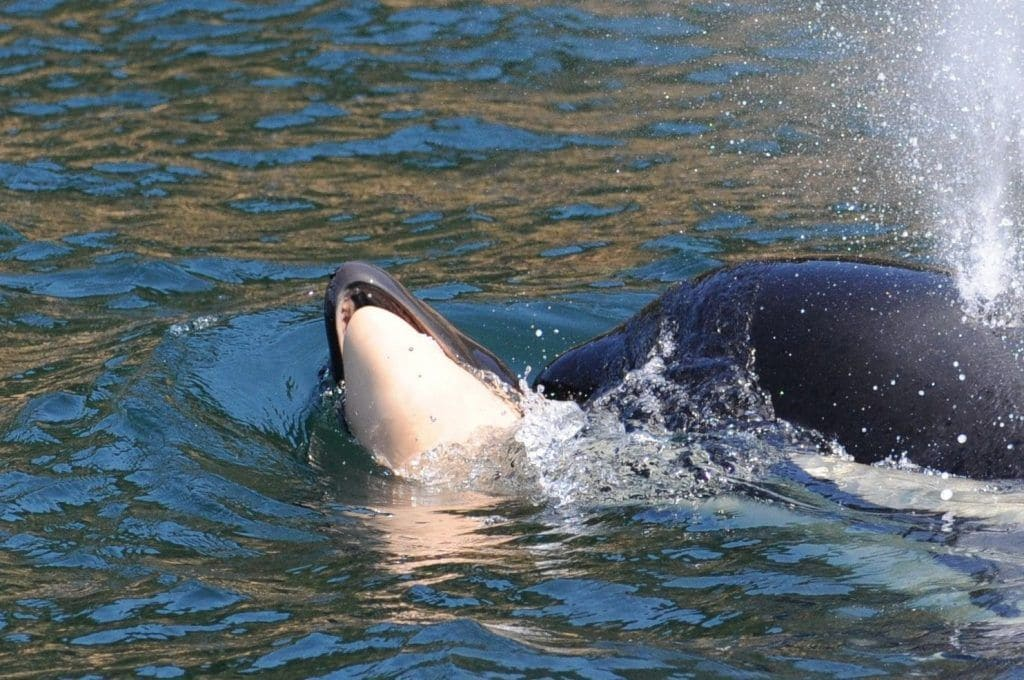 The death of a newborn orca calf in the Salish Sea has drawn global attention to the lack of chinook salmon to sustain these large predators. Endangered Southern Resident Orcas rely on chinook for 80% of their diet, but the decline of chinook have left them malnourished. Snake River Spring/Summer Chinook and Snake River Fall Chinook are both ranked in the top 10 most important stocks for orca recovery. Deaths of orca calves are extremely significant as the reproductive window of the surviving orcas is only another five years. With this in mind, this week we take a look at historic chinook runs to understand just how much has been lost. 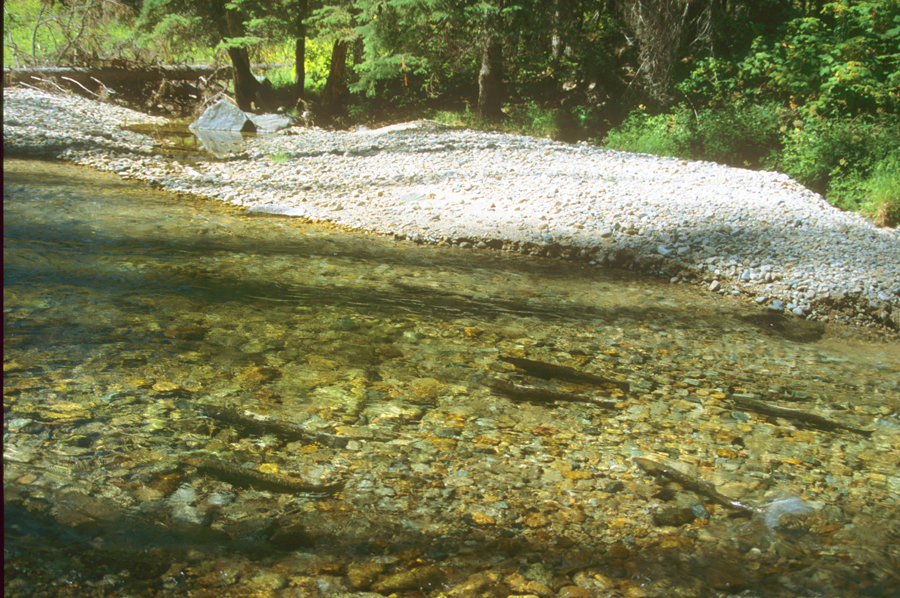 More than 55% of chinook spawning grounds were completely blocked off by dams and roads over the last century. Dams such as Grand Coulee on the Columbia and Hells Canyon on the Snake eliminated thousands of miles of spawning habitat in an instant. In the habitat that remains accessible, the impacts of human activity are quite shocking. Scientists with the USFS and Idaho Fish and Game have been counting spawning redds in the Middle Fork of the Salmon River and its major tributaries since at least the 1950s. In this pristine watershed, there were over 20,000 individual redds prior to the completion of all eight federal dams between Idaho and the Pacific, implying a run of at least 40,000 adult salmon (one male, and one female per redd) in this single river. 2017 counts revealed only 250 redds. Over this time, as more federal dams were constructed on the Columbia and Snake Rivers downstream, very little changed in the Middlefork of the Salmon. This river was one of the first to be protected as a Wild and Scenic River, and lies entirely within the Frank Church River of No Return Wilderness. This pristine habitat still exists, with its massive potential for chinook salmon productivity, if downstream passage and survival can be improved. 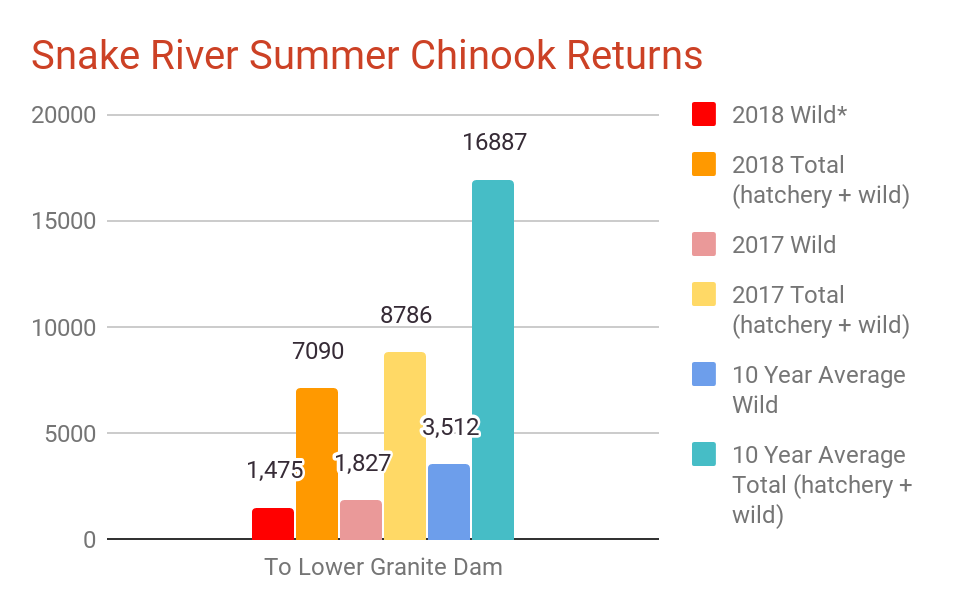 The summer chinook run is now complete, with fisheries managers treating all returning chinook as fall run for the remainder of the year. Summer chinook runs have declined far more than any other, as they migrate through the mainstems of the rivers during the hottest months of the year with no relief. While river temperatures this year have been lower than 2017, summer returns are still on the decline. Note that even the best years recently saw returns well below the productivity of the Middle Fork Salmon alone in years before completion of all eight of Lower Snake and Columbia Dams. If the Lower Snake dams were to be removed, summer chinook numbers could double within a few years, feeding the starving orcas.

NW  Sportsman: COLUMBIA AT DESCHUTES MOUTH, LOWER HALF MILE OF TRIB CLOSING TO ALL FISHING