Welcome to the Lower Snake and Columbia River Hot Water Report, week nine. This weekly report presents the conditions on the Lower Snake and Columbia Rivers via graphs, analyses, and stories. We have been tracking the rivers as they become too hot for migrating salmon, as well as the return of each individual salmon species. Reports will conclude soon, once temperatures settle below 68°. 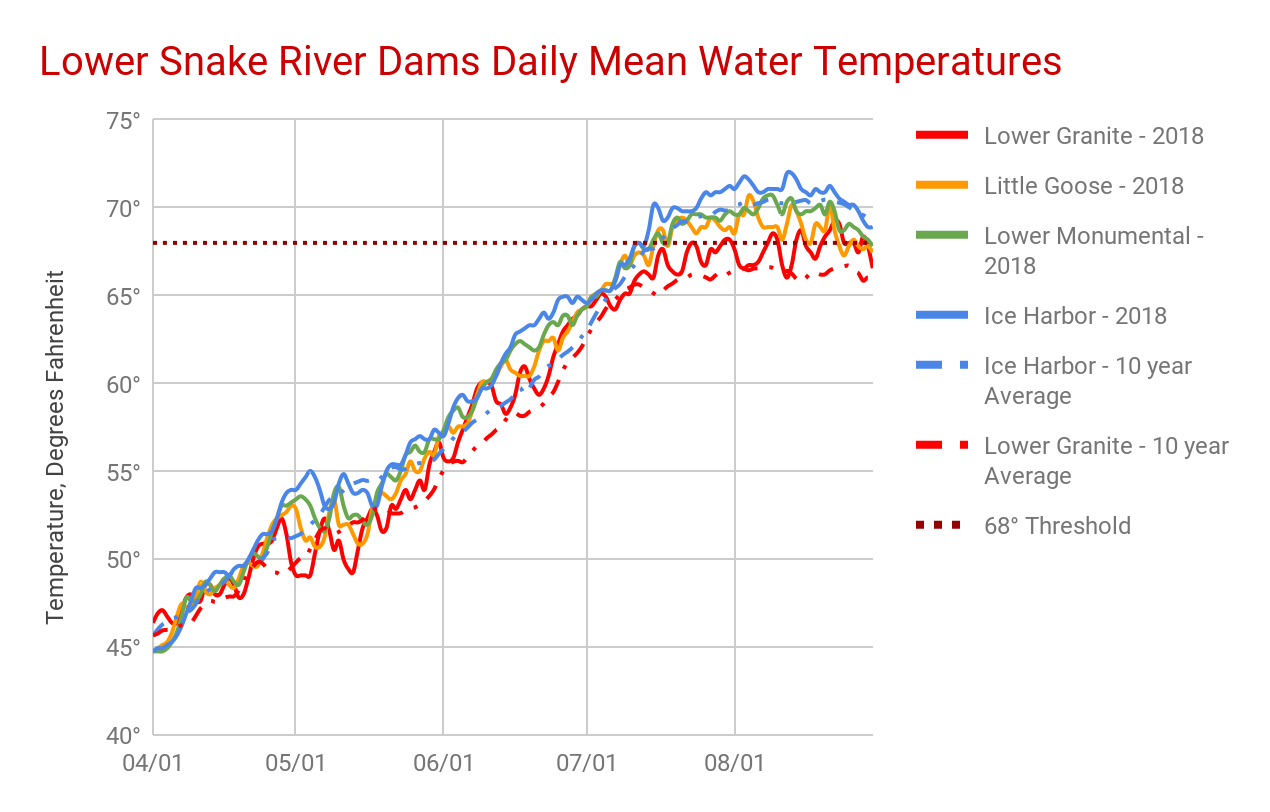 Temperatures at all four of the Lower Snake dams have began to decrease over the last three or four days. Daily highs are still breaking above the 68 degree survival threshold, with the exception of Lower Granite and Little Goose, whose high temperatures measured 67.6° and 67.5° respectively on August 30th. Continuing along last week’s trend, air temperatures have been cooler overall this week. Nonetheless, warm temperatures in the 80’s and occasionally the low 90’s persist. Temperatures at Ice Harbor, the furthest downstream of the lower four Snake River dams, remain the warmest and continue to register well above the 68° survival threshold. Meanwhile, at the forebay of Lower Granite dam - the furthest upstream and most direct recipient of high elevation streamflows - temperatures have begun to dip back below the 68° threshold. 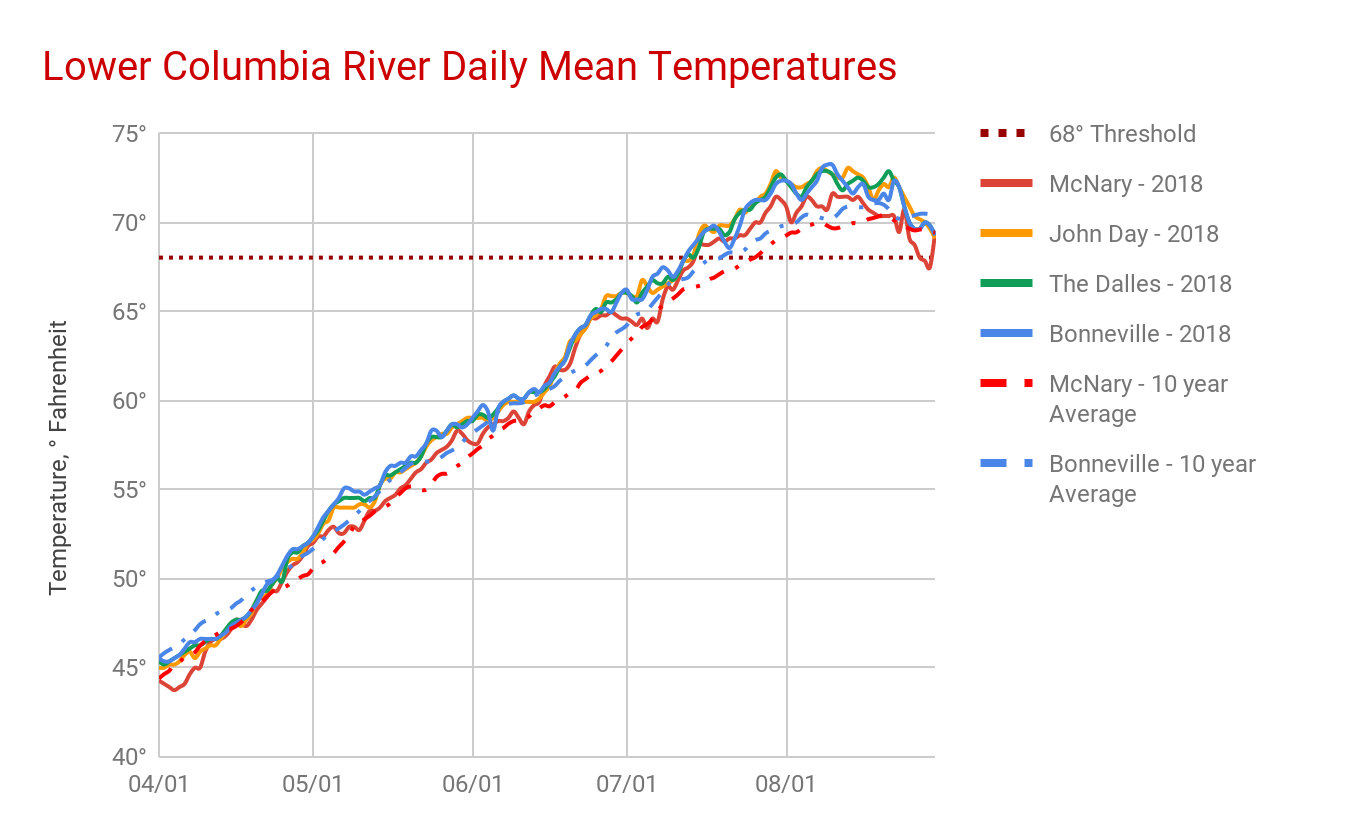 The general trend toward lower temperatures apparent on the lower Snake is also evident on the lower Columbia. Though the temperatures at the forebays of all four dams have begun to dip, they remain above 68°. McNary is the first of the four dams to see days without a daily max temperature above the threshold. Yet, until all daily temperatures remain consistently below 68°, fishing closures will likely continue. Last week’s night fishing closure remains in place, as does the closure at the mouth of the Deschutes. 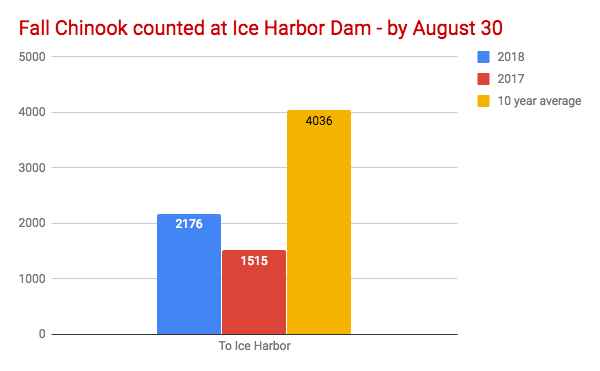 Chinook arriving at the mouth of the Columbia after August 18 are no longer counted as Summer Chinook, but rather as Fall Chinook. Snake River Fall Chinook have fared far better than Spring/Summer runs, but are still listed as a threatened species. There was talk of delisting the species after the banner year of 2014, in which more than 50,000 chinook returned to the Snake River and its tributaries.

So far, this year’s fall return has been far below average. However, the improvement over 2017 results at this point in the year gives hope that we might see a return to the sort of recovery that was underway in the first half of the decade. These returns are, however in a very early stage. The numbers on the graph above represent less than 30% of the complete run.

IFiber One: Entire State Drying Out Under Drought Like Conditions