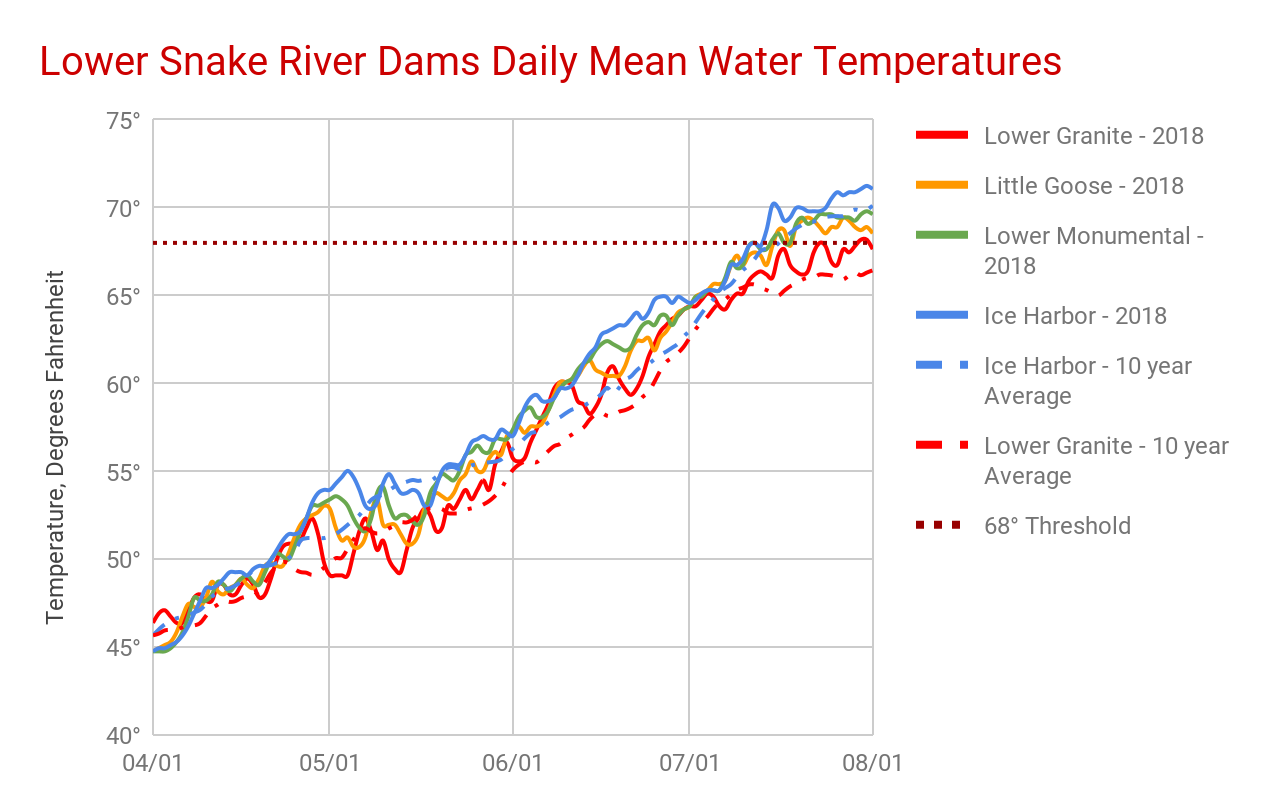 A brief respite to the recent heatwave can be seen in temperatures remaining consistent over the last few days. As the lines representing the temperatures at individual dams begin to part ways, note that the temperatures are positively correlated with the conversion rate of returning sockeye. The hotter the reservoir, the fewer salmon survive to be counted at the next site upstream.

Conditions at Lower Granite have briefly dropped back below the survival threshold just in time for the last batch of migrating sockeye. While the average temperature at the recording site on Lower Granite Dam, I received a report this week from a retired Fish and Game employee that their thermometer was reading a high water temperature of 75° near Lewiston, ID. 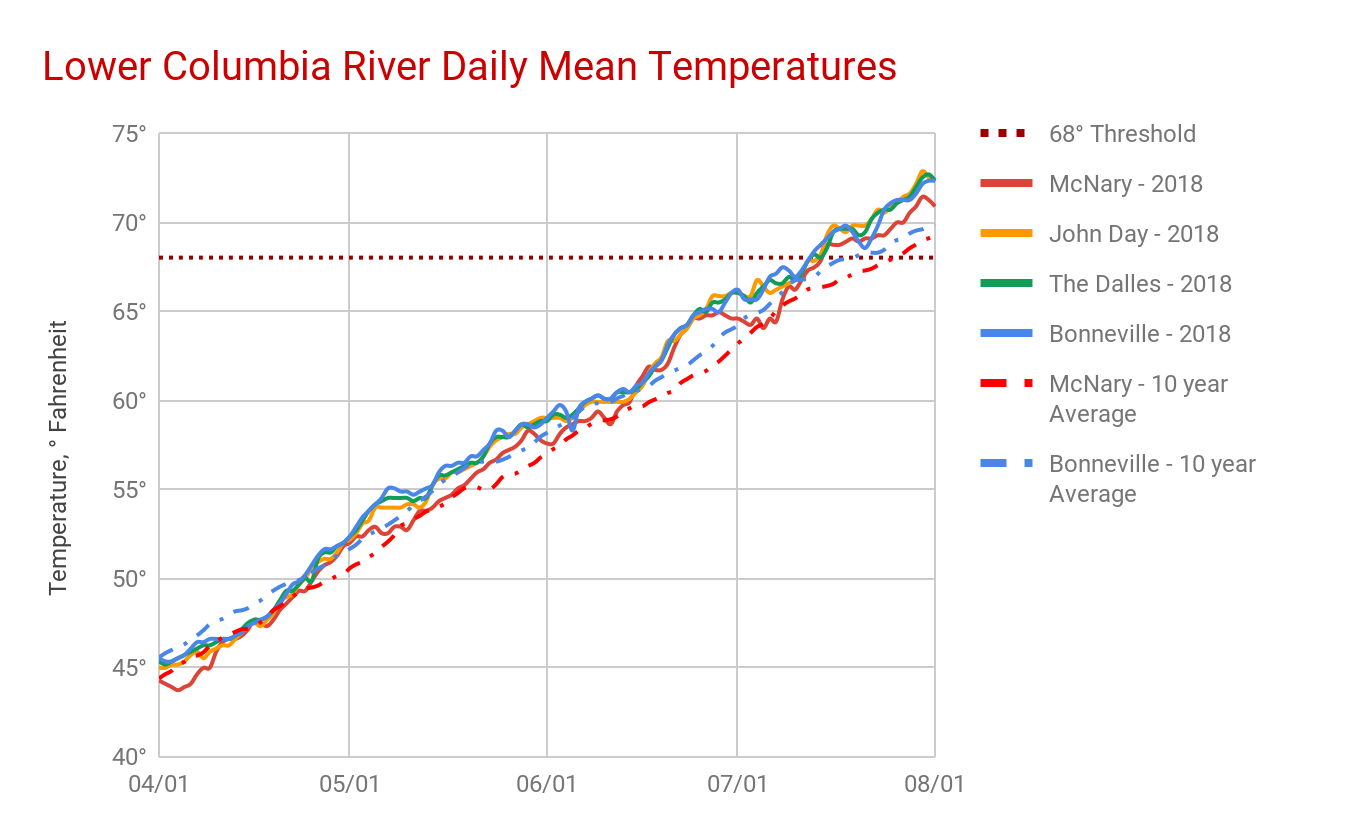 Windy conditions brought cooler temperatures to some parts of the basin, while fanning wildfire flames in others. The milepost 90 fire is currently burning over 10,000 acres along the north shore of the Columbia just upstream from John Day Dam, adding heat and removing shade from the riverbank. Several other fires are burning south of the river as well.

The Washington Department of Fish and Wildlife issued a new rule calling for all salmon caught between McNary Dam and Priest Rapids Dam to be returned to the river. Fisheries managers in the Yakima basin believe that the abnormally high temperatures of the Yakima have caused sockeye and summer chinook to wait longer in the mainstem of the Columbia, or even to have returned downstream to escape the heat. Overfishing this section of the Columbia at this time could have drastic consequences for Yakima Valley salmon. This rule will go into effect on August 6. 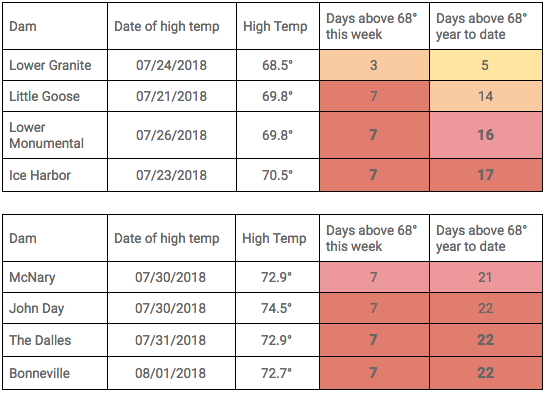 The first sockeye of the year returned to Redfish Lake Creek on July 26. Over the ensuing weeks, this intrepid traveler will be joined by others, but the 2018 return is not expected to be significantly improved over 2017’s at Idaho’s highest salmon spawning ground. 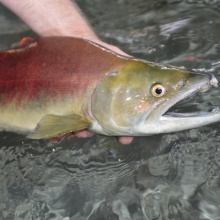 It is believed at this time that all sockeye have passed Lower Granite Dam, the last barrier on their journey to the Sawtooth Mountains. A total of 266 sockeye have been counted at Lower Granite, a mere 9.5% of the 2,800 that made it in 2014. While an improvement over the dismal returns of 2017, the events of this summer summon once again the specter of extinction for Snake River Sockeye. With nearly half of the salmon run dying off in the too-warm waters of Lake Sacajawea, calls to remove the Snake River dams are gaining strength.  Fishery managers note that the cooler waters from Idaho’s Dworshak reservoir could reach farther downstream in the lower Snake, and even into the Columbia mainstem, if the four lower Snake dams were bypassed.