The Hot Water Report is a project of the Save Our wild Salmon Coalition, with assistance from Idaho Conservation League, Columbia Riverkeeper, Idaho Rivers United, Friends of the Clearwater, and Washington Sierra Club. 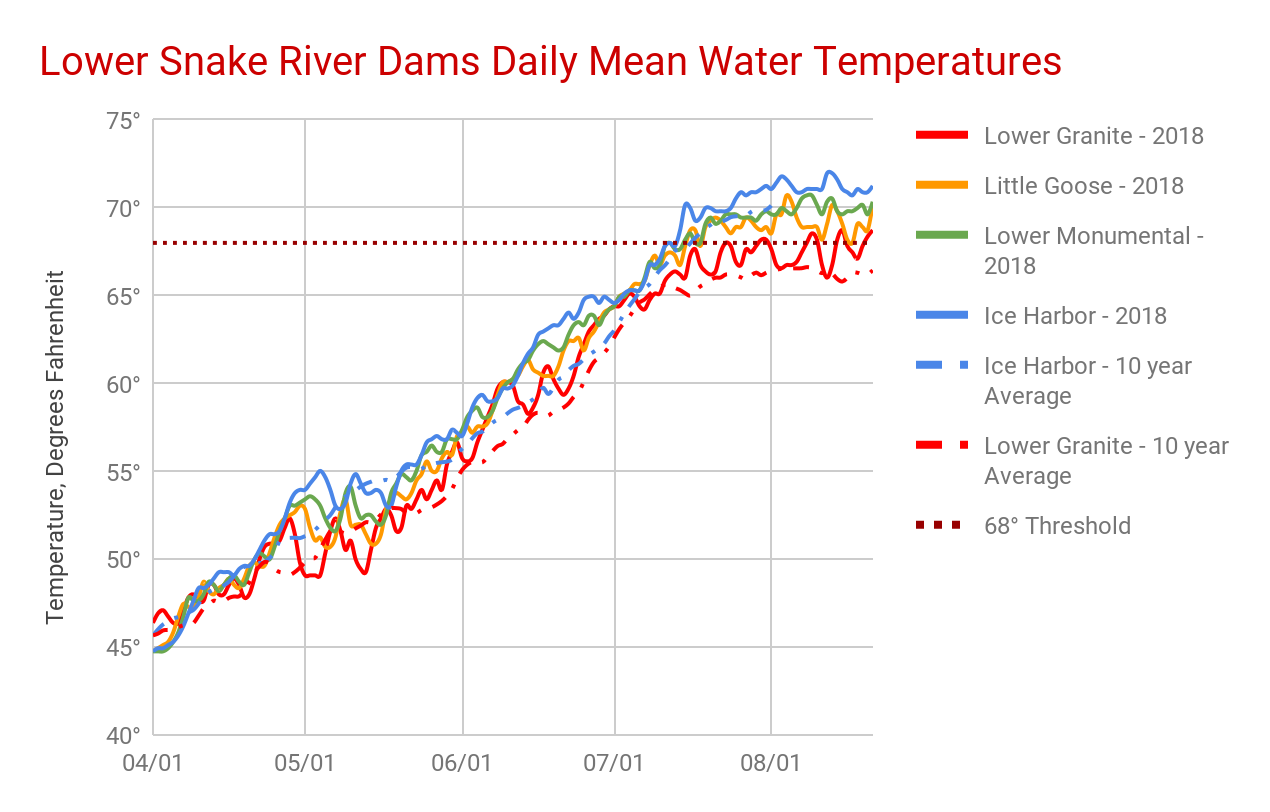 Temperatures at the lower two of the four Lower Snake River dams have remained stable, with daily highs remaining above the 68 degree survival threshold. While air temperatures have dipped slightly in the past week, we are still seeing highs in the 90s throughout the northwest. Along with summer heat comes demand for power to run AC units. In response to this demand, Idaho Power runs more water through the turbines at Hells Canyon dam, warming the waters above Lower Granite Dam almost daily during these hot months. This is clearly evidenced by the steep spikes in the red line on the graph above. As discussed in previous reports, cool water from above the Dworshak dam--which was released to ease pressure on sockeye--is being reserved for the upcoming steelhead run. Note that the temperature variability at the upstream dams is not reflected downstream, due to the equalizing effect of slackwater reservoirs. 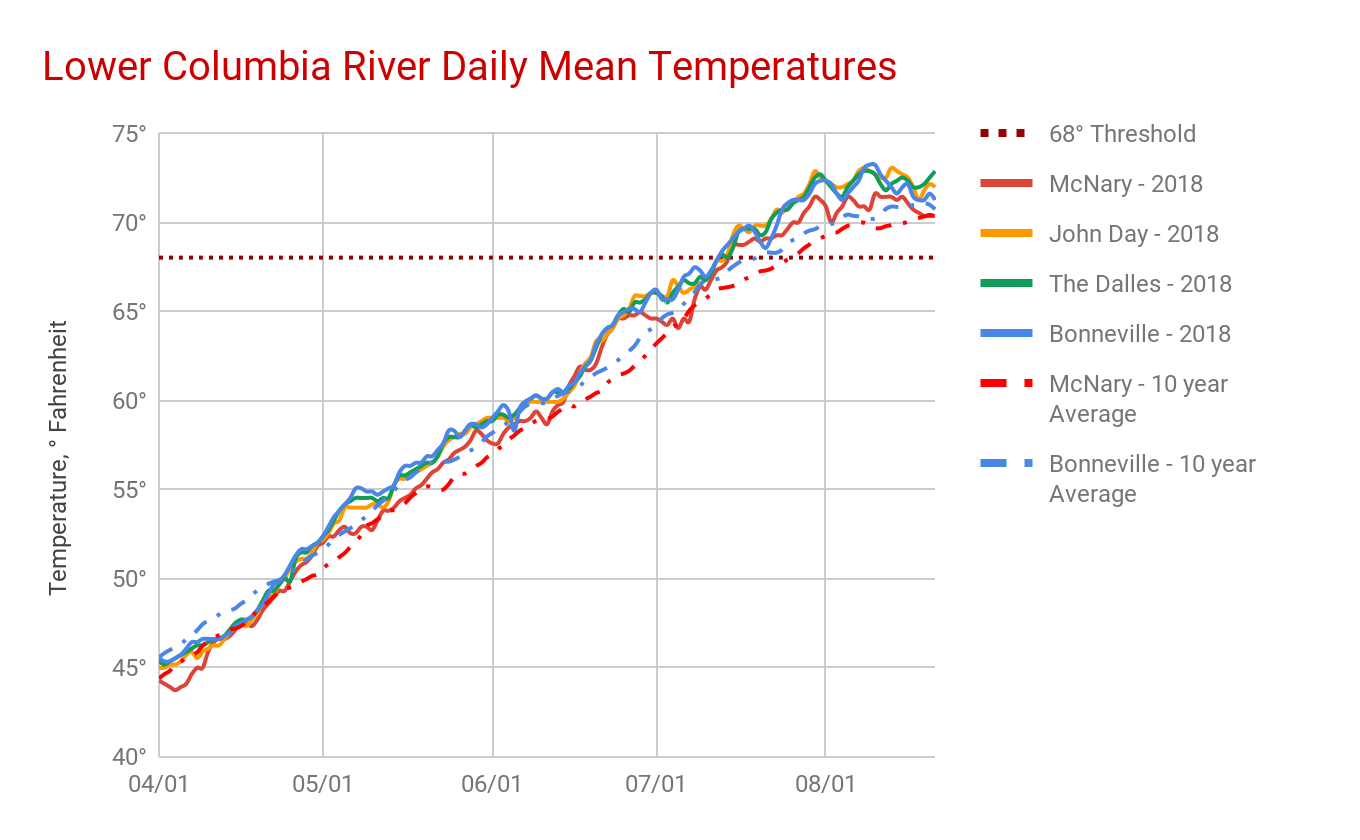 While temperatures at the lower four Snake River dams have plateaued, temperatures at three of the four lower Columbia dams are, on average, lower than they were last week. The Dalles Dam just upstream from Bonneville (represented above in green) was the only dam of the four to register an overall increase in temperature. The fishing closure around the mouth of the Deschutes River remains in place to protect the lone refuge of cold water in the reservoir formed by the Dalles Dam. New fishing restrictions meant to protect the early return of wild steelhead are now in effect for the entire length of the Lower Columbia from the river’s mouth near Astoria to the Tri-Cities. 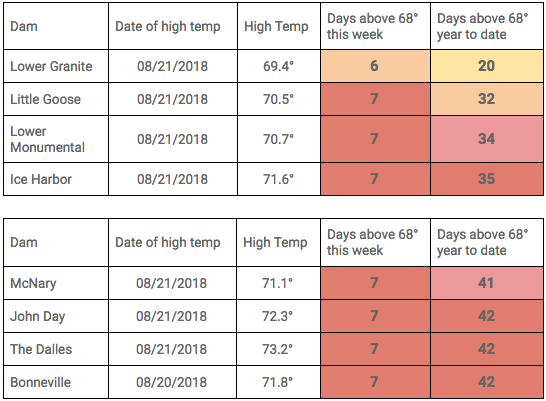 Temperature data included in these reports come from the USGS Current Conditions for Washington State and the Fish Passage Center. Graphs and tables were assembled by SOS Staff on 23 August 2018 with the latest data.

The final sockeye of this year are navigating their way up the Salmon River and into the Stanley Basin, site of Redfish Lake, Sawtooth Hatchery, and the terminus of their 950 mile, 6500’ journey from the sea. According to counts from Idaho Fish and Game, 62 Snake River sockeye have returned to the Stanley Basin as of 22 August. Of these, 10 of were wild origin, and the remaining 52 were hatchery reared fish. All but one of these 62 returned to Redfish Lake, with the one outlier headed back to either Pettit or Alturas Lake.

IFiber One: Entire State Drying Out Under Drought Like Conditions