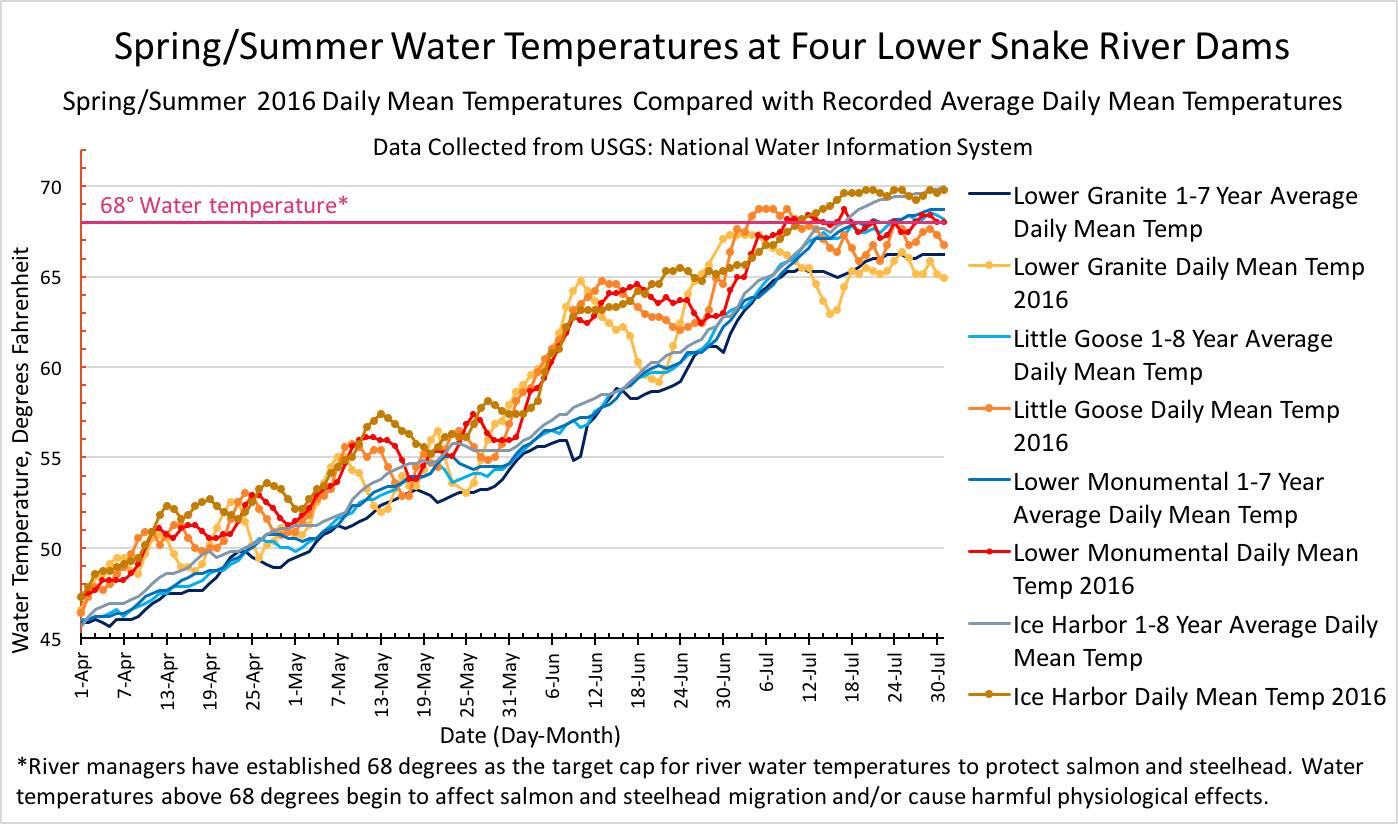 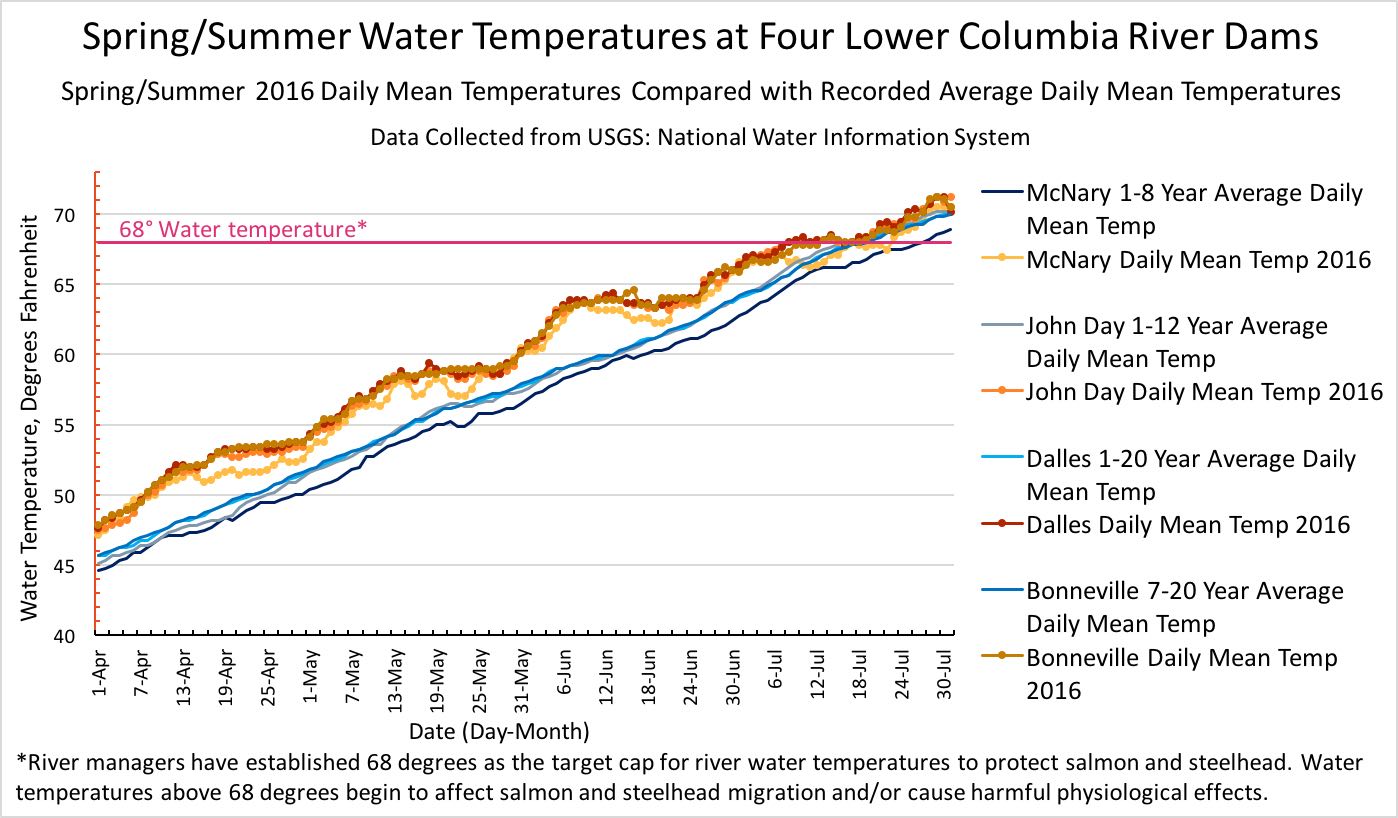 Notably, temperatures in the Lower Columbia River continue to rise in all four reservoirs with readings ranging between 70 and 72 degrees Farhenheit.

Overall in the lower Snake River reservoirs, 68 degrees has been reached or exceeded 14 times this past week and 56 times so far this summer.

In the lower Columbia River reservoirs, 68 degrees has been exceeded every day in all four reservoirs for a total of 28 times this past week and 87 times so far this summer.

THIS WEEK ON THE RIVER: LESSONS FROM THE 2015 COLUMBIA-SNAKE HOT WATER SALMON KILL - From the desk of Pat Ford. August 1, 2016

In late spring and summer of 2015, an estimated 250,000 adult salmon died in the main-stem Columbia and Snake Rivers while trying to reach their home waters to spawn their next generation.  The main cause was 70 days of sustained hot water in both rivers. Water temperatures at Bonneville Dam on the Columbia, and Ice Harbor Dam on the lower Snake, hit 68 degrees F on June 24, rose quickly to 72-73 degrees for two weeks in early July, and did not fall below 68 degrees again at either dam until early September.  (68F, or 20C, is the reference temperature – an aim, not a requirement – established by NOAA Fisheries to protect Columbia-Snake salmon and steelhead from the adverse effects of hot water.)  Two other factors also contributed to the kill: a low 2014-15 snowpack that led to low 2015 runoff, and the dam-and-reservoir system whose baseline stresses to migrating salmon in both rivers exacerbated the hot water effects.

This major salmon kill has sparked wide concern among people who care about the salmon and health of the Columbia and Snake rivers.  Spring and summer temperatures in both rivers have been rising for several decades now, and Northwest climate and salmon scientists expect the trend to continue as human-caused climate change pushes global air temperatures upward.  In the wake of 2015, many Northwest people are asking with urgency, what can we do to help salmon successfully migrate climate change?  What’s in our toolbox now, and what new tools can we add?