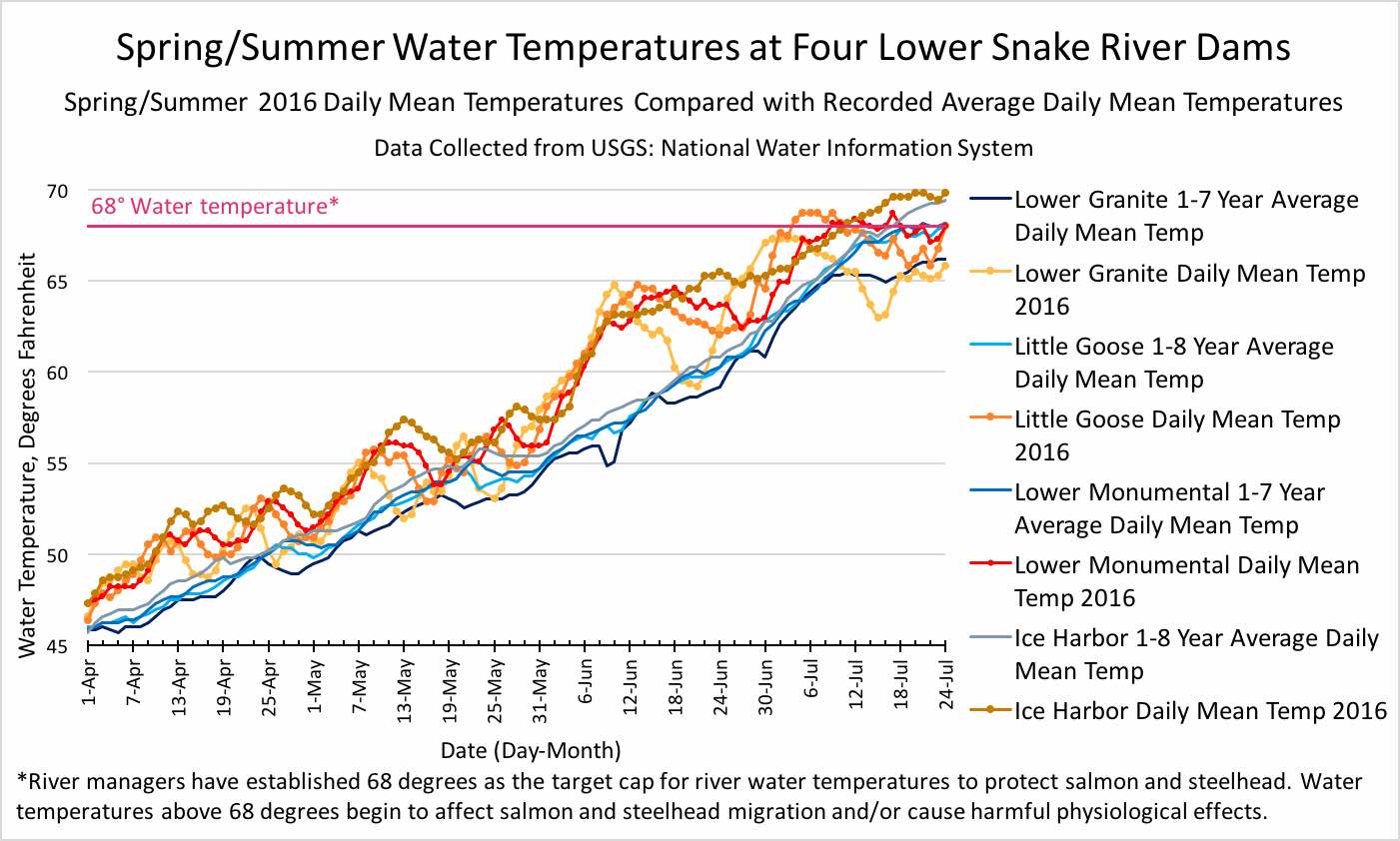 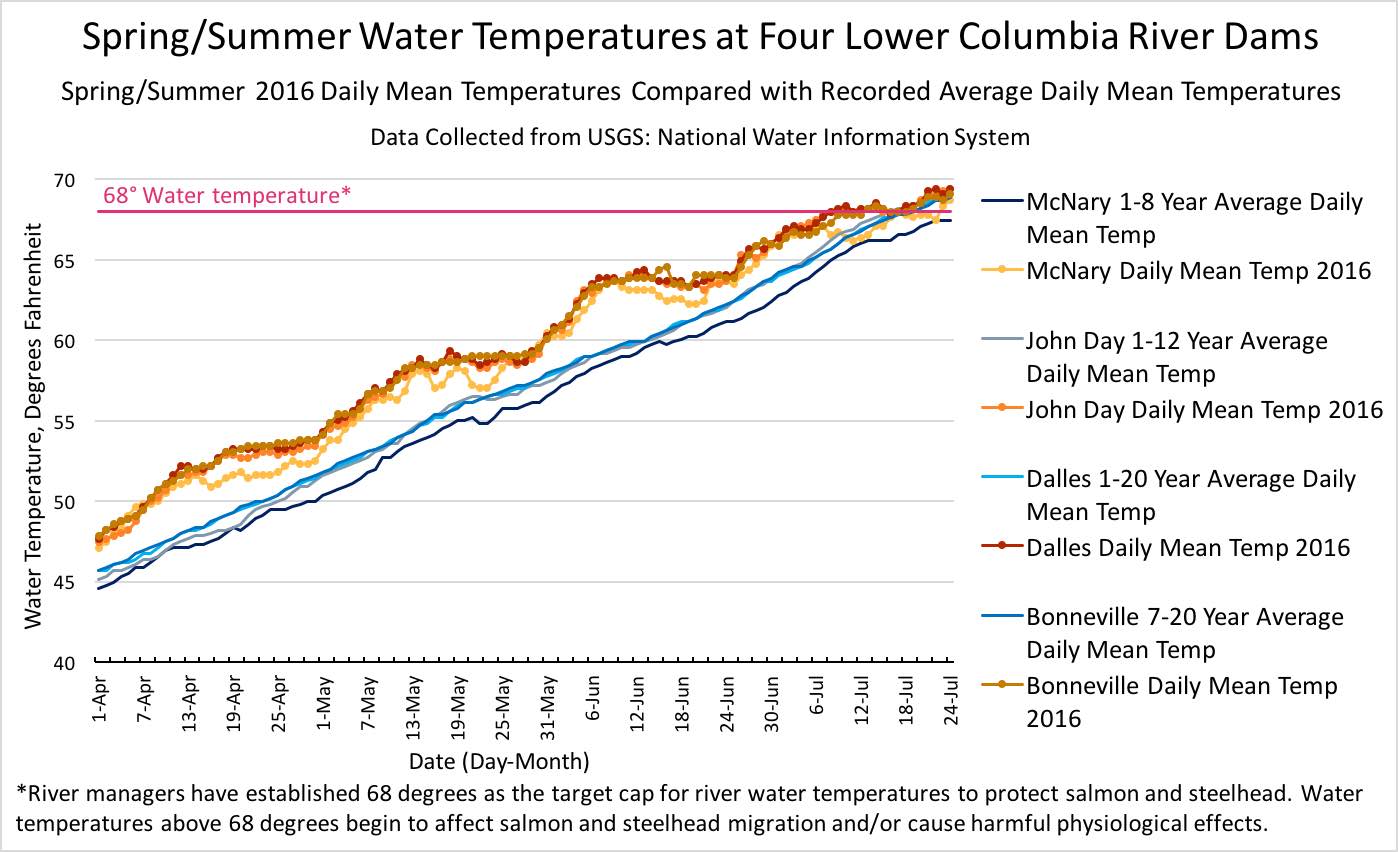 Notably, average temperatures at the four lower Columbia River dam reservoirs have continued their steady upward trend - and are now all above 68 degrees.

Overall in the lower Snake River reservoirs, 68 degrees has been reached or exceeded 14 times this past week and 42 times so far this summer.

In the lower Columbia River reservoirs, 68 degrees has been reached or exceeded 27 times this past week and 57 times so far this summer.

THIS WEEK ON THE RIVER: EPA PRESSES NOAA TO THINK BIG TO COMBAT HOT RIVERS & POACHED SALMON: Earlier this spring, EPA's Daniel Opalski sent a letter to NOAA's Michael Tehan urging the agency charged with protecting the Northwest's wild salmon and steelhead to consider additional recommendations and actions to better protect at-risk fish in the Columbia and Snake Rivers from hot water events in the June and July. The EPA is concerned that NOAA's recommendations are limited to "micro-scale temperature improvements at specific dams" and believes that additional measures be considered that "focus on reducing the overall river temperatures" in June and July to improve adult and juvenile salmon survival.

68 degrees F (20 degrees C) is the threshold at which water temperatures begin to harm salmon. Sockeye salmon are particularly at risk as temperatures above 68 degrees result in alarming rates of mortality. According to Mr. Opalski, the Director of EPA's Office of Water and Watersheds, keeping temperatures below 68 in the Lower Columbia and Snake Rivers “would be beneficial for adult summer Chinook and steelhead survival as well and would also be beneficial to juvenile salmon and steelhead out migrating during this period.”

The EPA also calls on NOAA to evaluate lower Snake River dam operations and asks for recommendations to maximize the impact of the cool water released from Dworshack through all four of the lower Snake River dams. As shown on the graph above, the cold water releases from Dworshack can have a significant effect on water temperatures at the Lower Granite Dam reservoir, but those effects taper the further downriver you go. The release of Dworshak's water appears to have little to no effect on temperatures at Ice Harbor dam.

You can read the EPA's letter to NOAA here.