INTRODUCTION: With weekly updates, The Hot Water Report 2016 will track water temperatures, salmon survival and climate related impacts in the Columbia-Snake River Basin this summer.  The report will be updated weekly - published here every Tuesday - from early July through the end of September. Each week we will share the most recent temperature data from the Columbia-Snake Rivers, news stories on climate change and current conditions for rivers and fisheries, and share information on actions state and federal agencies and our communities can take to ensure safer, healthier rivers for salmon and steelhead. We will include first-person accounts from anglers, guides, scientists and citizens on the Columbia-Snake rivers this summer.

This is a joint project of the Save Our wild Salmon Coalition, Association of Northwest Steelheaders, Columbia Riveerkeeper, Idaho Rivers United and Sierra Club. 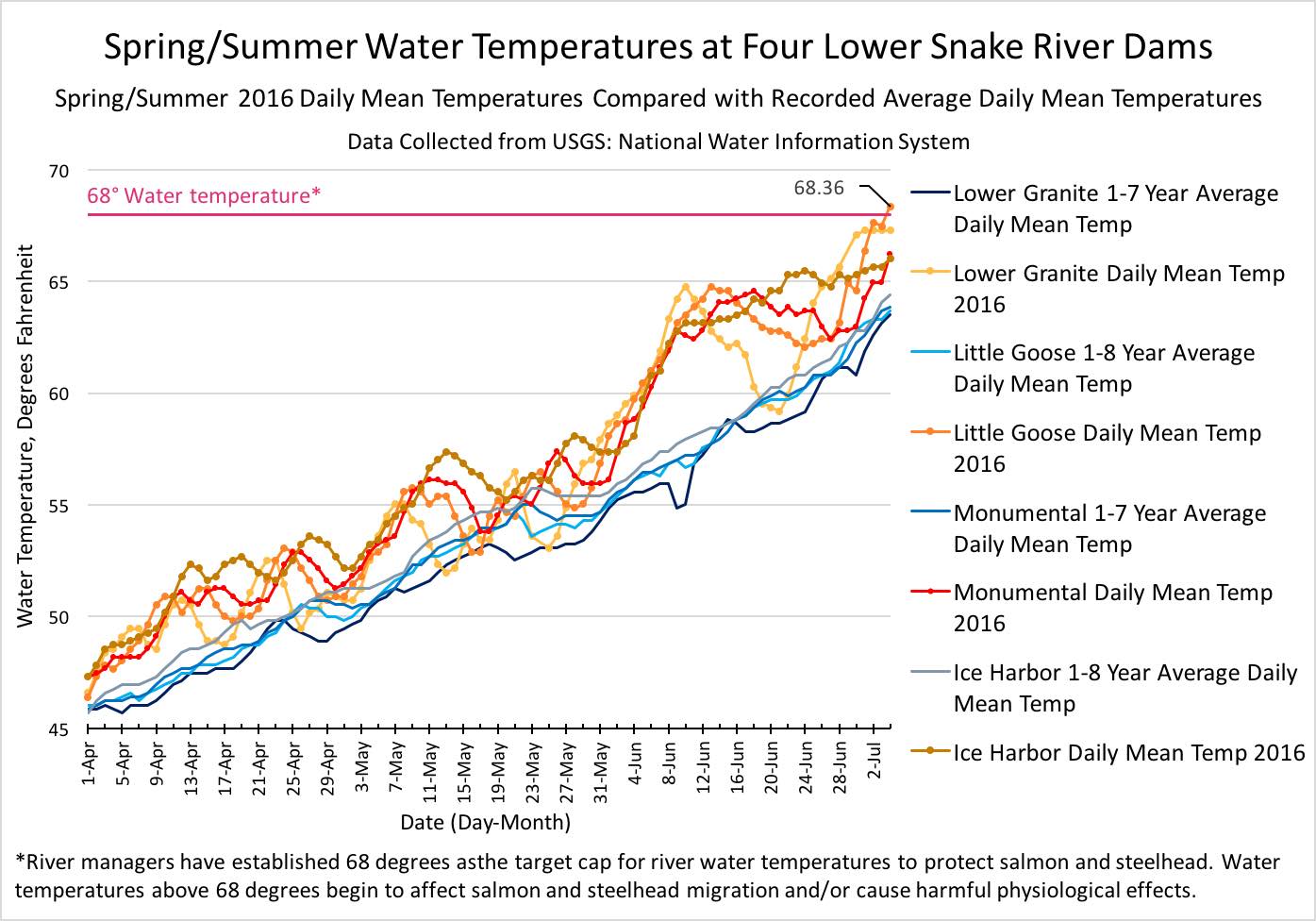 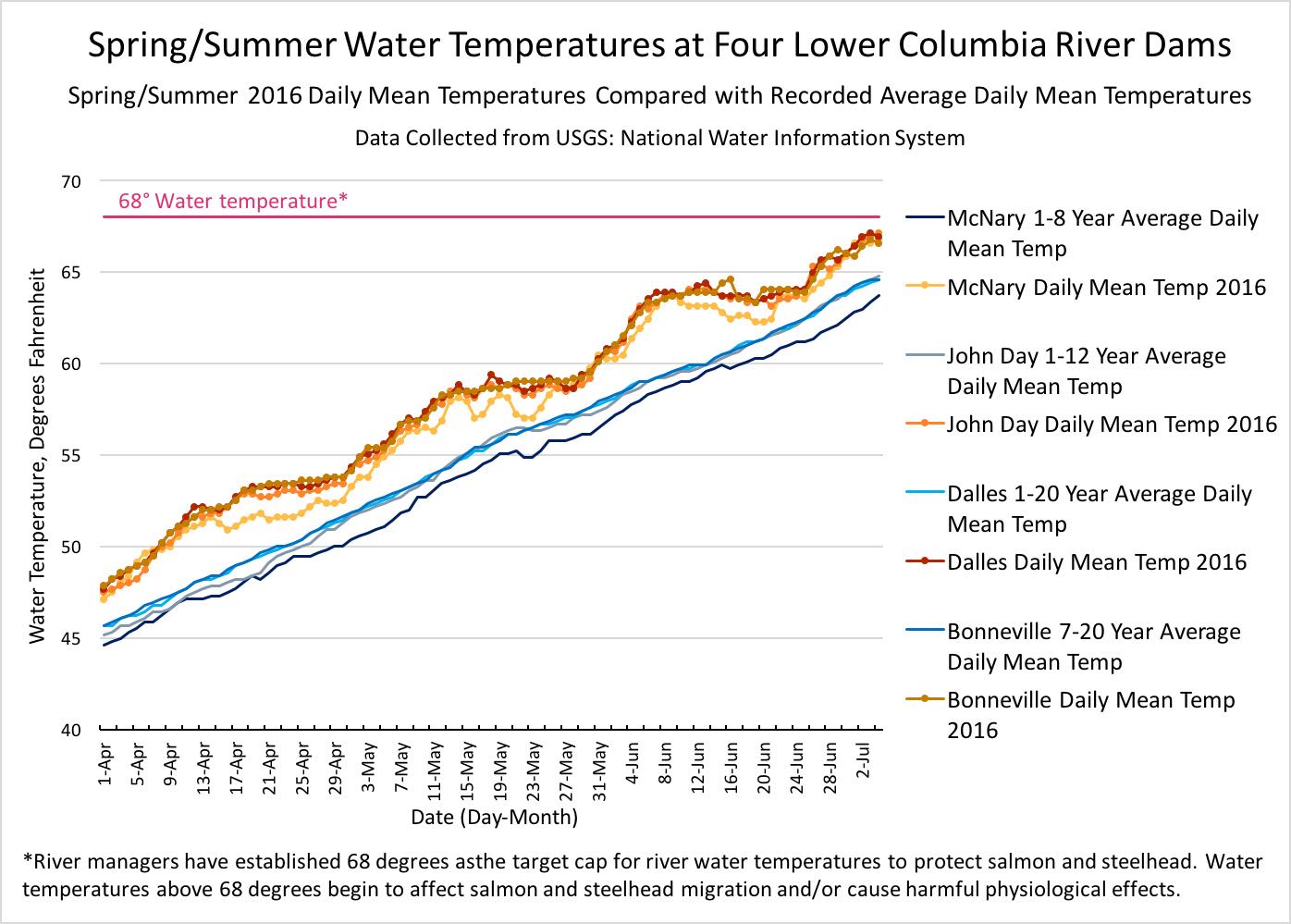 Temperature data included in these reports come from the USGS Current Conditions for Washington State.

THIS WEEK ON THE RIVER: On July 4, the New York Times published an editorial - The Salmon's Swim for Survival - lauding two landmark court victories concerning wild salmon and healthy rivers in the Northwest. First, the newspaper celebrated Northwest Tribes winning a case requiring Washington State to fix fish barriers in order to honor the Tribes' treaty rights. Second, the editorial heralded federal Judge Michael Simon opinion throwing out the agencies’ illegal Columbia-Snake Biological Opinion (Salmon Plan) and requiring a new Environmental Impact Statement (EIS).  Judge Simon agreed with fishing and conservation groups (joined by the Nez Perce Tribe and State of Oregon) that, among other things, the agencies did not address climate change impacts in their failed plan.  He strongly urged the agencies to consider dam removal as the most ecologically and economically sound alternative for protecting and restoring salmon in danger of extinction.

We agree that dam removal is key to providing safe access for wild salmon and steelhead in the lower Snake as water temperatures continue to rise this century.