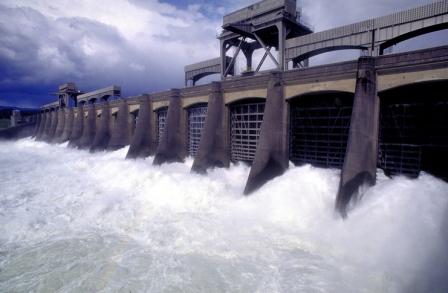 Columbia Basin fish and water managers are planning for operations at Dworshak Dam on the Lower Snake River to regulate water temperatures for the benefit of migrating sockeye salmon this summer. It was the dominant topic at Wednesday’s meeting of the Technical Management Team, an interagency panel that guides hydro operations throughout the basin. And, it has been a topic on the minds of all Columbia River federal and state fisheries managers, as well as basin hydroelectric managers this year as they met in a forum in May. The forum was organized by the Northwest Power and Conservation Council to share data and set up what the Council is calling an “early warning system.” The focus is on how warm water can harm sockeye spawners and the best way to keep temperatures below a 67 degree Fahrenheit threshold in waters between Dworshak and Lower Granite dams to aid that passage. TMT and other managers want to stay ahead of the game by keeping Snake River temperatures as low as possible, rather than trying to re-cool water after it gets warm.