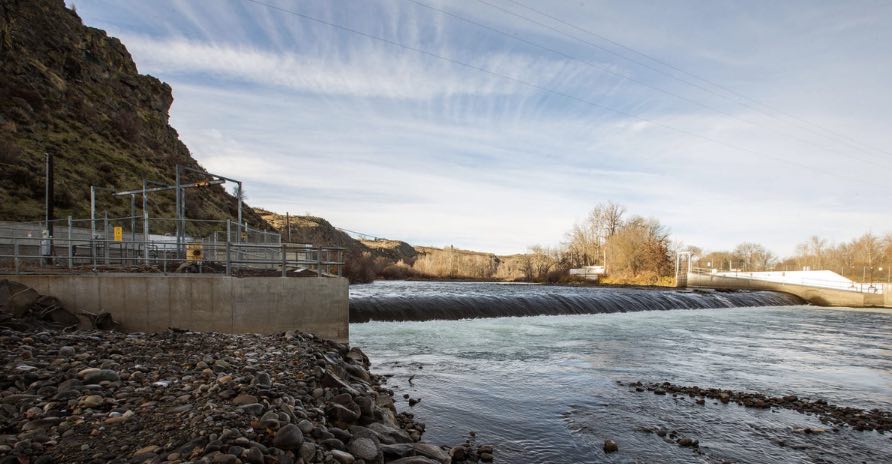 For the better part of a century the Nelson Dam on the Naches River has hampered salmon trying to migrate upstream, while preventing countless tons of sediment from being carried downstream where it’s needed.

Yakima County is moving closer to getting both fish and sediment to the right places under a plan that creates more wildlife habitat and reduces the danger of floods.

On Tuesday, a national environmental group announced it is donating money to three dam removal projects in Oregon, California and here for the Nelson Dam.

The $75,000 donation will account for only a small portion of the estimated $12 million price tag for the dam removal project that been planned for years by Yakima city and county officials and the Yakama Nation.

But the donations quickly caught the eye of the National Geographic Society’s web page, which noted plans for the Nelson Dam are part of a growing movement to remove aging dams, while benefiting people and wildlife.

Located near U.S. Highway 12’s twin bridges west of Yakima, the dam was first built in the 1920s, and rebuilt in 1985 in order to divert irrigation water into the city of Yakima.

However, there are a number of problems with the dam. At a height of 8 feet, it creates a significant backwash and presents a formidable obstacle to fish trying to migrate upstream.

It’s not at a stage where it’s an immediate danger to the community, but come rushing waters from floods, the dam could pose a threat, he said.

By slowing the natural speed of the river, the dam also traps sediment upstream, creating conditions that have led to flooding.

Removing the dam will help with the flood risk, said David Brown, city of Yakima water and irrigation manager. “We want that gravel to roll down the river. Highway 12 is under a flood plain. With the dam gone, it will no longer be in the flood plain.”

Removal will allow more than half of a million cubic yards of gravel be carried downstream to create more spawning habitat in an area that’s been deprived of natural sediment for decades.

Meanwhile, removing the dam won’t curtail that diversion of irrigation water, but merely change the way it’s taken from the river.

The plan is to build a wide, roughened channel that fits into the natural design of the environment and acts like a ramp, Brown said.

The removal of the dam is scheduled to start by fall 2017 if all permits are in place.

The fund also provided money for the removal of the Matilija Dam in California’s Ventura County and the Savage Rapids Dam on Oregon’s Rogue River.

“There are more and more communities grappling with these legacy dams. They break, people’s houses get flooded, or people die. Fixing those old dams can be very expensive,” said Michael Scott, acting program manager with the Hewlett Foundation, which operates the Open Rivers Fund.

“It makes sense for the county,” Brown said. “It’s probably cheaper than putting in a bunch of concrete.”