The Tyee: Megadams Not Clean or Green, Says Expert 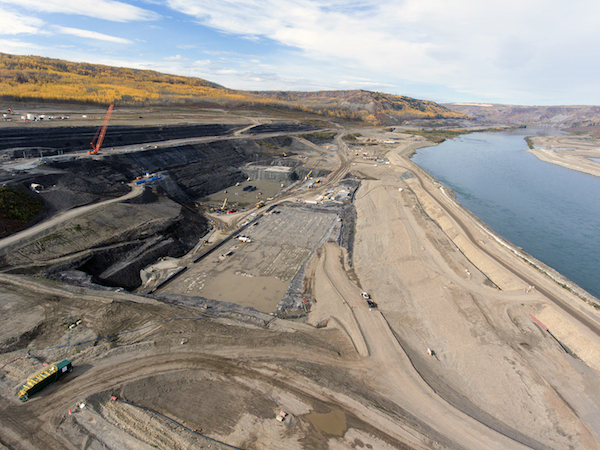 But that’s not the story told by science, Schindler told The Tyee in a wide-ranging interview.

Schindler, a professor emeritus at the University of Alberta and an internationally honoured expert on lakes and rivers, pointed to the increased mercury levels as a health and environmental risk. “All reservoirs that have been studied have had mercury in fish increase several-fold after a river is dammed,” he said.

“How can any of those impacts be regarded as green or clean?”

The Site C dam is no exception. A report by the University of British Columbia’s Program on Water Governance found the Site C project, which faced a federal-provincial Joint Review Panel in 2014, “has more significant negative environmental effects than any other project ever reviewed under the Canadian Environmental Assessment Act (including oilsands projects).”

“The scale of impacts results from the rare and ecologically important biodiversity of the Peace Valley,” the UBC report noted.

Schindler said other countries, like Brazil, have put the brakes on hydro development over concerns about Indigenous rights, economics and environmental damage.

One federal plan, the Mid-Century Long-Term Low-Greenhouse Gas Development Strategy, includes scenarios that would see the equivalent of another 118 Site C dams built across Canada by 2050, many on Indigenous land in northern Canada.

But to call dams “non-greenhouse gas emitting” sources of power, as the Canadian government now does, is completely dishonest, said Schindler.

Dams create greenhouse gas emissions by flooding soils and vegetation, which then decompose and release methane and carbon dioxide over time.

The same microbial decomposition also helps to accelerate the production and bioaccumulation of mercury in fish and eaters of fish.

Schindler said each reservoir’s emissions are different depending on the depth, size, amount of land flooded and location.

In extreme cases, energy from dams can produce as much greenhouse gas as burning coal, he said. Some reservoirs can release methane and CO2 for more than a hundred years, he added.

On a global average reservoirs created by dams release three to five times more emissions than natural lakes or wetlands due to the high volume of wood, vegetation and peat decomposing in flood waters.

“When you add the emissions from building and producing materials for a dam, as well as the emissions from clearing forests and moving earth, the greenhouse gas production from hydro is expected to be about the same as from burning natural gas,” said Schindler.

According to one 2012 study, Canada’s 271 large dams have affected 130,000 kilometres of rivers and flooded tens of thousands of hectares of land.

Calculating greenhouse gas emissions from the nation’s hydro reservoirs is not an exact science, but estimates range from 1.5 megatonnes to 17 megatonnes a year.

Schindler said he began concluding dams are not clean 40 years ago.

“My realization that dams weren’t clean came when federal researchers started research on South Indian Lake in the 1970s,” he recalled.

The lake, Manitoba’s fourth largest, was located north of Lake Winnipeg and supported a small Cree community that depended on a thriving white fish fishery, North America’s second largest, for its livelihood. That self-sustaining resource provided families with incomes of $100,000 a year.

But in the 1960s the Manitoba government proposed a massive $2-billion project to divert water from the Churchill River into the Nelson River to provide cheap power for city dwellers and U.S. customers.

At the time Robert Newbury, a professor of civil engineering at the University of Manitoba, raised serious concerns about whether the project was needed and its impact.

“Nowhere is the cost of the loss of the Churchill River calculated. Its existence, aesthetics, native community options, ecology and unique role of creating a livable environment in an otherwise harsh land are considered to be worthless in the energy budge,” wrote Newbury at the time.

Despite stiff opposition from First Nations and many southern Manitobans, the new government of the day pushed the project forward.

“Can we... face up to the prospect of disrupting two communities of 700 people, completely upsetting the lake on which they depend for their livelihood making it quite impossible for at least some of them to continue to live independently?” asked then-NDP premier Ed Schreyer before the decision — before doing just that.

The diversion, which promised a “brighter future” for southerners, flooded the community with three metres of water and destroyed 800 square kilometres of Cree land.

“Mercury levels went up and destroyed the fishery,” recalls Schindler.

In exchange for lost land and livelihoods, the NDP government relocated Cree residents and offered them “direct colour TV broadcasts of improved quality.” (The damage continues to this day. “Our government talks about reconciliation and a bright future for all,” wrote a Manitoba Indigenous fisher in 2016. “We don’t see it.”)

In the 1990s more research confirmed the dirty impact of dams on waterways that sustained Canada’s First Nations at the Experimental Lakes Area in northwestern Ontario, a research station that Schindler founded.

Scientists flooded boreal wetlands and then boreal forests covered by different amounts of soil and vegetation and discovered the inundation of all kinds of landscapes increased both greenhouse gas emissions and the volume of methymercury being released into the water.

The researchers also noted that “Boreal developments generally involve reservoirs with large surface-area-to-volume ratios that flood substantial quantities of organic bio-mass, which predisposes these reservoirs to high production rates of greenhouse gas and methylmerucy relative to the amount of power produced.”

Similar results were found at the La Grande complex in northern Quebec, which created 15,000 megawatts of hydroelectric capacity by flooding nearly 13,000 square kilometres of boreal forest and wetlands.

“Researchers found the same impacts there,” said Schindler. “The findings were parallel. More mercury and greenhouse gas were being released because of the dams in the James Bay area.”

Just 10 years after the flooding of the La Grande complex mercury levels in pike and walleye rose six times above their baseline levels.

By the 1980s, 60 per cent of the Cree living near the La Grande estuary reported mercury levels above the World Health Organization tolerance limit.

“I don’t know what our politicians are doing,” said Schindler. “Are they not reading science at all? How can they come out and call dams clean power. There is no excuse for this kind of ignorance.”

Nor have the issues gone away. Only sustained protests and hunger strikes over the Muskrat Falls dam forced the Newfoundland government to respond to scientists’ concerns about mercury contamination. Premier Dwight Ball committed to making all future decisions “using science-based research.”
image atom
No Magic Solution: Horgan on Approving Site C
read more

Megadams have other impacts that have not been fully studied, Schindler said.

Development fragments watersheds as industry builds roads and transmission lines. In turn the fragmentation destroys or disturbs wildlife habitat, and opens the surrounding area to hunters and fishermen who are not entitled to treaty benefits.

“Both can quickly deplete the resources necessary for Indigenous subsistence in the region of a dam,” says Schindler.

“Everywhere Canadian engineers have changed water levels with dams, communities have been shattered,” he said.

Politicians, said Schindler, need to recognize that all energy sources emit carbon dioxide and all have an ecological cost.

Although dams may sometimes be low-carbon emitters, the destruction of fisheries and violation of First Nation treaties and communities can’t ever be whitewashed as green or clean, he maintained.

“As Site C, Muskrat Falls and developments in Manitoba and Quebec illustrate, these are not problems of colonial attitudes of a distant past: they are as acute now as they ever were.”