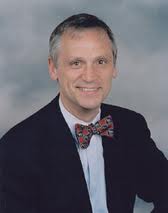 Few issues are more controversial or contentious than the issue of dam removal on the Snake River system. Some have argued because they don’t like certain possibilities that they don’t want to know about them. This whistling past the graveyard is both unrealistic and unwise. Things we don’t like sometimes are options, and we should know the facts.

That is why I am pleased to co-sponsor the Salmon Solutions and Planning Act with my colleagues Jim McDermott and Tom Petri. This is an important piece of legislation that will provide policymakers in the Pacific Northwest and around the country with additional information necessary to aide in the recovery of Columbia Basin salmon.

The legislation requires the Army Corps of Engineers, Department of Transportation, Department of Commerce, and Department of Energy to study the environmental, infrastructure, and economic issues associated with removing the four Lower Snake River dams. The bill also includes language authorizing the Secretary of the Army to remove the dams. This language is intended to clarify that lower Snake River dam removal is within the Corps’ authority. It is important to note this bill contains no “trigger language” that would mandate dam removal.

Salmon are a significant ecological, economic and cultural resource for the Northwest and indeed the entire country. These fish once supported the world’s most productive salmon watershed. Unfortunately, wild salmon and steelhead in the Columbia and Snake Rivers have been in decline for decades, with thirteen stocks now listed under the Endangered Species Act. Not only has this decline had negative impacts on the watersheds of the Pacific Northwest, it wreaks havoc on salmon-dependent communities and local economies.

Since coming to Congress, I have supported funding for habitat restoration, reforming hatchery practices, and re-examining our harvest practices, all measures that can contribute to salmon recovery. However, with salmon populations continuing to decline, it’s clear that what we have been doing for the past 20 years has not been working. I have called for an approach that evaluates all science-based recovery options, including dam removal. This legislation represents an important piece of that analysis.

Some have equated knowing the facts with actually triggering the process to remove the dams. My support for this legislation is not support for dam removal. My position over the years on this has been consistently to support evaluating all options for salmon recovery. The studies authorized by the bill will help us determine the consequences of dam removal not only for Northwest salmon, and but also for transportation, energy, and irrigation in the region.

Like other Pacific Northwest residents, I have a deep interest in coming to a resolution on salmon recovery. The stress and uncertainty created by illegal biological opinions and the involvement of the judicial system not only harms fish, but also the farmers, fishermen, Tribes, ports, union members, and others whose livelihood depends on the Columbia River system.

This legislation is an important step in having the facts about our options for restoring self-sustaining, fishable populations of Northwest salmon.