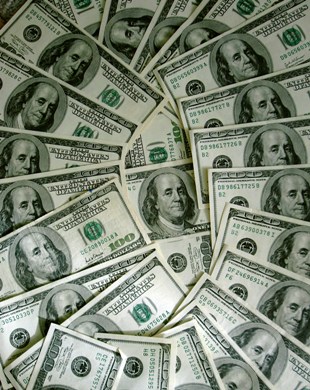 When I grew up in Lewiston in the 1970s, people believed that the then-new lower Snake River waterway would be the economic engine for our town’s future. The lower Snake dams, which made Lewiston a seaport 400 miles inland, would be our route to prosperity.

Today, I still live in Lewiston and own a business. I worry about our town’s continued struggle to jumpstart its stagnant economy. It is clear to me, and to growing numbers of my neighbors, that the lower Snake River waterway has not brought the economic prosperity dam boosters promised us decades ago. And so our town must think anew about our economic future.

Freight shipped by barge on the lower Snake River has declined almost 50 percent in the last decade, and not just since the recession that began in 2008. The lower Snake now carries just one-tenth of 1 percent of ton-miles on the Army Corps of Engineers’ national waterway system. At a time when Army Corps budgets are dropping, it’s not hard to see that limited taxpayer funds will go to the Mississippi and Columbia, not the Snake. If the Army Corps dredges the Snake navigation channel next winter, as it plans to, the taxpayer subsidy will be $11,000 to $18,000 for each barge leaving the Port of Lewiston.

The Port of Tacoma is now a favored destination for Inland Northwest grain; it can only be reached by road and rail. Growers who still ship to the Port of Portland are able to bypass the lower Snake via road and rail to the Columbia waterway at Tri-Cities. Private and public investments are building new rail infrastructure in the region. New technologies continue to improve efficiency in rail and highways as barge transportation grows more outdated.

The Army Corps just released a $16 million environmental impact statement so it can get the legal authority to dredge the waterway next winter. In 1,500 pages, there is NO cost-benefit analysis of the dredging. It’s not hard to see why; it’s an economic loser that’s impossible to paper over. The fact that the Corps will still need to raise the levees in Lewiston – highly unpopular with the locals – is buried deep in the document.

Whether the Army Corps gets to dredge next year or not, the writing is on the wall. The lower Snake waterway is a loser for taxpayers. It has brought little to the economy of the Clarkston-Lewiston Valley. So far the Army Corps is choosing to dodge or hide that fact, and manage by drift and deterioration.

Whether we like it or not, Lewiston/Clarkston needs to engage with the larger region in an honest assessment of whether maintaining the lower Snake River dams is the best use of declining taxpayer dollars. Fishing businesses, the Nez Perce Tribe and conservation groups continue to push for their removal to benefit salmon and fishing jobs.

There are calls from some elected leaders in region, most notably Gov. John Kitzhaber of Oregon, for a stakeholder process to resolve the long-standing conflict over how to restore Columbia-Snake River salmon and the impact of the lower Snake dams. NOAA Fisheries recently launched a “stakeholder assessment,” a first step.

It is in the best interests of Clarkston and Lewiston to get on board with this effort and call for a new economic analysis of the dams. I hope to see Gov. Jay Inslee and other leaders in Washington, as well as in Idaho, support such a process. We are likely to discover the growing number of dollars spent on four aging dams can be better spent on behalf of both my town and the salmon our region cares so much about.
Dustin Aherin is a fifth-generation Lewiston-area resident and owner of a rafting company.