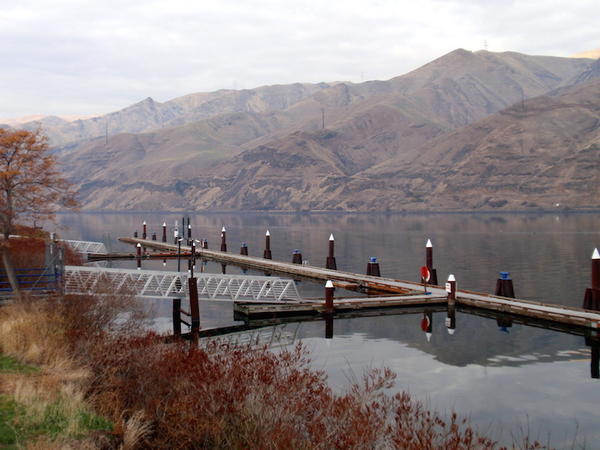 The U.S. Army Corps of Engineers is making a high-stakes bet that it will prevail in a pending lawsuit over Snake River dredging.

On Friday, the Corps of Engineers ordered its Tacoma-based dredging contractor to get in position to begin maintenance dredging around the river ports of Clarkston and Lewiston on or around January 12. Meanwhile, a federal district court judge in Seattle will hear oral arguments on January 2 on the environmental challenge.

In a new court filing, Lieutenant Colonel Timothy Vail, the Army Corps' district commander, estimated an injunction would leave taxpayers on the hook for "upwards of $2,000,000" to pay the contractor to mobilize and then demobilize.

The Army Corps decided not to wait for the lawsuit to be resolved because there is a narrow window to work in the Snake River between salmon migrations. The in-water work window lasts from December 15 to March 1.

"The Corps is basically rolling the dice and assuming they'll come up in their favor," said Earthjustice attorney Steve Mashuda from Seattle. "If it were up to me, I would wait to hear from the court before putting so much money at risk.”

The new court filings by the Army Corps said siltation has reduced by up to half the depth of the navigation channel and some Clarkston port berths. Vail wrote that at certain times of year, there is as little as seven feet of water depth for barges and river cruise ships. Decades ago, Congress mandated a minimum 14-foot navigation channel in the lower Snake River.

"Shoaling in the channel and port berthing areas has become critical in some locations," wrote Vail in a declaration to the district court. Vail noted some barges are scraping on a shoal that intrudes into the lock approach at Ice Harbor Dam. In the vicinity of the confluence of the Snake and Clearwater Rivers, he declared shoals are "interfering" with barge traffic and making it difficult to safely maneuver.
The channel was last dredged in the winter of 2005-06.

Port of Lewiston manager David Doeringsfeld said the whole situation concerns and dismays him. "I think it is a little bit like -- an analogy -- to having a slide along Interstate 90 somewhere," Doeringsfeld said. "Then are we going to have a lawsuit about whether we clear the slide area?"
Environmentalists contend the expense to taxpayers of maintaining the Snake River channel is not justified by the amount of shipping traffic that uses it.

The legal challenge Mashuda co-authored with the Nez Perce Tribe argues that the federal government failed to give meaningful consideration to "alternatives to dredging, or the impacts that dredging will have on culturally significant aquatic species and their habitat." The lawsuit specifically raises concerns about Pacific lamprey, steelhead and threatened Snake River fall Chinook.

Many of the plaintiffs have been upfront in public comments about their belief that the best way to deal with sediment buildup around Lewiston and Clarkston would be to breach the four downstream dams on the Snake River.

To listen to the radio story, visit: