McClatchy News: Klamath River dams could be on chopping block 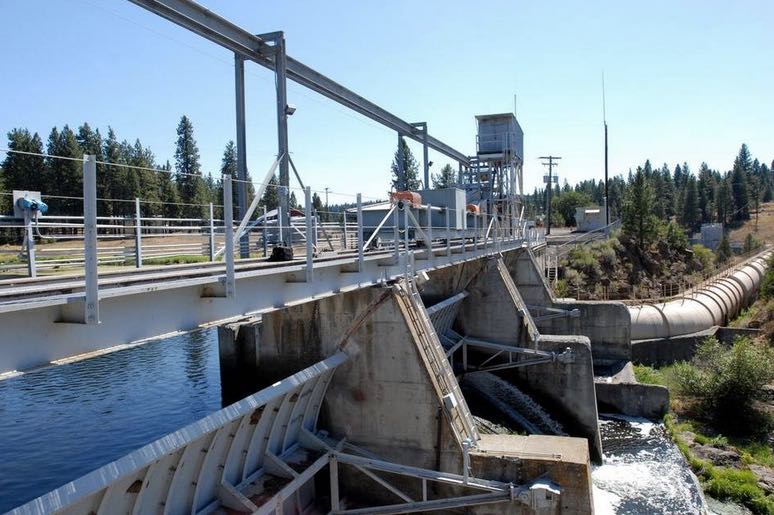 Washington D.C. Three Northern California dams and one in Oregon would eventually fall, under a proposal floated Friday to a federal agency.

“This is great news and there’s no time to waste,” said Joshua Saxon, a councilman for the Karuk Tribe. “We are suffering from one of the worst salmon runs in history this year.”

To ultimately accomplish what advocates call “the largest dam removal in U.S. history,” the so-called “surrender” application filed Friday would allow transfer of the four dams from the current corporate owner, PacificCorp, to a newly formed non-profit called the Klamath River Renewal Corp.

Dam removal is a huge leap forward, but we still need to resolve water disputes between river communities and farm communities. Joshua Saxon, Karuk Tribe councilman
If federal regulators approve, the non-profit would then proceed with decommissioning and removing the dams from a 373-mile reach of the Klamath River, starting in 2020.

“The deplorable water quality, back-to-back disease outbreaks and bottomed-out fish runs have taken a tremendous toll on our people,” Thomas P. O’Rourke Sr., chairman of the Yurok Tribe, said in a statement.

The fishing-dependent Klamath Basin tribes anticipate removal of the dams will boost salmon and steelhead spawning habitat, improve water quality and ease anadromous fish access to upper reaches of the river. The dams’ owner would otherwise have to build fish ladders and other improvements for relicensing.

Congressional skeptics, though, remain opposed to removing the four dams that were built between 1911 and 1962, and their ongoing objections could complicate the proposal that’s already generated plenty of heat.

“I’m committed to addressing the water supply challenges of the region, yet local residents have been forgotten by those who are focused on dam removal to the exclusion of all else,” Rep. Doug LaMalfa, R-Calif., said Friday, adding that “too many questions remain unanswered for this project to move forward.”

LaMalfa cited, as examples, the need for “explaining the level of federal involvement (and) developing a real plan to deal with the millions of cubic yards of sediment” that will result.
LaMalfa’s congressional district includes Siskiyou County, home to three of the four hydroelectric dams in question. In 2010, 78.8 percent of the rural county’s voters approved a ballot measure opposing dam removal.

The fourth dam is located in southern Oregon, in a district represented by Republican Rep. Greg Walden.

In the face of GOP resistance, Congress last year did not approve time-sensitive legislation authorizing a package known as the Klamath agreement. A central part of this agreement was a deal to remove the four Klamath River dams.

In its place, the Obama administration joined with the states of Oregon and California, as well as others, in announcing the alternative approach last April that’s supposed to do away with the need for congressional approval.

Once all hurdles are cleared, the non-profit Klamath River Renewal Corp. would pay for the dam removals with $200 million obtained from a surcharge on PacifiCorp’s utility customers in California and Oregon and $250 million from Proposition 1, a California water bond approved in November 2014.

Until the dams are down, the Portland-based PacifiCorp would continue to operate them, providing hydroelectric power to its customers.

“Removing the four dams on the Klamath River, an effort which is backed by so many of my constituents, is a vital step towards restoring the iconic river and rebuilding its salmon runs,” Rep. Jared Huffman, D-Calif., said in a statement.
Michael Doyle: 202-383-6153, @MichaelDoyle10