Many Dollars and Little Sense: Barging on the Lower Snake River 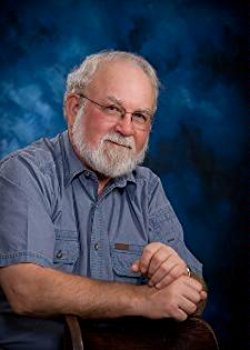 From the desk of Linwood Laughy
Kooskia, ID
January 2017

During the January 2013 U.S. Army Corps of Engineers’ open house in Lewiston (ID) on the draft Lower Granite Dam Programmatic Sediment Management Plan, long-time dam opponent Bill Chetwood posed a hypothetical question. “Suppose,” he asked a panel of Corps staff, “that one day not a single barge was traveling on the Lower Granite pool. Would you still dredge the navigation channel here?”  “Yes,” came a Corps staffer’s reply. “We are authorized to do so.”

In 1995, 1,225 barges transported a multitude of products on the Lower Snake waterway.  In 2015 that number was 358. That 71 per cent decline has been steady and well documented. The lower Snake River waterway today no longer transports lumber, logs, paper, pulp, or pulse (garbanzos, dry peas and lentils). Wheat is nearly the only commodity still barged, though wheat volumes have declined through the years as well. A principal reason for these shipping declines is the growing efficiency of rail transportation and an expanded rail network resulting from a series of public/private partnerships and investments.

Meanwhile the costs of operation and maintenance of the river navigation system continues to climb, exceeding $10 million annually. This amount does not include expenditures like major periodic dredging. Since 2005 the Corps has spent $33 million just on “sediment management” on the Lower Granite reservoir, an estimated 80% of which was required to maintain a shipping channel to the Port of Lewiston and enable a single private corporation to ship grain from its own property over its own docks. The Port of Lewiston no longer ships any freight over its only dock, extended in 2013 at a taxpayer cost of $2.8 million following a 12 year, 70% downward plunge in container volume.

Taxpayers will drop at least another $33 million for lock repairs on the Columbia and Snake navigation system over the 14-week river closure that began December 12th, 2016.  This follows a similar major shutdown with costly repairs just a few short years ago—in 2010-2011.

Below find a simple graph showing the decline in barges on the Lower Granite pool. Data on the entire Snake River Project would show similar results. 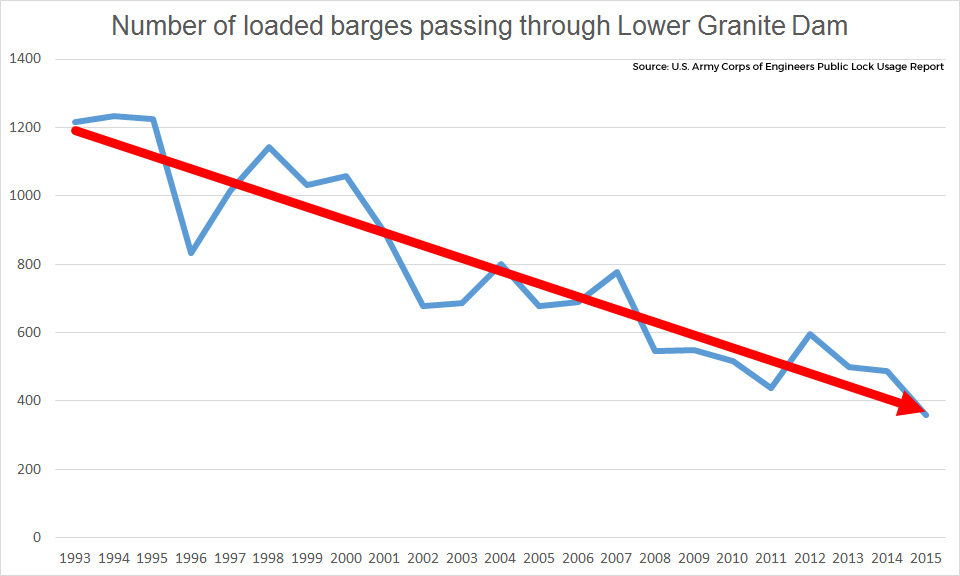 The Corps of Engineers categorizes waterways according to the number of ton-miles of freight shipped. A ton-mile represents the transport of one ton of freight over a distance of one mile. The lower Snake falls into the Corps’ category of a waterway of “negligible use.” If the volume of freight doubled, the lower Snake River would remain in this category.

Two reminders: the recent claims by the dams’ defenders that freight volume on the LSR project has increased over the last four years is false. This reported increase results from a large increase in petroleum products shipped to the Port of Pasco’s tank farm located two miles up the Snake from its confluence with the Columbia River in south-central Washington State. This location is 7 miles below Ice Harbor Dam—the most downstream dam on the lower Snake River. The volume of petroleum passing through Ice Harbor lock is typically zero. This traffic from the Columbia River upstream to the Port of Pasco tank farm could continue after the lower Snake River dams are removed. Claiming that this freight is part of the volume shipped through the locks and on the reservoirs of the four LSR dams is extraordinarily misleading to Northwest residents, elected officials and American taxpayers.

Secondly, whenever supporters of the lower Snake River dams speak of “the Columbia-Snake River System,” be prepared to be misinformed.  This is the same trick the agencies and special interest lobbying groups use with respect to hydropower.  The LSR dams produce less than 4% of the power in the Pacific Northwest power grid and only 6.5% of the Northwest’s hydropower. Wind energy alone now produces annually three times the energy produced by all four LSR dams. Likewise, the lower Snake River transports just 5% of the freight that travels on the Columbia-Snake River System.

Any claim or implication that the lower Snake River is a major contributor to northwest freight transportation or energy production is at best misleading. The very modest, costly services these dams provide can be replaced by salmon-friendly, taxpayer-friendly alternatives such as expanded rail and continued investments in wind and solar energy.