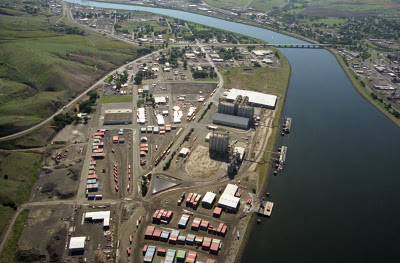 There is no way to ignore it. As in the rest of the United States, the Northwest’s system of dams and associated infrastructure is aging, and some is outdated. With fewer taxpayer dollars available, and with users of the system reluctant or unable to pay more, how do we decide what parts to invest in, to fix and maintain?

This month the National Research Council released a stark assessment of the state of U.S. Army Corps of Engineers’ nationwide dams and navigation infrastructure. Corps of Engineers Water Resources Infrastructure: Deterioration, Investment or Divestment? was prepared at the Corps’ request. It concludes that the Corps’ dam and navigation systems face a maintenance and repair backlog reaching tens of billions of dollars, with no realistic way to pay for all or even most of it. The report recommends setting priorities now – what should get repaired and modernized, and what shouldn’t – as well as finding more funds from states, communities and users to make up at least part of the federal shrinkage. As Corps projects age and degrade - risking communities, users, and even lives - Americans are forced into choices.

And the Northwest is forced into choices on the Columbia-Snake dam and navigation system. As the report notes, barge navigation is in many places declining as private/public investments in rail and highways occur. Farmer cooperatives in the Inland Northwest are increasingly putting their dollars in rail upgrades, as the lower Snake River waterway faces deterioration and changing markets.

Lower Snake towns face another choice. Sediment piling up behind Lower Granite Dam is raising the level of the lower Snake, so the levees at Lewiston, ID and Clarkston, WA are becoming inadequate to protect the towns from potential flooding. The Army Corps says it will release a plan to address this next year. Every option, however, will cost a lot of money. For instance, raising the levees will cost tens of millions of dollars. Most people in both towns oppose it, since it will further wall them off from the river, and put many of them further below its surface level. But, says this report, those same local people will also have to decide if they want to bear a large share of the cost of raising the levees.

Oregon Governor Kitzhaber and many others have called for collaborative stakeholder talks to find solutions that restore wild salmon to the Columbia and Snake. But that’s not the only purpose. Kitzhaber recognizes that the decisions facing riverside towns, shippers and others go beyond salmon, and will be on the table too.

This NRC report suggests the highest-value parts of the Army Corps’ system nationwide receive the now-limited dollars, and lowest-value parts be let go. Similarly, the Northwest will likely need to set priorities within the Columbia-Snake system itself, deciding which parts to keep and which to let go. Will our farmers, shippers and local economies be better served by targeting investments (for which they will have to pay more) to the Columbia part of the system, with Snake River area investment prioritized to rail and roads? Market forces are already moving this direction, and the report also notes that working with market forces is smarter than working against them.

This National Research Council report makes another strong argument for a regional dialogue and collaboration on the Columbia-Snake’s future. Such collaboration is a way communities and users of the Columbia and Snake Rivers can tackle together these hard choices about navigation and transportation investments.