No summer season is planned in drainage except for Lochsa River 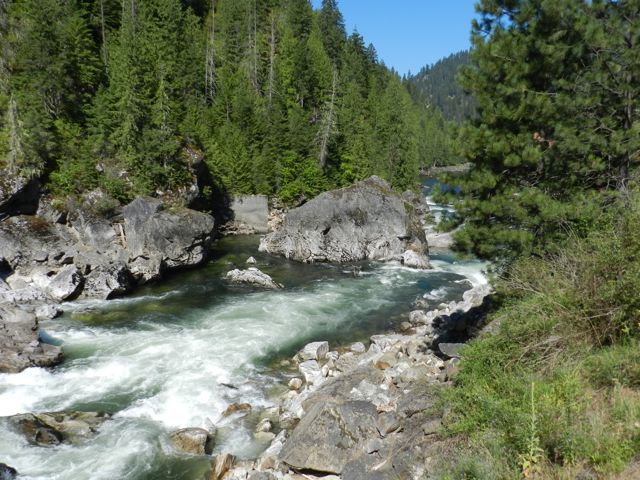 Idaho fisheries managers pulled the plug on spring fishing in the Clearwater Basin on Monday after giving the beleaguered season a brief second life.

The four-day-a-week season on sections of the Clearwater and its South and Middle forks that ran Thursdays through Sundays will not reopen this week, nor will it open there later this month for summer chinook. The Lochsa River is the lone exception in the basin. It is scheduled to open to summer chinook harvest June 22.

Idaho Department of Fish and Game biologist Brett Bowersox at Lewiston said the run returning to the Clearwater Basin continues to show lower-than-average survival between Bonneville and Lower Granite dams - so poor that the state's share of the harvestable surplus already has been exhausted. The closure also will help ensure hatcheries get an adequate number of spawners, known as broodstock, to produce the next generation of springers.

"We are still wanting to protect our ability to get brood, and the most recent information we have showed we needed to shut down even the jack fishery to protect that brood stock," said Bowersox.

Fishing resumed June 3 following a spike of adult chinook passing Bonneville Dam. However, fisheries managers shrunk the number of river miles open in the Clearwater basin and they restricted harvest to jack salmon only - those under 24 inches long.

"I suspect fish should start moving in the Salmon River quite a bit more than they had been," Bowersox said.