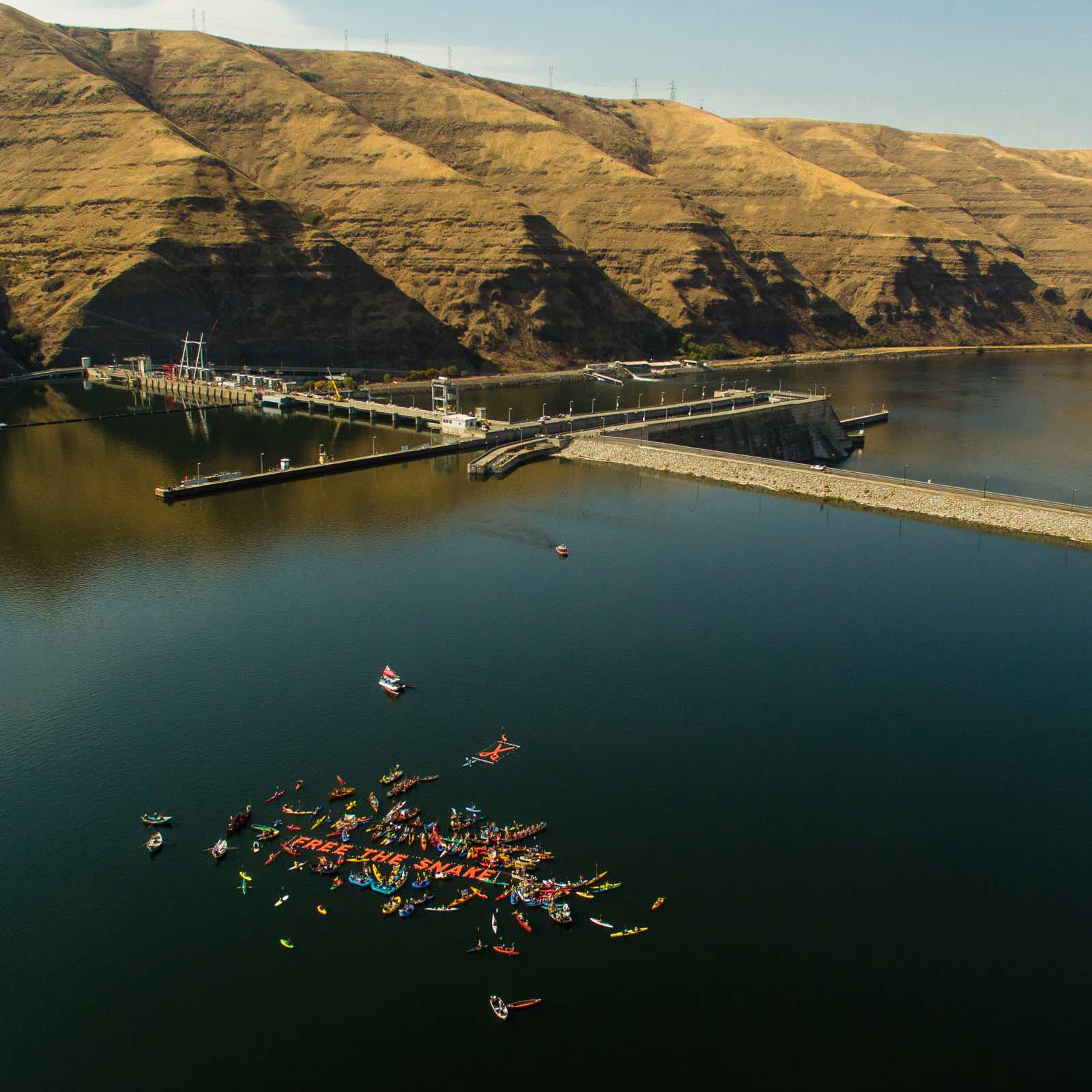 Salmon advocates will launch dozens to hundreds of small craft Saturday during their second annual Free the Snake Flotilla.

Organized by groups like Idaho Rivers United and the Save Our Wild Salmon Coalition, the event is designed to bring awareness to their campaign to breach the four lower Snake River dams.
"We are just trying to raise more public awareness as to the impacts of the lower Snake River dams and the extreme high cost to society and low value provided by those dams," said Kevin Lewis with Idaho Rivers United at Boise.

The group held a similar rally last year on the Snake River near Wawawai County Park, about 20 miles west of Clarkston, which drew an estimated 300 participants. Lewis expects more people to take part this year.

Participants will meet starting at 8 a.m. at Swallows Park near Clarkston and launch at 10 a.m. They will then paddle downstream to just past the Interstate Bridge for the rally before paddling back to Swallows Park at 2 p.m. After the flotilla, the group will gather at Chief Timothy Park west of Clarkston, where live music will be played and speakers will talk about salmon, steelhead and the dams.

Lewis said the group is aware that the confluence of the Snake and Clearwater rivers is often busy with boat anglers fishing for fall chinook and steelhead. He said the group has filed a water safety plan with the U.S. Army Corps of Engineers that calls for participants to stop just north of the bridge and not proceed farther into the confluence area, where most of the fishing activity is concentrated.
"We won't go down to the actual confluence itself," he said. "It's going to be upbeat and friendly and not confrontational. We just want to make a statement."

Lewis, a believer that the dams will someday be removed as a measure to aid wild salmon and steelhead - which are listed as threatened and endangered under the Endangered Species Act - said he wants to start a conversation about what needs to be done to help the Lewiston-Clarkston Valley thrive without slackwater.

"I'm convinced looking at economics of the lower Snake dams that their time is limited, their days are numbered," he said. "I'm shifting my thought process to how do we make sure Lewiston and Clarkston stay whole in the process."

More information on the flotilla is available at freethesnake.com <http://freethesnake.com/> .
---
Barker may be contacted at ebarker@lmtribune.com;  or at (208) 848-2273.