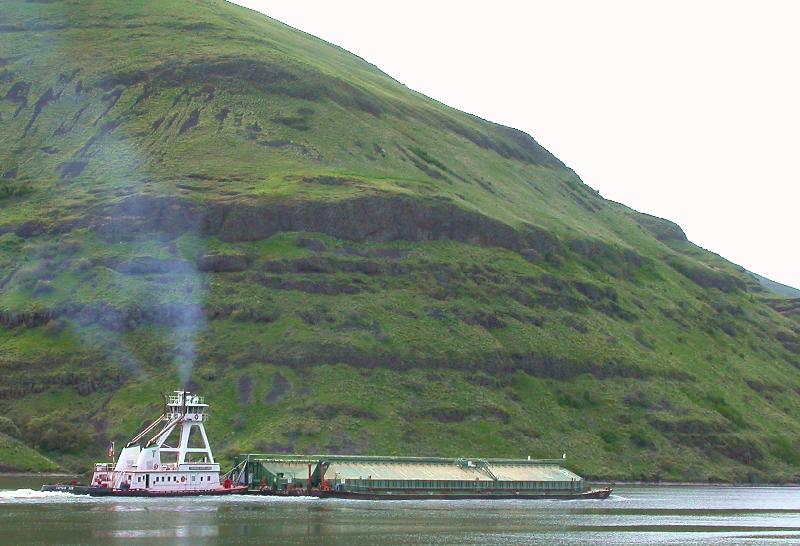 Jim Waddell thinks the film "DamNation" can be a catalyst for people like him - a veteran of the federal bureaucracy - to step up and speak out about dams and fish.

Waddell was the top civilian at the Walla Walla District of the U.S. Army Corps of Engineers in 2001 when the agency was wrapping up a five-year, $20 million study to determine if the four Lower Snake River dams should be modified but kept or breached to save threatened and endangered salmon runs.

In the film, which will be shown tonight at Moscow's Kenworthy Performing Arts Centre, Waddell reveals that he advised his higher-ups to seek congressional authorization to breach the dams.

"I recommended breaching based on me, at the time, not being comfortable with the economics," he said in an interview.

There were too many inconsistencies with the economic portion of the study that showed breaching the dams would cost about $246 million a year, while making them more fish friendly would produce a modest annual benefit. Waddell said he found problems with some of the numbers and some of the assumptions that were used to produce the economic analysis. But he wasn't able to pull the study back to fix the problems.

In recent months, he has revisited the study, made his own corrections and determined keeping the dams in place and breaching them should have penciled out as a wash. If the numbers are updated to account for recent conditions such as court-mandated spill at the dams that cuts power production, Waddell said breaching would cost about $94 million less per year than keeping them in place.

"At the time, I didn't have the benefit of what I've done over the last three months," he said. "Now I'm even more convinced."
What's more, Waddell, who is now retired and living in Port Angeles, Wash., thinks decision makers would have come to a different conclusion if they had better information. He hopes the film's focus on the way dams have not only altered fish runs and riverine ecosystems but also the lives, culture and livelihoods of tribal and non-tribal people can make that happen.

"It's a really wonderful kick in the a** for some of us to get off our butts and get out there and do something," he said.

That is high praise in the eyes of Ben Knight, who along with Travis Rummel spent three years making the film that was produced by Yvon Chouinard - founder of the outdoor gear and clothing company Patagonia - and biologist and photographer Matt Stoecker. The film spends a fair amount of time on the Snake River and its dams, but also explores recent dam removals on the White Salmon and Elwha rivers in Washington. In addition, Knight and Rummel visit massive structures like Glenn Canyon Dam on the Colorado River and Hetch Hetchy Dam on the Tuolumne River that flooded magnificent canyons on par with the scenic beauty found in Grand Canyon and Yosemite national parks. "DamNation" includes emotional interviews with people who still mourn the loss of those canyons.

"It's been incredible touring with the film," Knight said. "Almost every screening somebody comes up to me and can barely talk they are so emotional. I feel like the film is serving that purpose, which is simply just to help people think a little bit differently about the river in their backyards and people to think about dams in just a little different light."

Rebecca Miles said the film accomplishes that goal. Miles, executive director of the Nez Perce Tribe and a former chairwoman of the tribe's executive committee, is featured in the movie along with Elmer Crow, a tribal elder and salmon and lamprey advocate who died last July. Miles said Knight and Rummel brought a fresh set of eyes to the issue of dams and fish, and presented complex issues in an entertaining, emotional and easy-to-understand format.

"It really provides a platform for people to understand the issue," she said. "It really is the perfect time to rethink and get a discussion going about what is possible."

It's likely to be a heated discussion. As the film highlights, some people think the country, which has more than 70,000 large and small dams, went overboard in its zeal to harness rivers. But dams and the hydroelectric power, flood control and inland transportation they provide are cherished by many people who have trouble fathoming removing the structures. A recent survey by Northwest River Partners showed three out of four residents of the Pacific Northwest identified hydropower "as a clean, renewable energy resource." More than half of the survey respondents said hydropower is the region's "most practical energy source right now."

While "DamNation" takes a stand against dams, Knight said he doesn't think they should all be breached.

"I worry people think we are advocating to take out every dam, and we absolutely are not," he said. "We are trying to encourage people to think differently about them and try to realize some of these older ones, maybe it's time for them to go. Maybe the salmon run up the Snake River might be a little more important than the amount of power that these dams are generating."