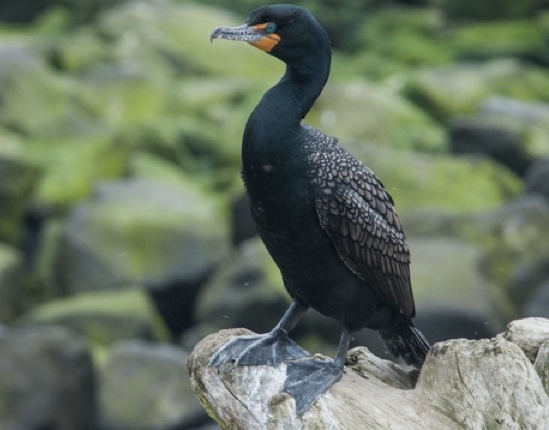 The U.S. Army Corps of Engineers will begin killing birds at some Snake and Columbia river dams this spring to help protect juvenile salmon and steelhead.

The agency unveiled a plan Thursday that will allow as many as 1,200 California gulls, 650 ring-billed gulls and 150 double-crested cormorants to be killed at McNary Dam on the Columbia River and Ice Harbor, Lower Monumental, Little Goose and Lower Granite dams on the Snake River.

Dams have been identified as one of the main threats to threatened salmon and steelhead. The biggest effect is on juvenile fish that must pass the concrete and earthen barriers on their way to the ocean. The smolts die from passing through turbines, high levels of dissolved gas caused by water plunging over spillways, migration delays, disease and predation by fish-eating birds.

"Of those five causes, the corps has observed avian predation is typically more significant than any other single cause of juvenile mortality," said Bruce Henrickson, a spokesman for the agency's Walla Walla District. "Other mortality causes may increase in importance from time to time, such as fish disease. But in the long run, avian predation is the single most important cause of juvenile salmonids mortality."

Because dams concentrate juvenile salmon and cause some of them to become disoriented as they pass through turbines or fish passage systems, predatory birds congregate below them to feast on the bounty. A 2009 study estimated that between 4 percent and 21 percent of smolts passing through the dams are eaten by birds.

Not everybody sees the issue the same way. Kierán Suckling, executive director of the Center for Biological Diversity, said there are better ways to protect the fish, and it starts with removing dams.

The corps has long used nonlethal methods to harass the birds. Henrickson said the agency has been encouraged by the National Marine Fisheries Service to consider killing birds and opted this year to do so. However, he said hazing with water cannons, fire crackers and wires strung above the river that disrupt flight paths will continue to be used.

The corps contracts with the federal Wildlife Services Agency to implement the nonlethal hazing practices. The same agency will use shotguns to kill what Henrickson called problem birds or small groups of birds.

"They observe specific individual or small group behaviors, and if those birds don't retreat from nonlethal hazing, then lethal take is considered as an option," he said.

In 2011, Wildlife Services completed an environmental analysis that outlines how the agency will deal with a host of bird problems throughout Washington. The document indicates that nonlethal methods are preferred to reduce problem birds, but it does allow the agency to kill birds.

None of the bird species targeted for removal at the dams are listed under the Endangered Species Act but they are protected by the Migratory Bird Treaty Act. The environmental assessment found that 2,500 California gulls, 3,400 ring-billed gulls and 705 cormorants could be killed in Washington without affecting their distribution, abundance or population trends.