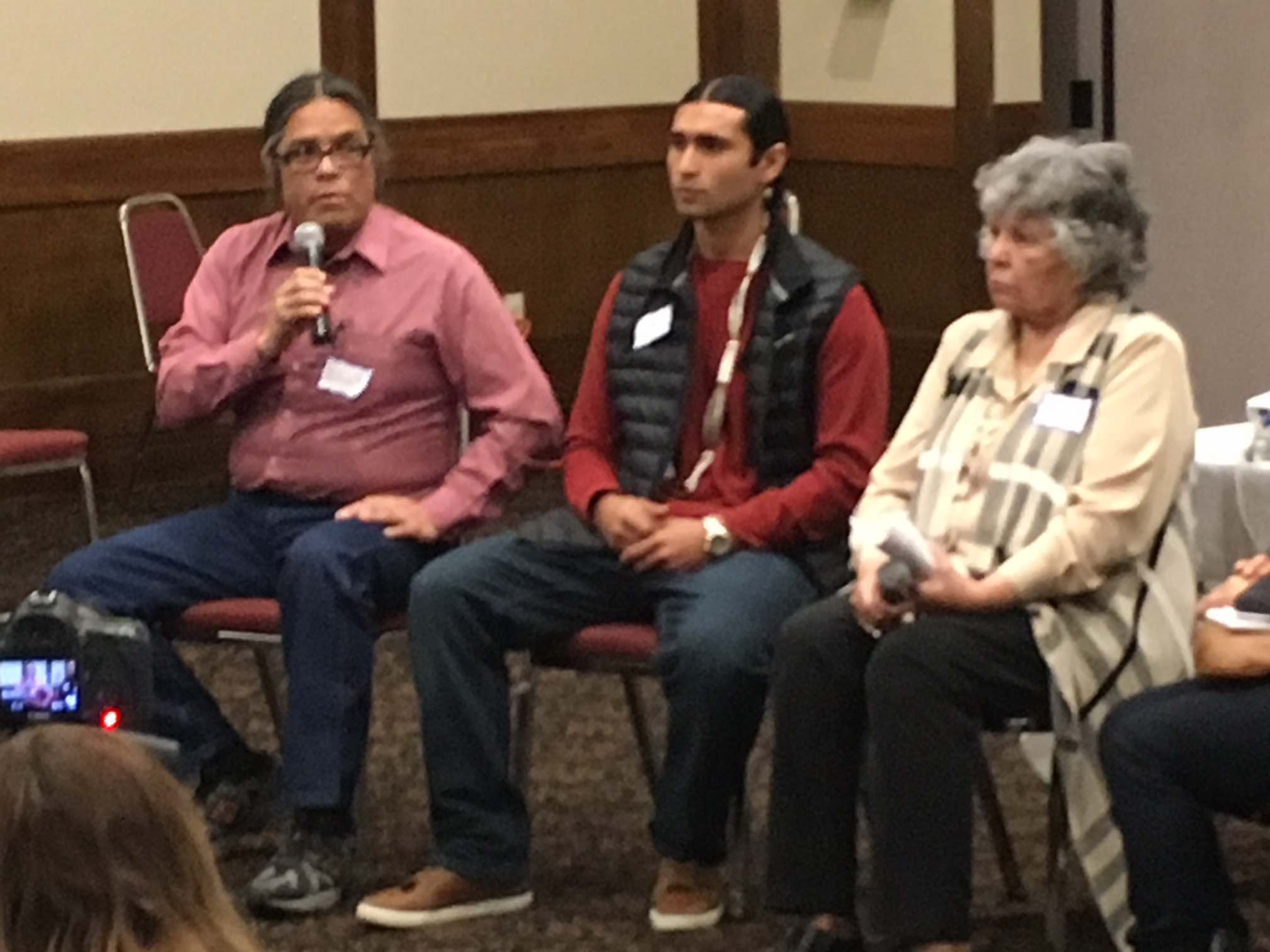 LISTEN TO THE STORY HERE.

The state of the salmon population in Idaho’s Snake River was the topic of a passionate discussion during a conference hosted by members of Idaho’s Nez Perce Indian tribe over the weekend.

The Northwest used to be home to some of the world’s largest salmon runs.

“The resiliency of the salmon is so beautiful that I liken the Native American to the salmon story,” Nez Perce Tribe Chairman Mary Jane Miles said.

Miles spoke on a panel discussion hosted by Nimi’ipuu Protecting the Environment, a tribal group advocating for the environment. They highlighted the impact of four federal dams on salmon runs in the lower Snake River.

According to Nimi’ipuu, the federal government has invested more than $15 billion on salmon recovery, without success.

The group said dam removal is necessary to restore the salmon population under sovereign rights outlined in a treaty signed in 1855 between the Nez Perce Tribe and the U.S. Government.